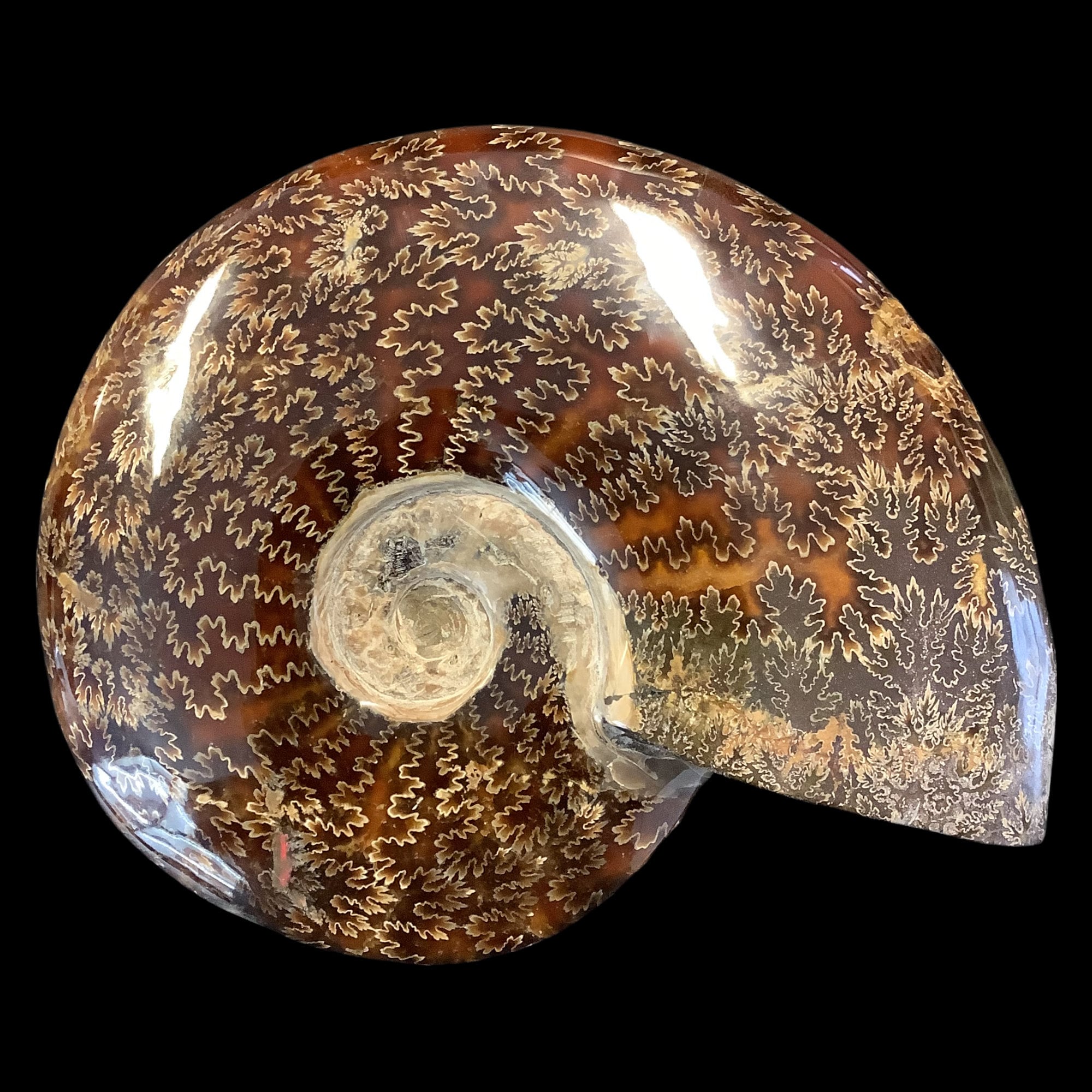 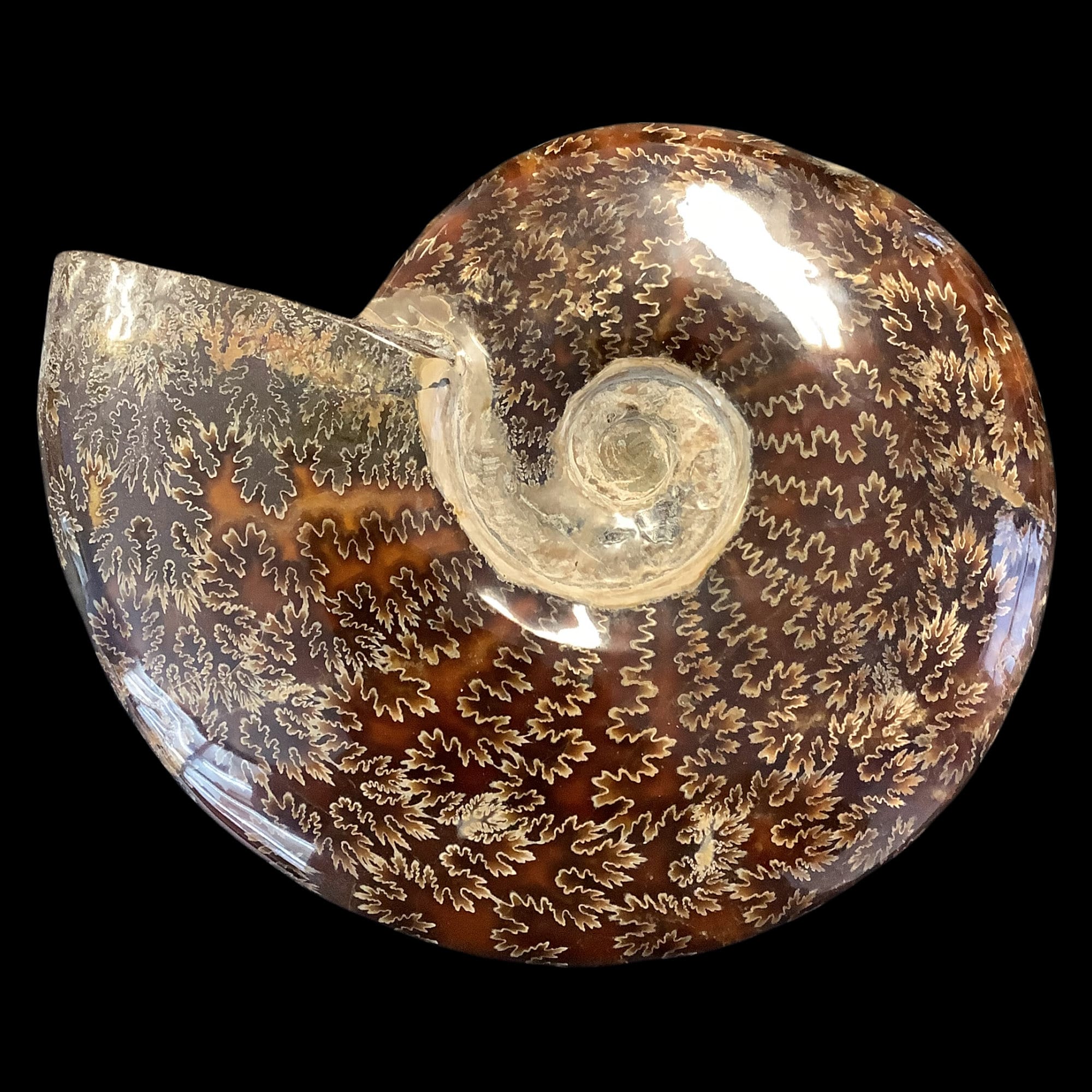 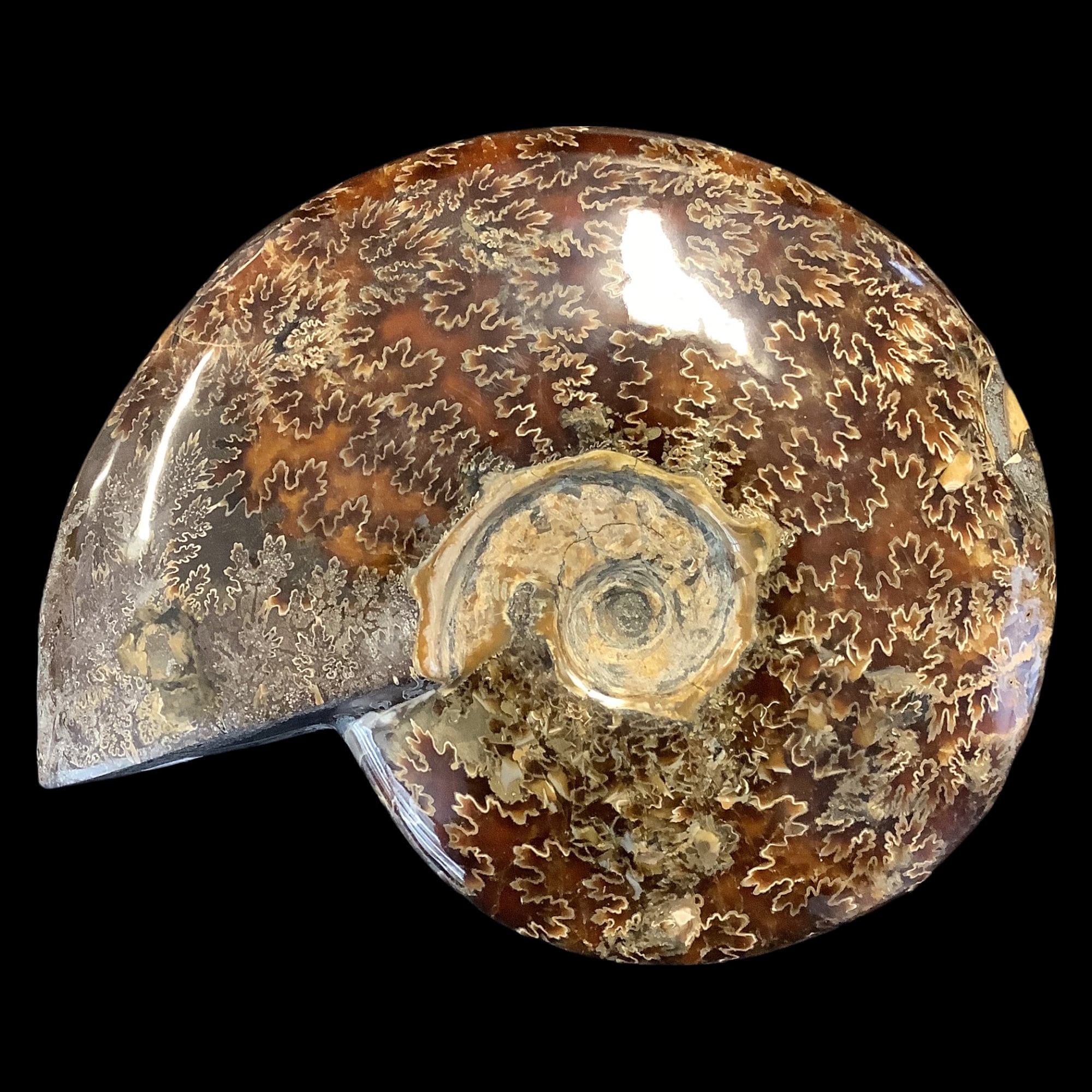 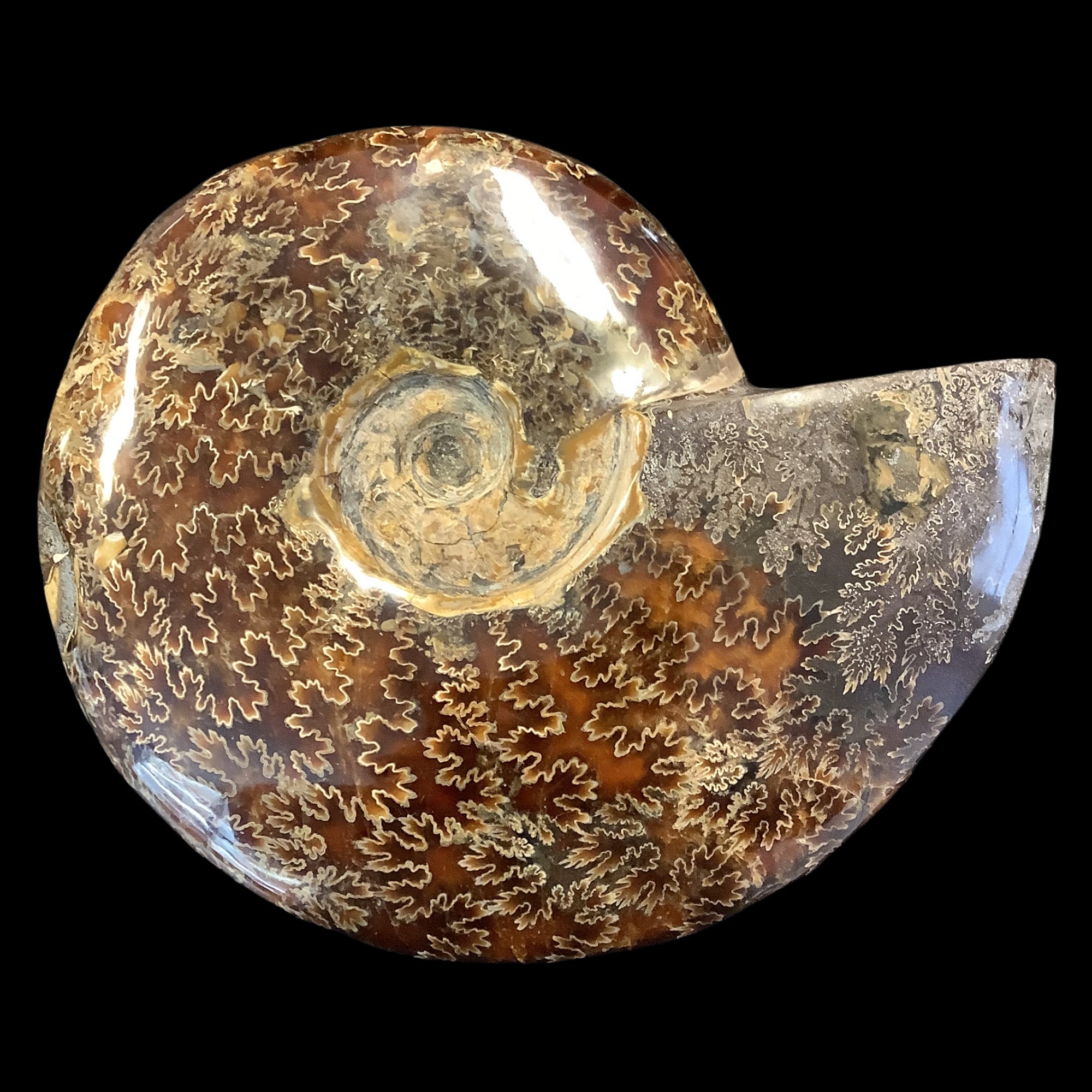 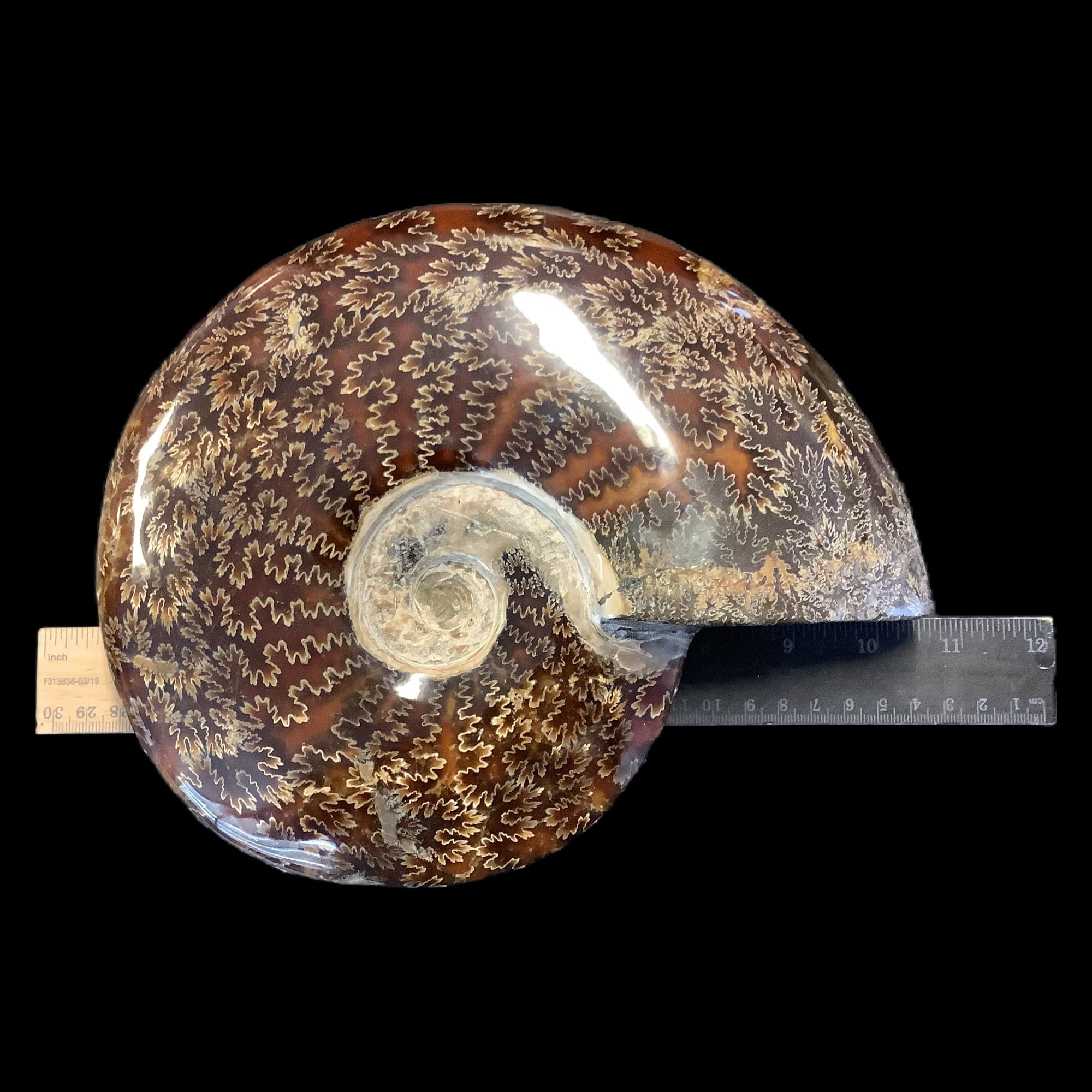 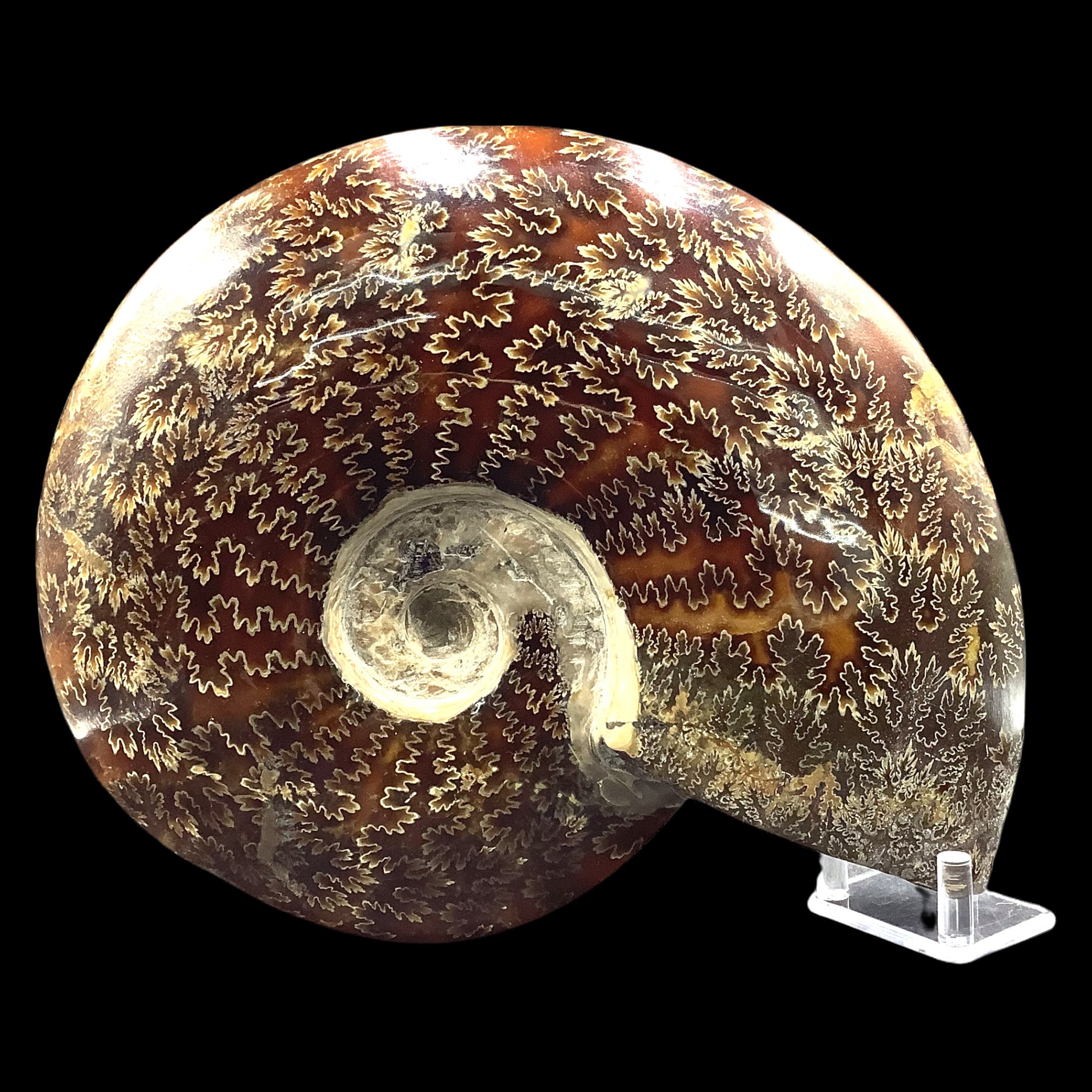 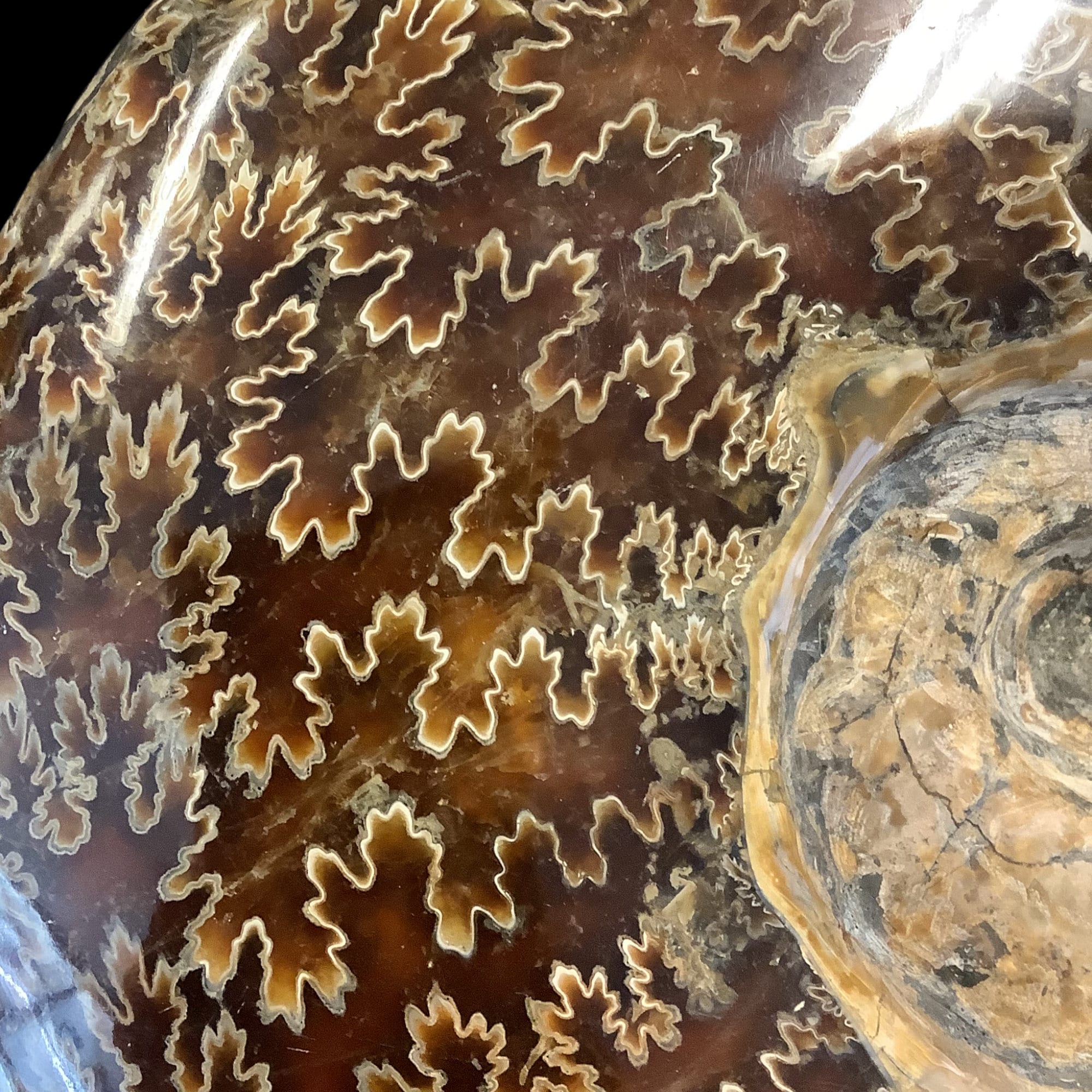 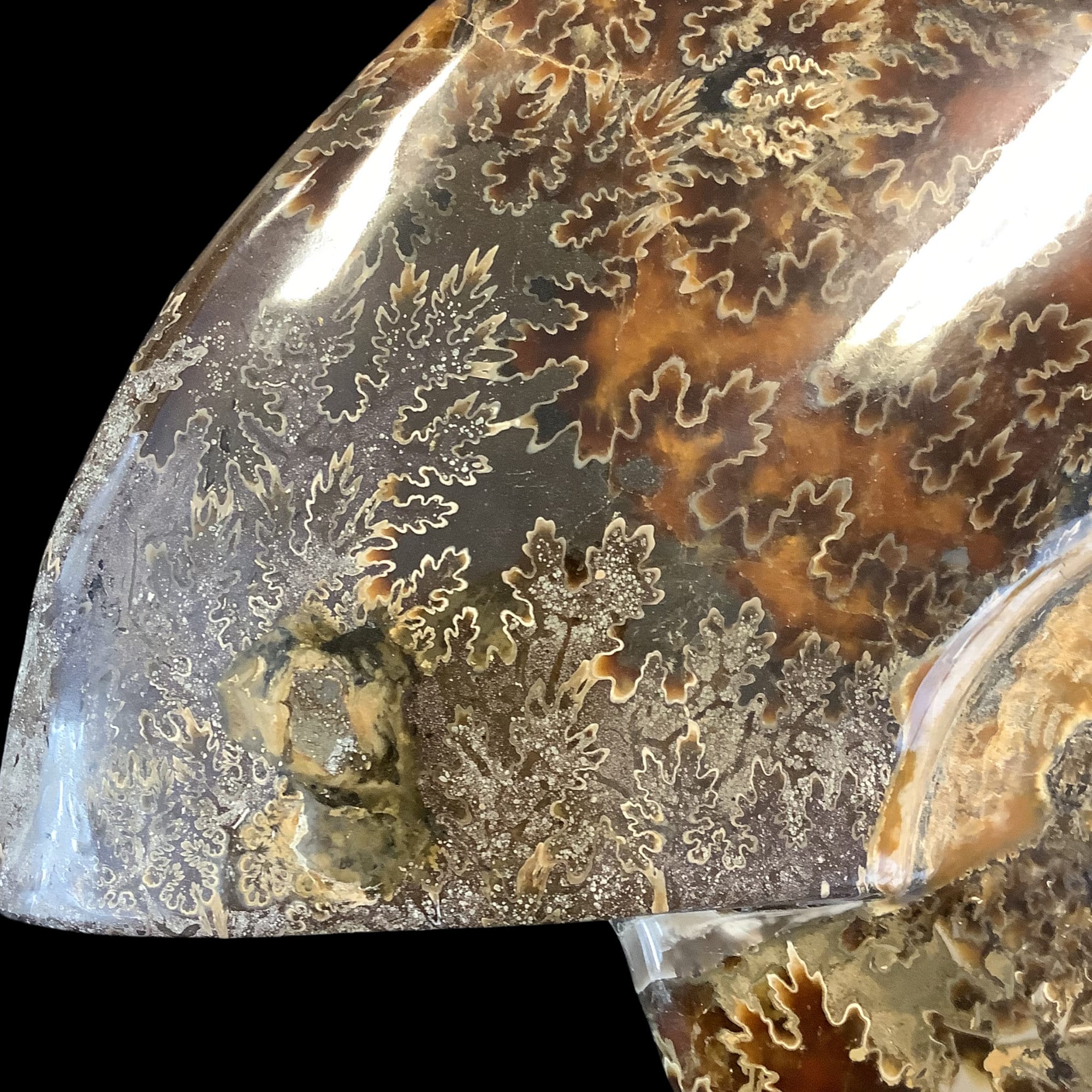 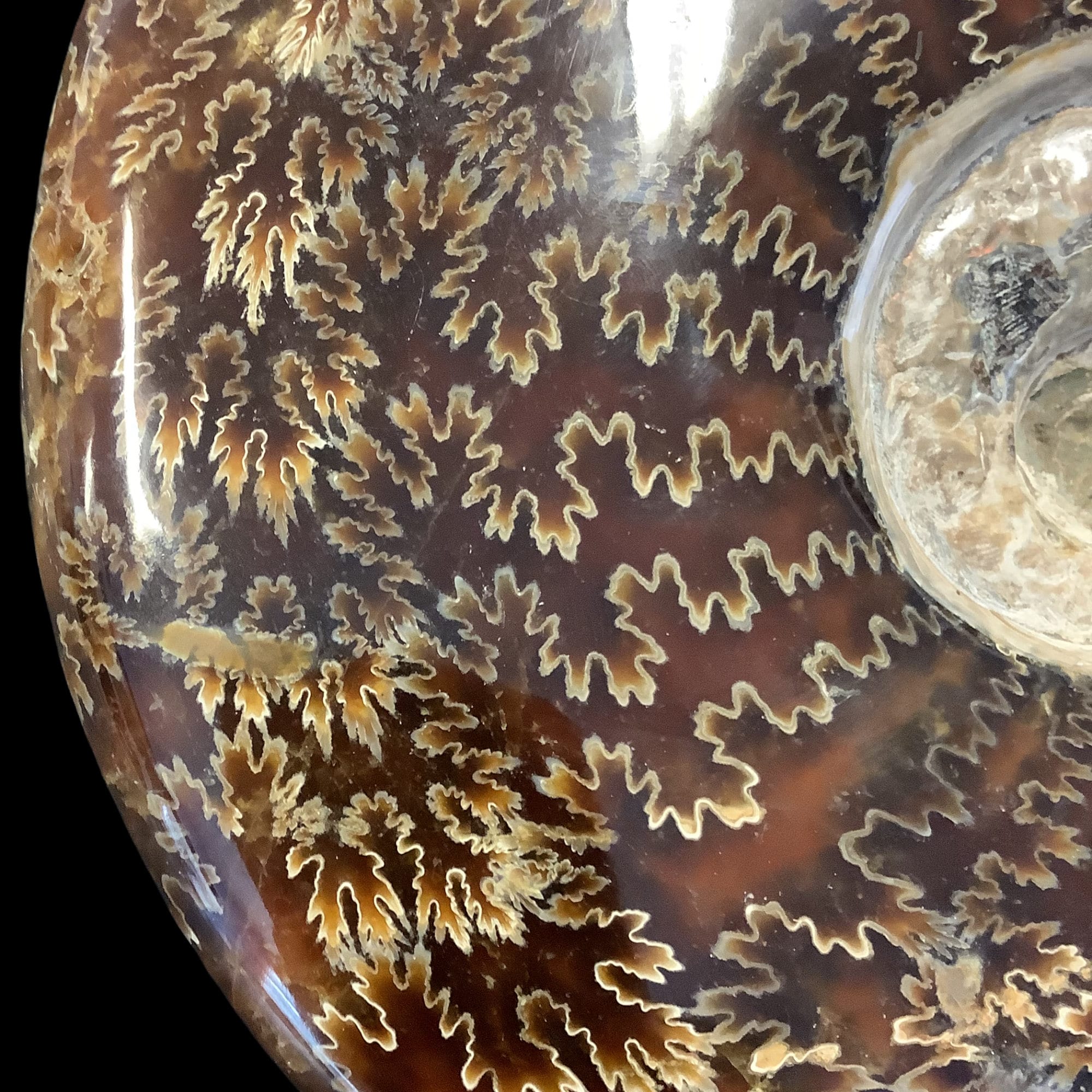 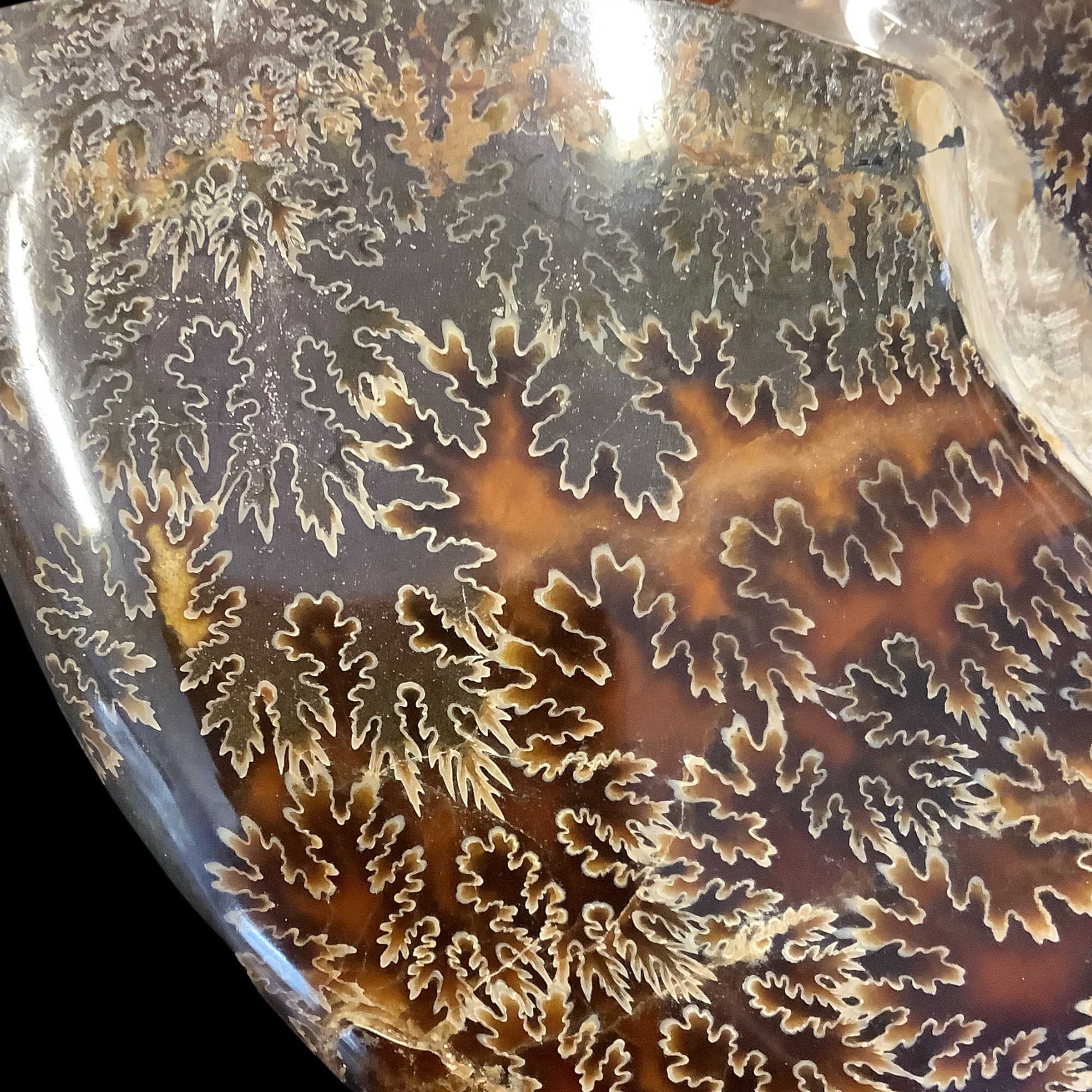 This ammonite is amazing. The detail of the sutures defined throughout this piece are beautiful. It's truly fascinating to imagine the history this piece has seen in the tens of millions of years since it lived! This is a great piece for any collection or decoration in your home or office! Please note, The stand is used for photography purposes only and is not included.