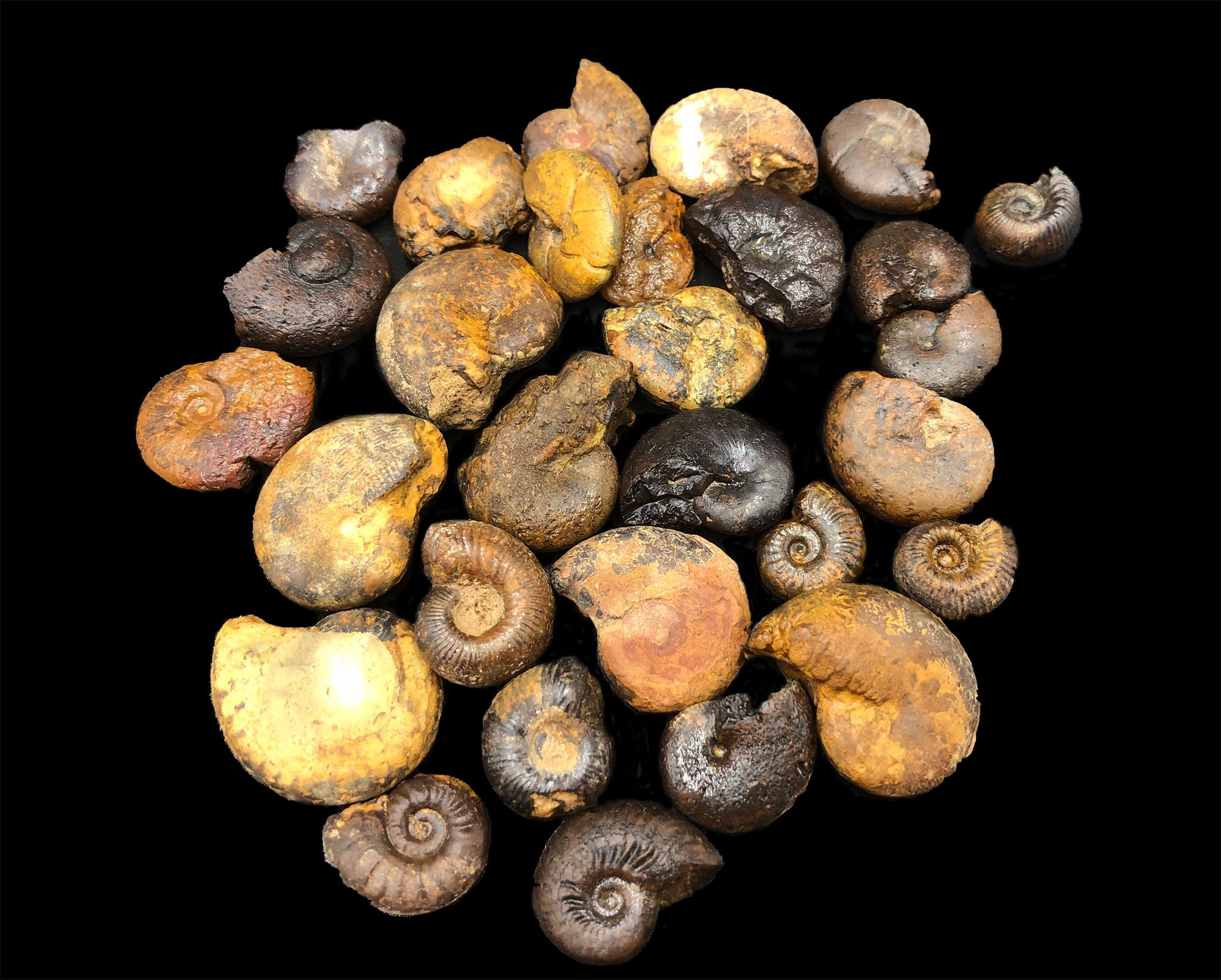 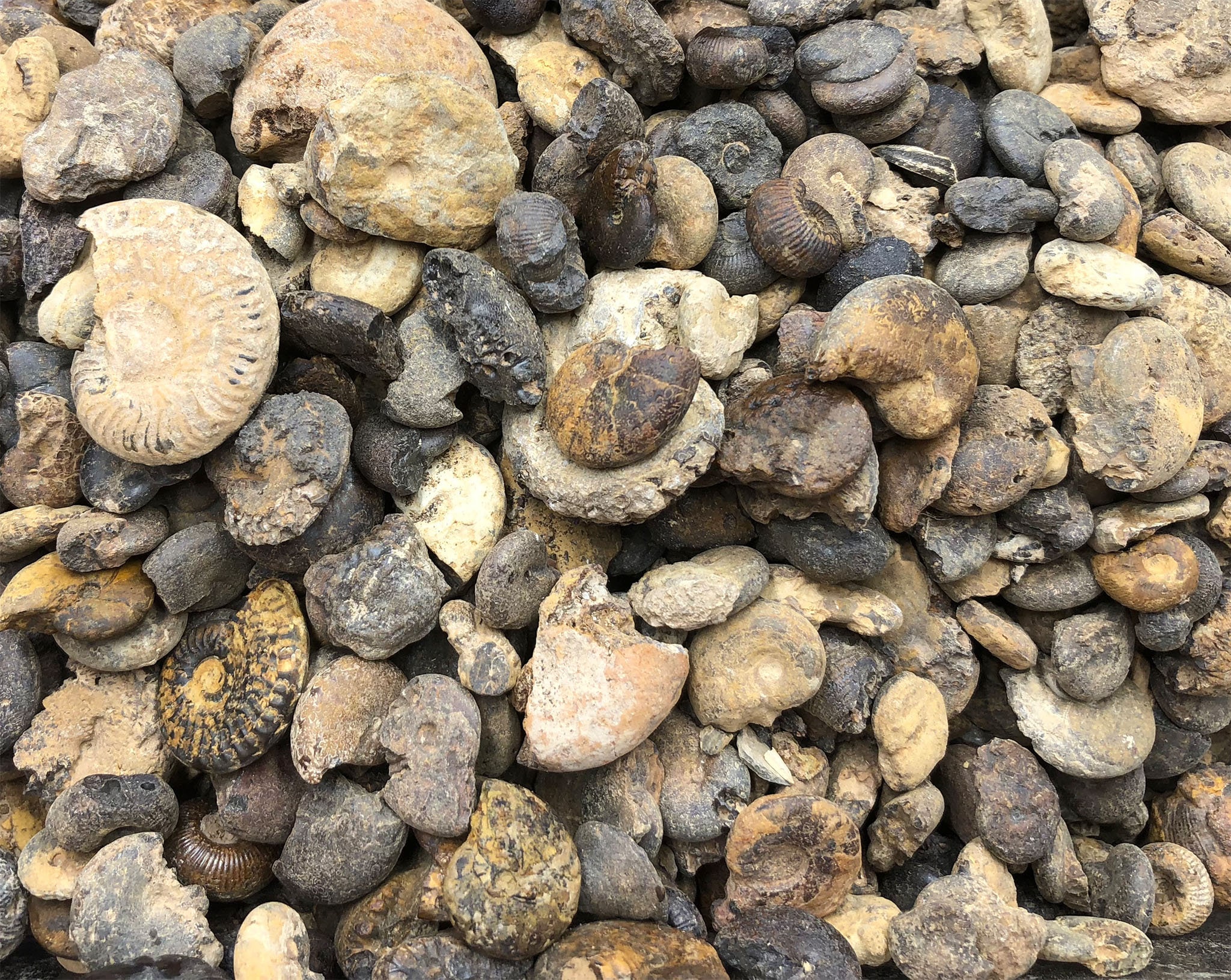 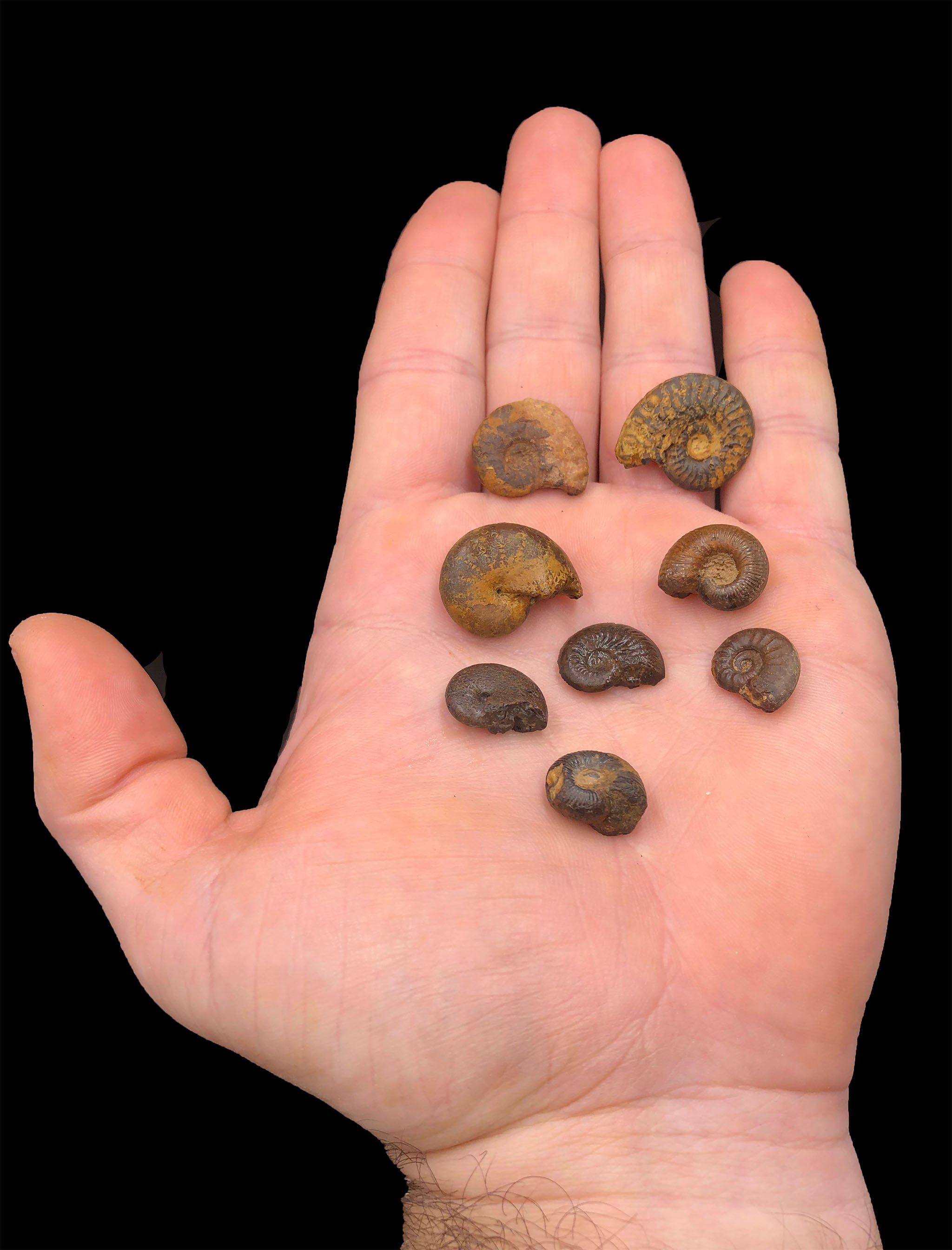 4 ounces of small Ammonites from Morocco. These little ammonoids range in size from 1/2" to 1" on average. While being alive millions of years ago, these little specimens have fossilized very well with extreme details shown on each one. You will receive 4 ounces of these little creatures. On average, each 4 ounces include 20 - 30 small ammonites. These are great for craft/school projects, hand on science lessons or having a backyard fossil dig and or just adding to your fossil collection!

*NOTE: SOME photos show wet to better describe detail of each ammonite"

Each order will vary in size of each ammonite and photos to be used as reference point only. Some may have small imperfections or dings.

These are beautiful small ammonites ranging from 1/2 inch to 1 inch at a crazy good price AND fast shipping! Most have good detail.

I had so much fun scrubbing these clean and going thru them to see what was in the mix. I felt like a kid again! I'm going to make a few into silver jewelry.

these are a perfect addition to my work!