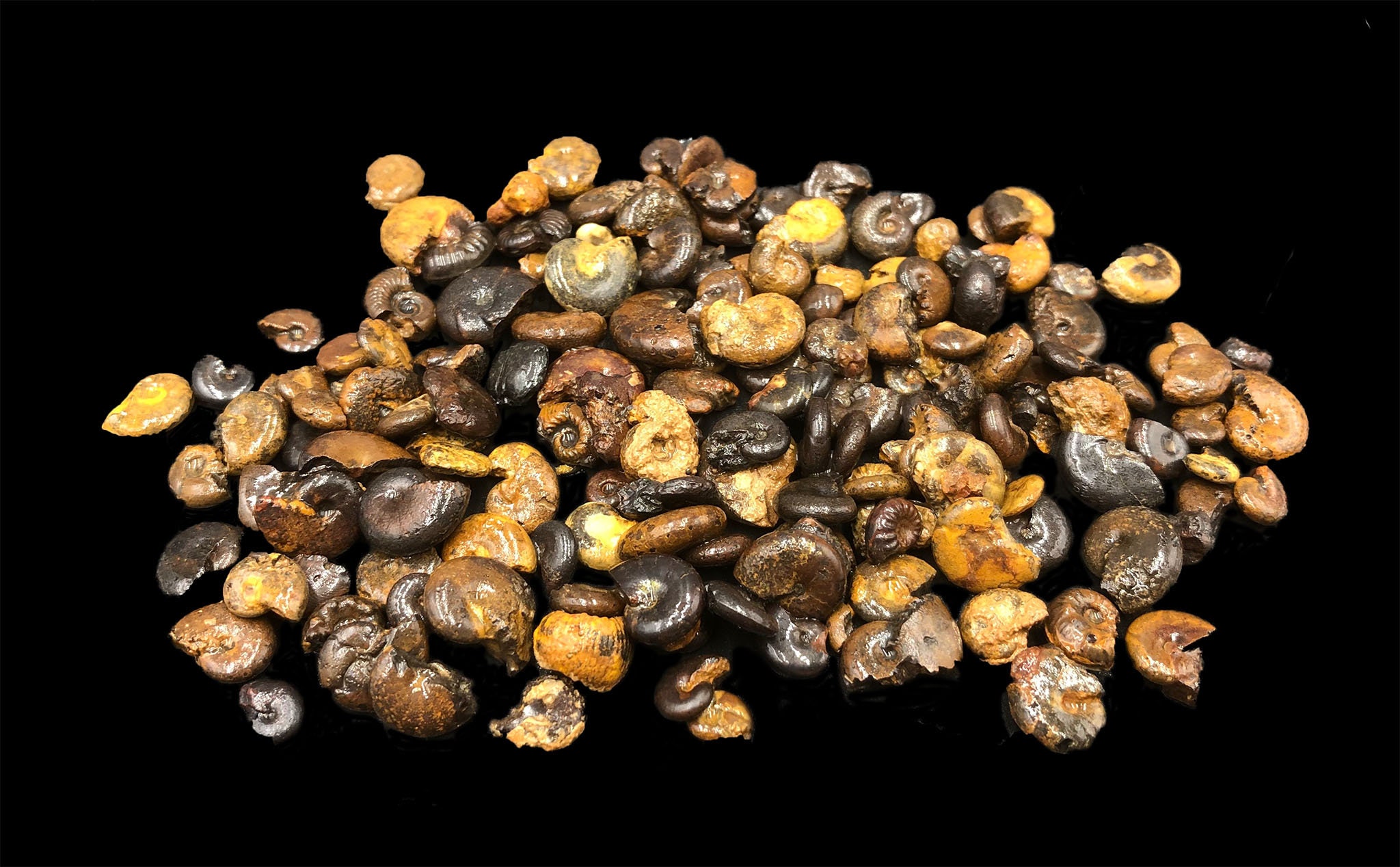 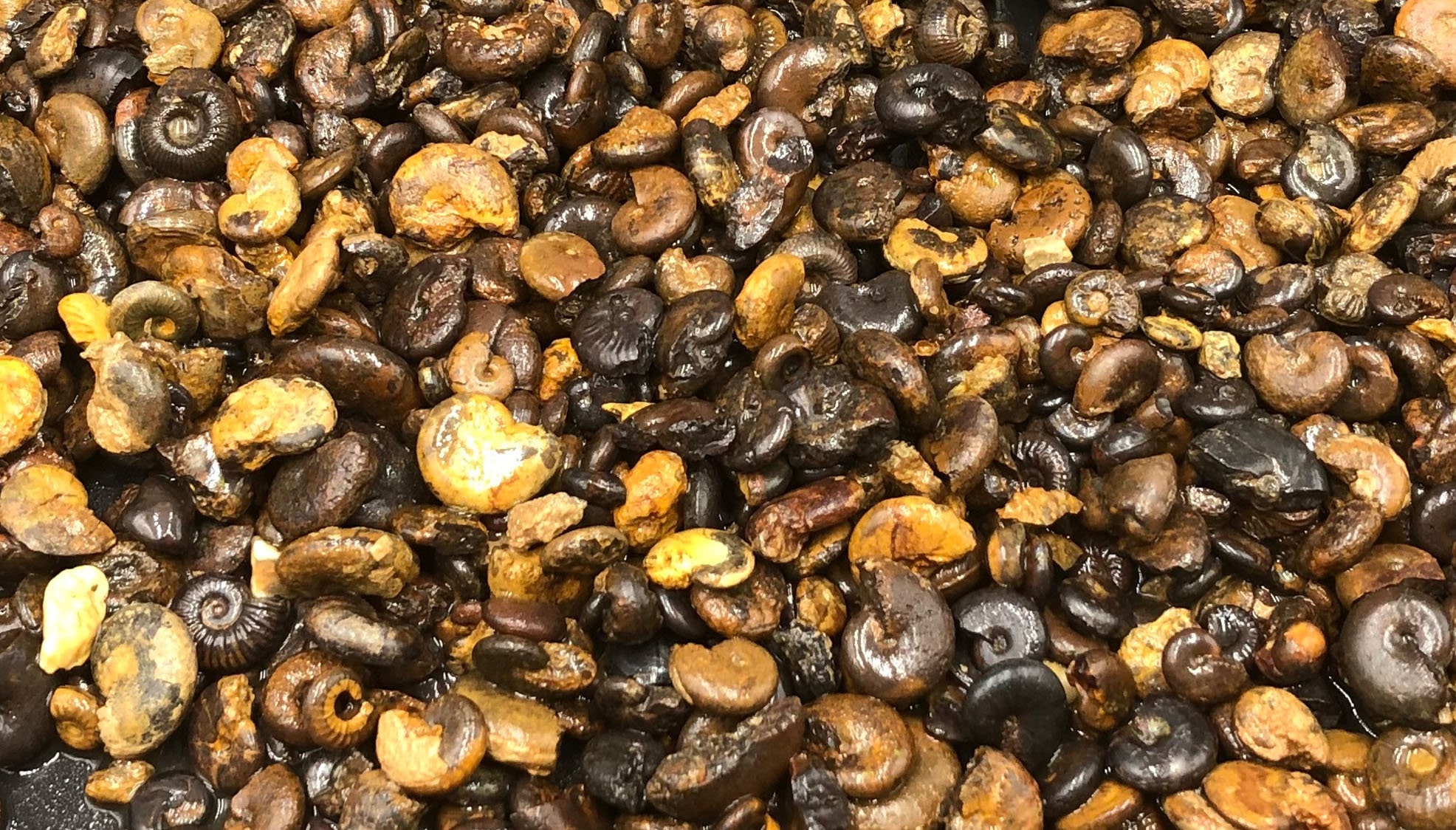 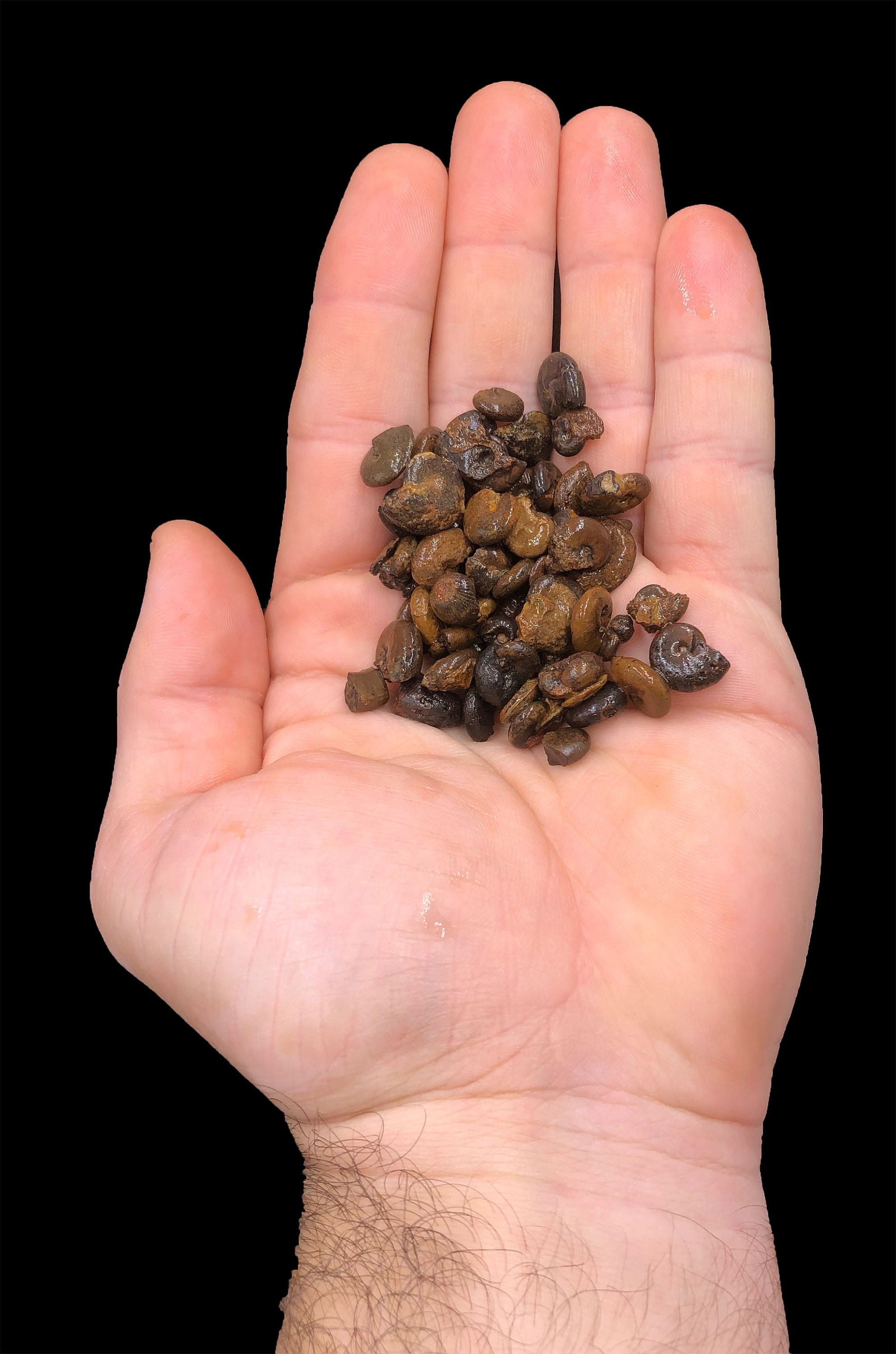 4 ounces of tiny Ammonites from Morocco. These little ammonoids range in size from 1/4" to 1/2" on average. These little creatures are TINY! While being alive millions of years ago, these little specimens have fossilized very well with extreme details shown on each one. You will receive 4 ounces of these little creatures. On average, each 4 ounces include 60-80 tiny ammonites. These are great for craft/school projects, hand on science lessons or having a backyard fossil dig and or just adding to your fossil collection!

*NOTE: SOME photos show wet to better describe detail of each ammonite"

Each order will vary in size of each ammonite and photos to be used as reference point only. Some may have small imperfections or dings.


Ammonoids are an extinct group of marine mollusc animals in the subclass Ammonoidea of the class Cephalopoda. These molluscs are more closely related to living coleoids (i.e., octopuses, squid, and cuttlefish) than they are to shelled nautiloids such as the living Nautilus species.[citation needed] The earliest ammonites appear during the Devonian, and the last species died out during the Cretaceous–Paleogene extinction event.

These tiny ammonites are the cutest fossils ever! They are exactly the right size I was looking for & will be perfect for my project. Thank you, CobbleCreekMiningCo!

I never knew ammonites came in a wide range of sizes. Will be perfect for my projects.