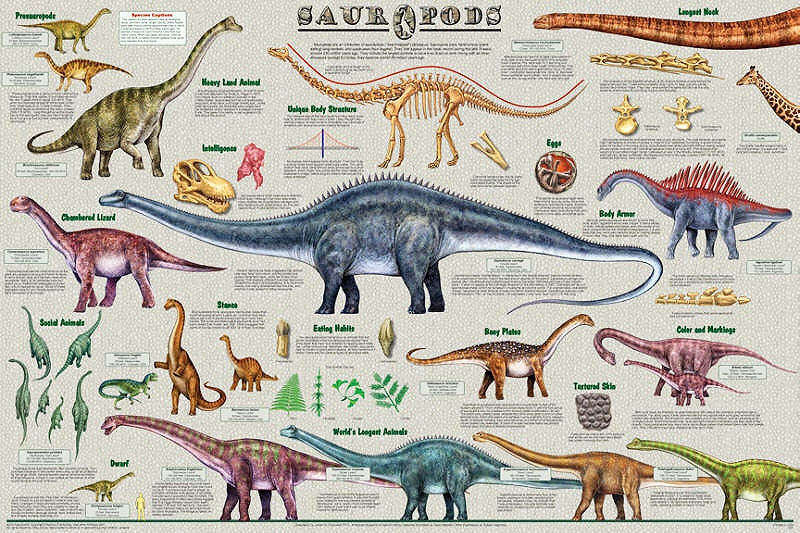 Sauropoda are a clade of saurischian (“lizardhipped”) dinosaurs. Sauropods were herbivorous (plant-eating), long-necked, and quadruped (fourlegged). They first appear in the fossil record during the late Triassic, around 230 million years ago. They include the largest animals to have ever lived on land. Along with all other dinosaurs (except for birds), they became extinct 65 million years ago.

This poster shows all the largest species. Some were close to 200 feet long - the length of four school buses. Also shown are some of the more unique species. Camarasaurus vertebrae were hollowed out or riddled with passages and cavities, which inspired its name, “Chambered Lizard.” Mamenchisaurus had a 31-foot-long neck that comprised half of the body length of the animal. For size comparison, the neck of a giraffe is shown next to it in the same scale.

The unique body structure of these fascinating animals is explored. Could they rear upright like a horse? Other interesting topics are intelligence, teeth and diet, eggs, skin texture, and social behavior.

Created with the help and cooperation of the American Museum of Natural History.