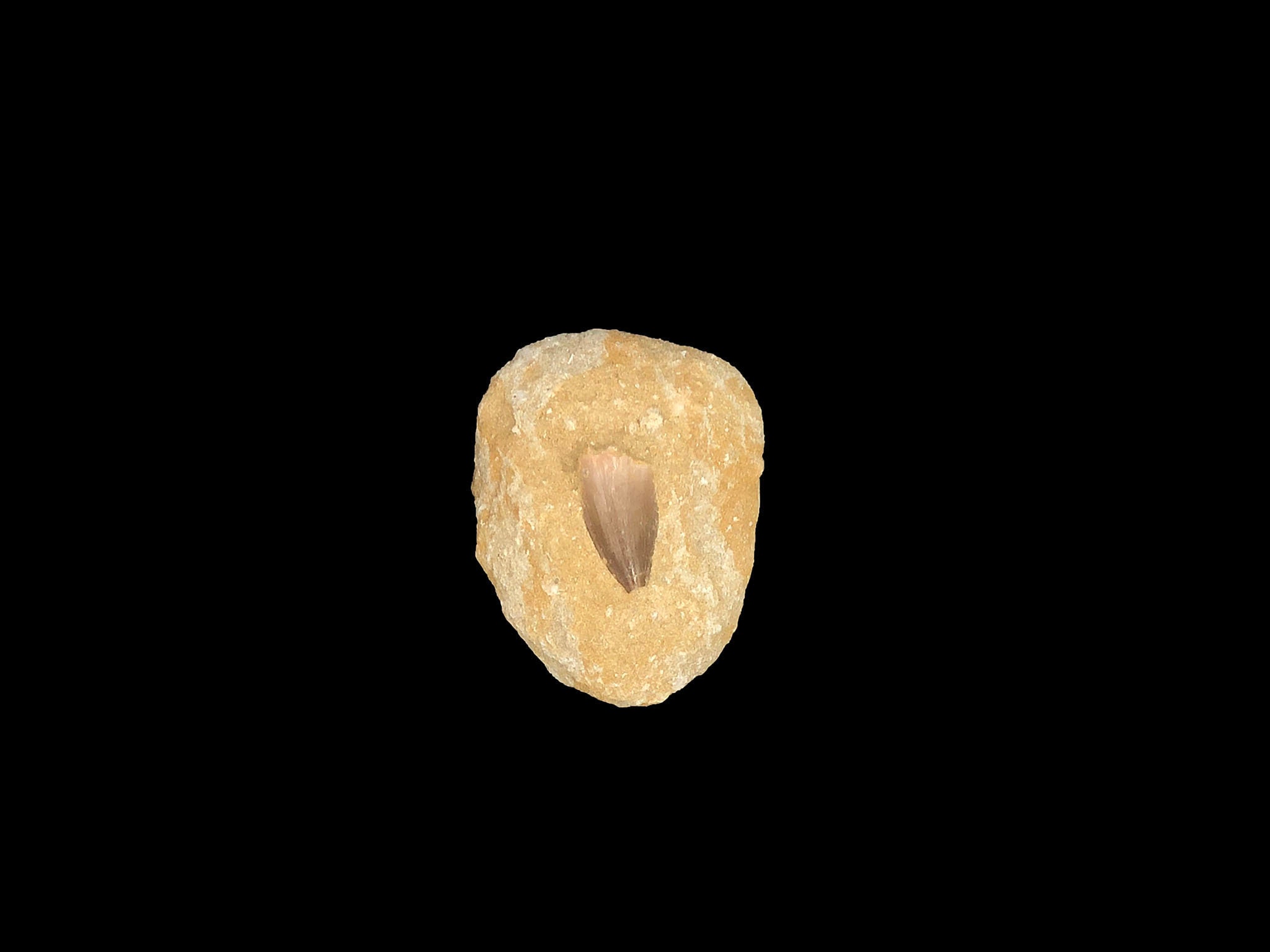 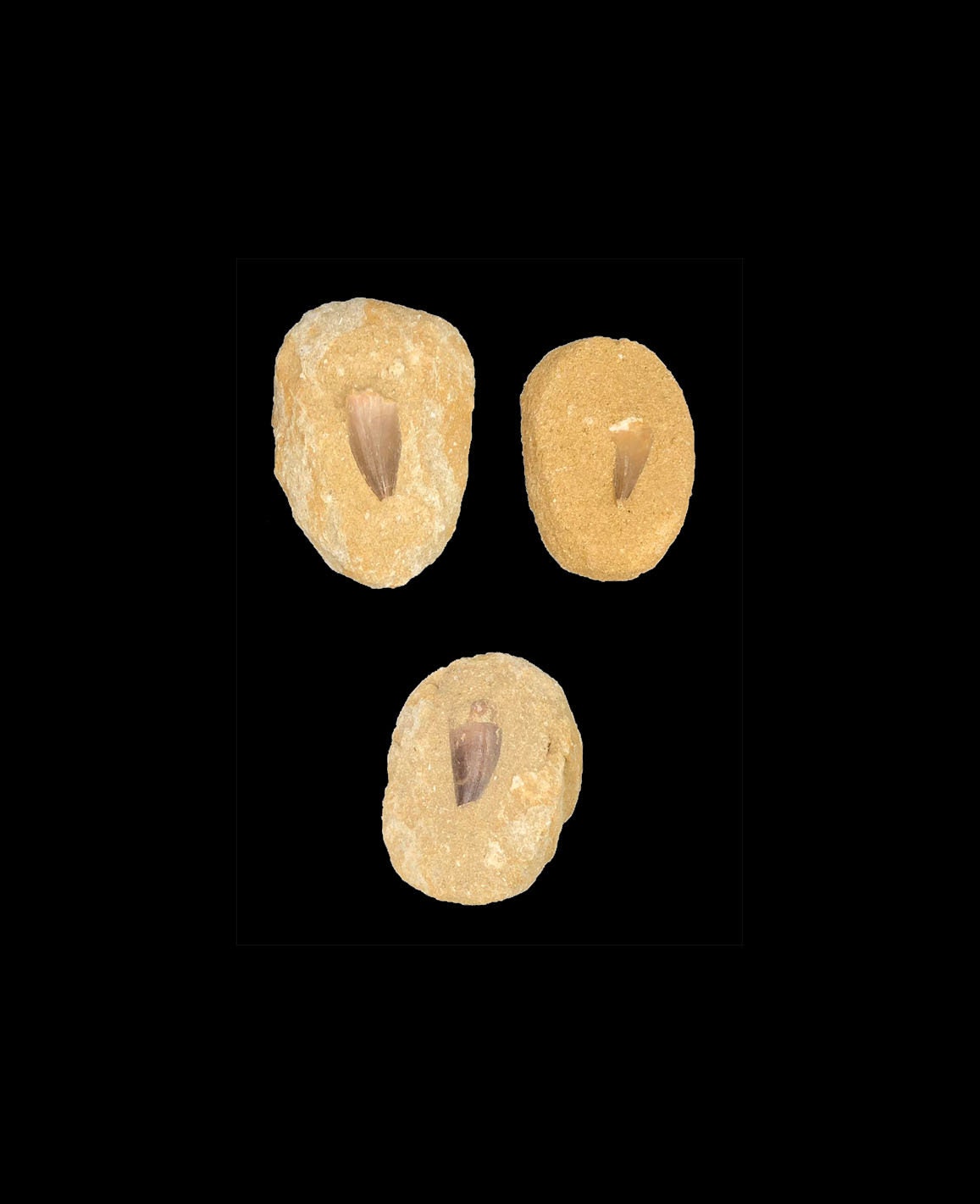 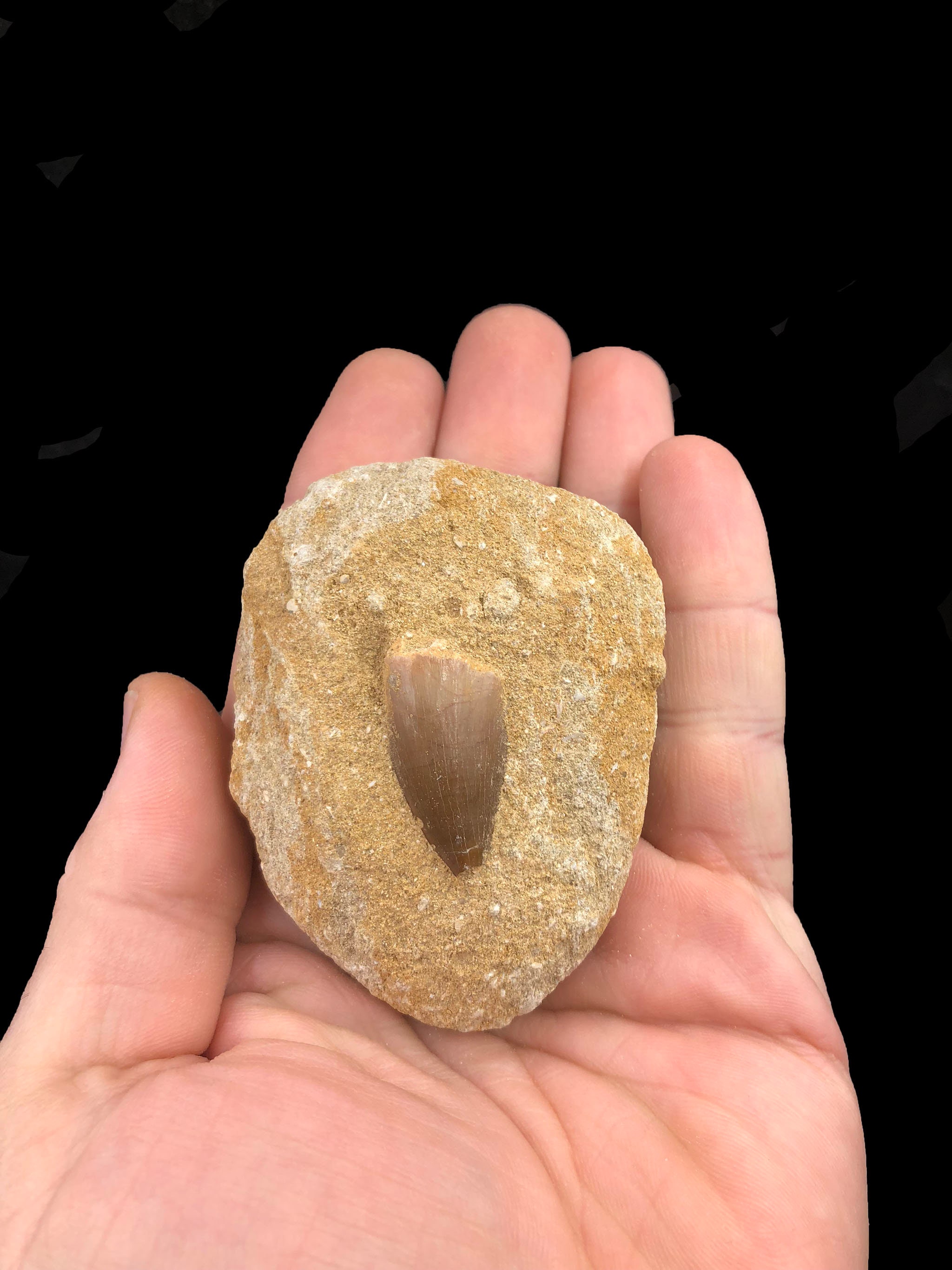 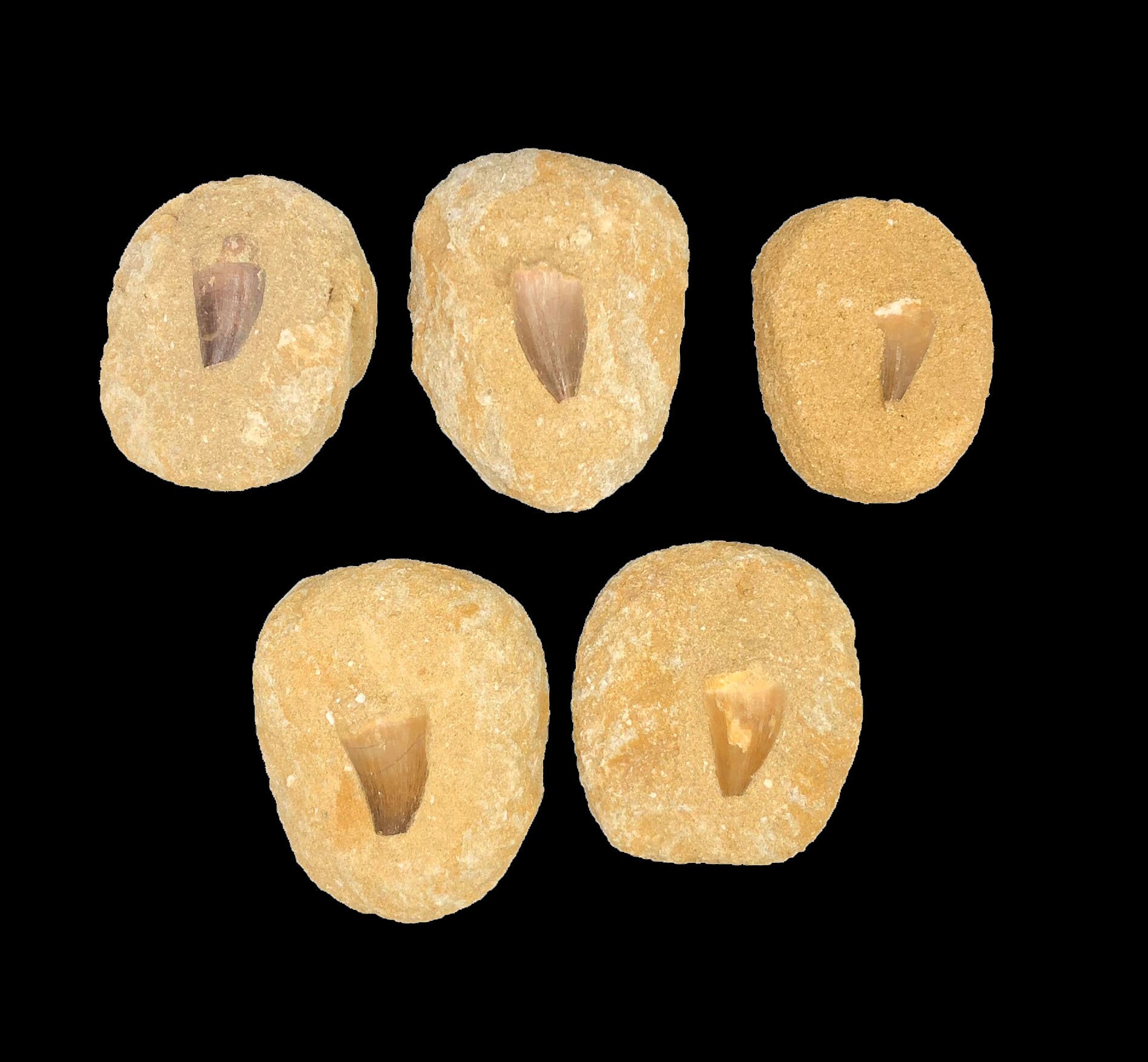 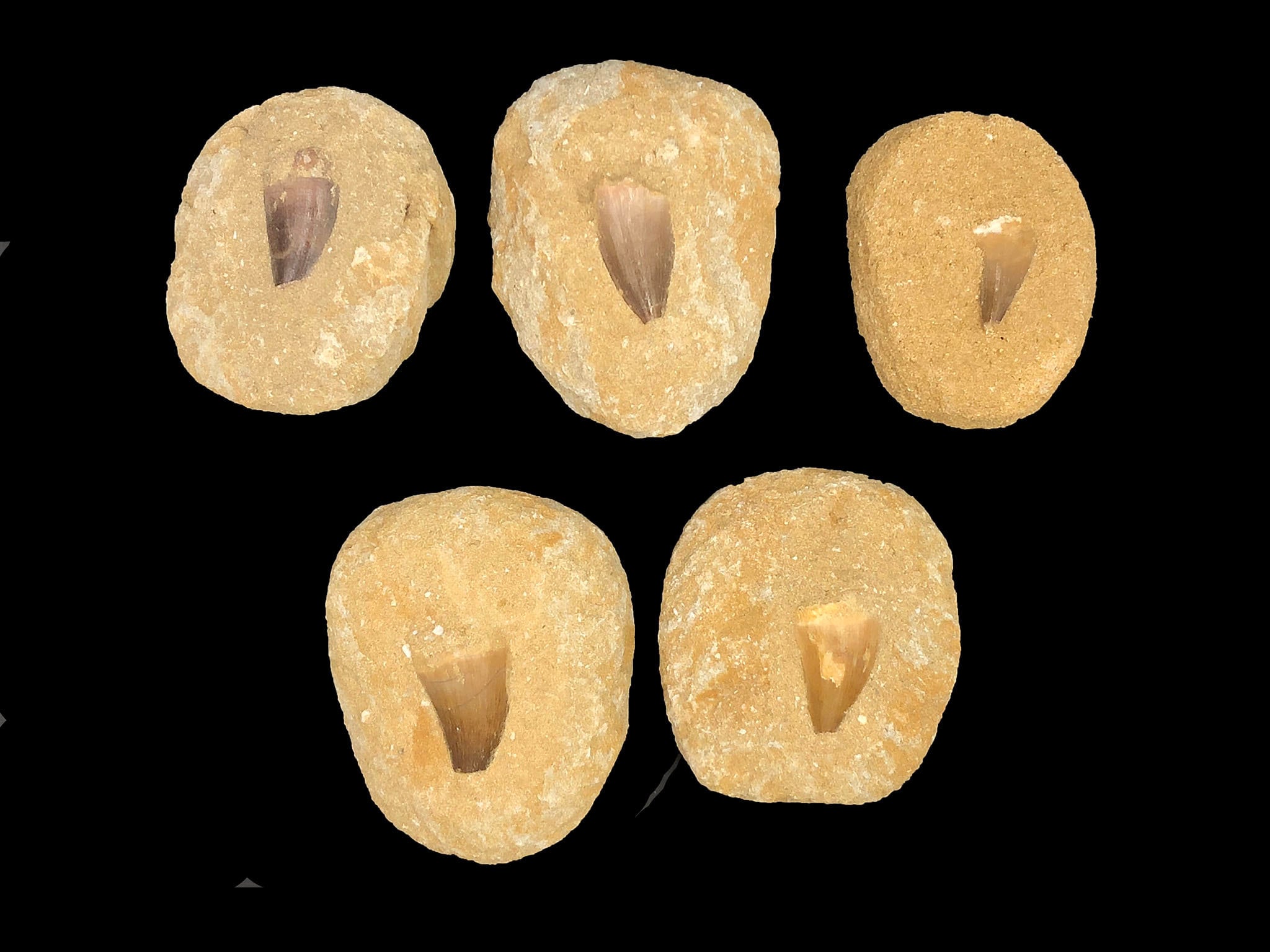 1 Mosasaur Tooth on Matrix 1 1/2" x 1 1/2" from Morocco. These mosasaur teeth range from 1 1/2" to 2". The host rock that they reside on is sized from 1 1/2" x 1 1/2"on average. Most teeth and host rock, or matrix have some level of repair or reconstruction completed. That's what makes them so cheap and a great learner fossil to pass around the class room. These are very common fossils from Morocco. Photos to be used as reference points only. Shape and size of each item you will receive from photo.

*FULL DISCLOSURE: These mosasaur teeth have some level of repair and or reconstruction to them and or their host rock as well.*