COMBO: 1/2 LB Amethyst and 1/2 LB Citrine Points Rough from Brazil
All orders over $35 ship free within the US! 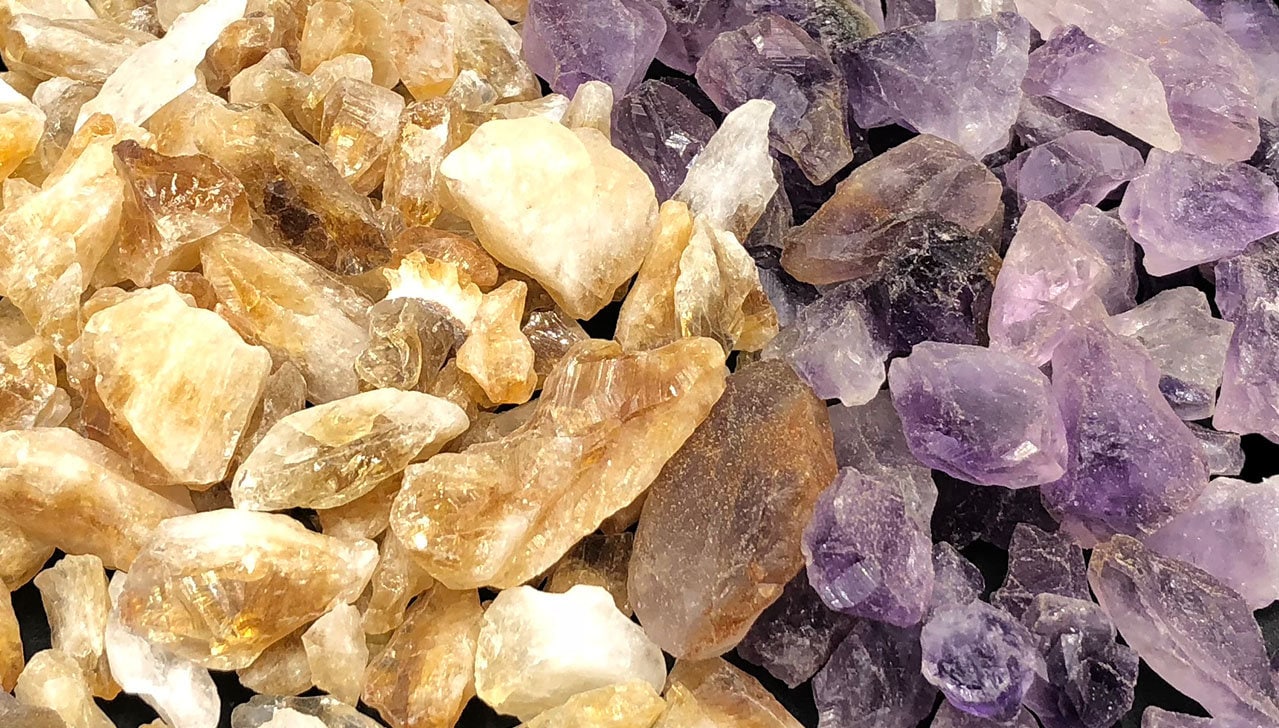 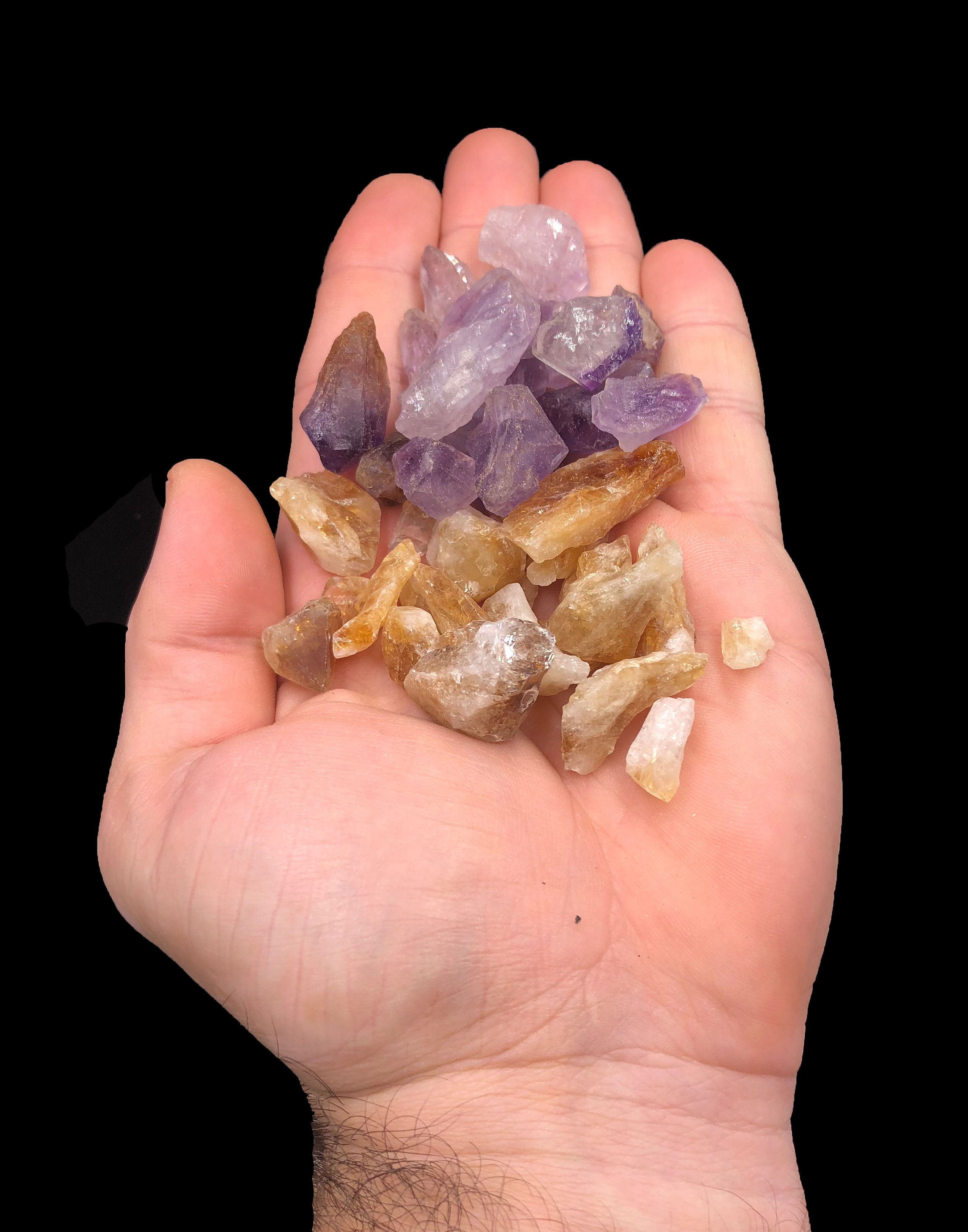 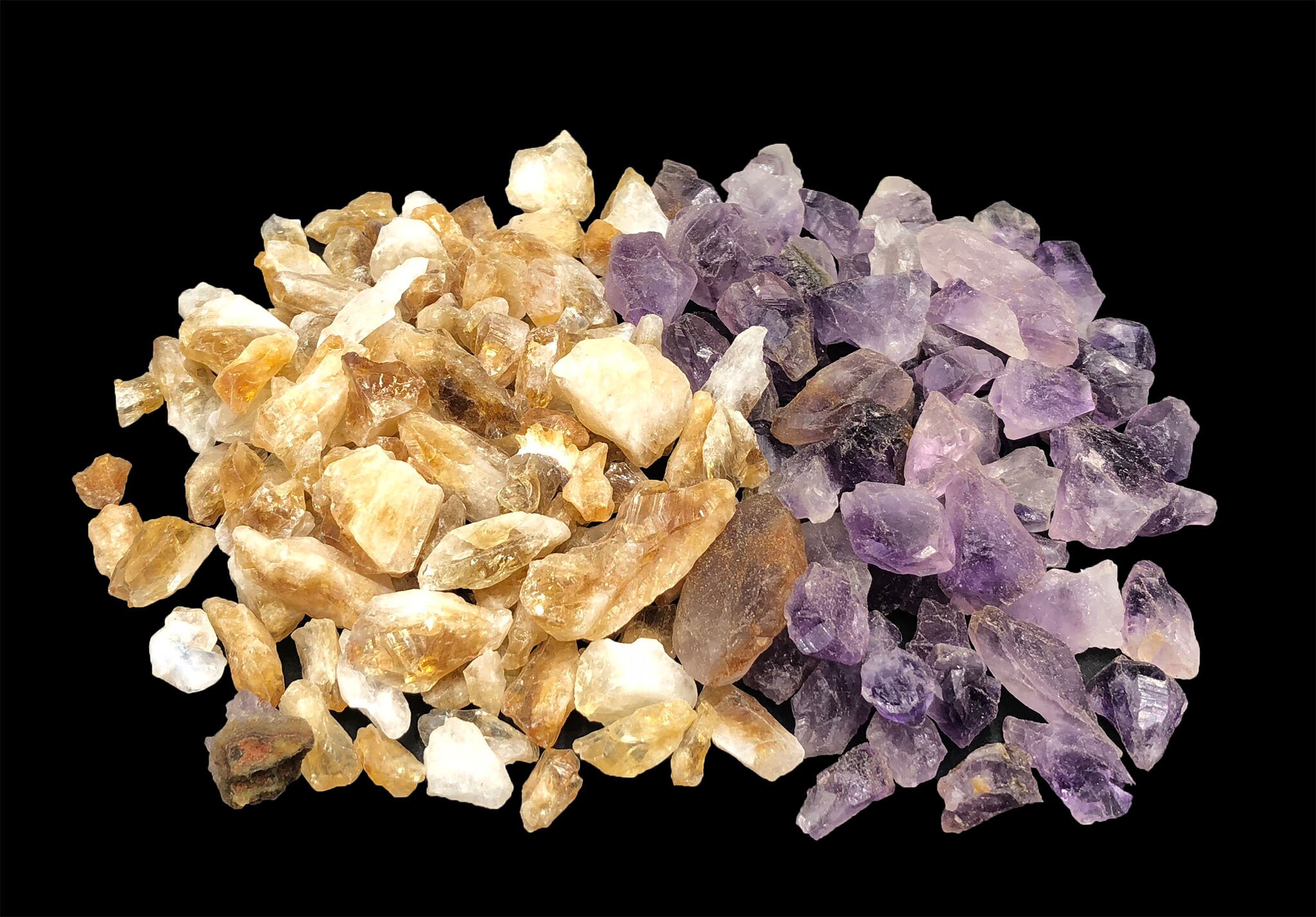 Each pound will be a random pull from our bulk supply.
Last photo shown wet on dark background.

Amethyst is a violet variety of quartz often used in jewelry.

Amethyst crystals coated with hematite.
The name comes from the Koine Greek ἀμέθυστος amethystos from ἀ- a-, "not" and μεθύσκω methysko / μεθύω methyo, "intoxicate", a reference to the belief that the stone protected its owner from drunkenness.[1] The ancient Greeks wore amethyst and carved drinking vessels from it in the belief that it would prevent intoxication.

It is one of several forms of quartz. Amethyst is a semiprecious stone and is the traditional birthstone for February.

I ordered these to make different types of jewelry. Boy, have these elevated my game! I've hunted down quality stones like for so long and settled every time. Rich hues and good, quality pieces that vary in size and shape are important to me when I order a bag of mixed rough pieces. I make a variety of jewelry and include these stones in a variety of ways. The bag I received was packed full of the highest quality stones I've ever received. Now I see my pieces in different stores next to other crystal rings and necklaces and I'm stunned at the difference. My stuff looks amazing and everything else just seems faded and dull.