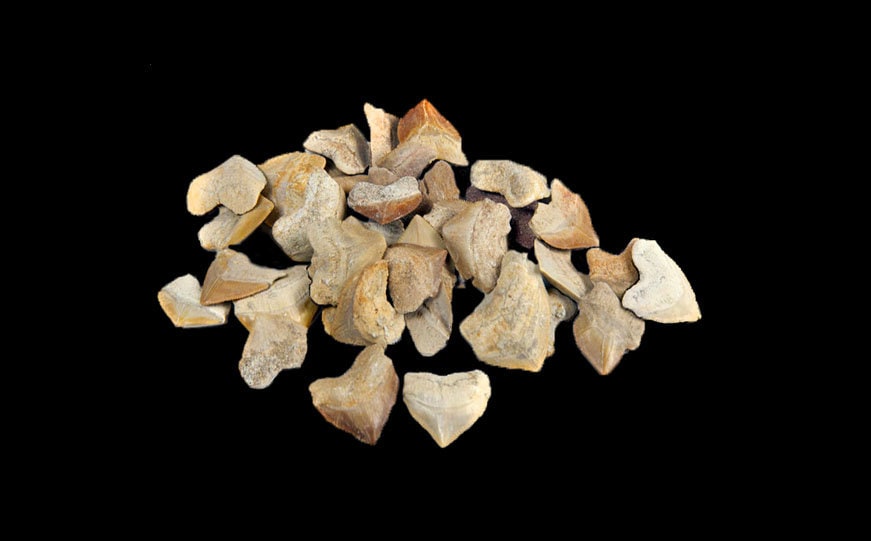 25 pack of Squalicorax Shark Teeth from Morocco. These shark teeth range from 1 to 2" on average. That's what makes them so cheap and a great learner fossil to pass around the class room. These are very common fossils from Morocco. Photos to be used as reference points only. Shape and size of each item you will receive from photo.

*FULL DISCLOSURE: These shark teeth have some level of repair and or reconstruction to them.*

Looking to provide Otodus Shark Teeth to your entire class or birthday party? Check out our other listings for either a 10 or 50 pack of Squalicorax Shark teeth.


From wikipedia:
https://en.wikipedia.org/wiki/Squalicorax
Squalicorax is a genus of extinct lamniform shark known to have lived during the Cretaceous period.

The name Squalicorax is derived from the Latin squalus for shark and the Greek κόραξ, "korax" for raven.

These sharks are of medium size, up to 5 m (usually around 2 m) in length. Their bodies were similar to the modern gray sharks, but the shape of the teeth is strikingly similar to that of a tiger shark. The teeth are numerous, relatively small, with a curved crown and serrated, up to 2.5 – 3 cm in height (the only representative of the Mesozoic Lamniformes with serrated teeth). Large numbers of fossil teeth have been found in Europe, North Africa, and North America.

Squalicorax was a coastal predator, but also scavenged as evidenced by a Squalicorax tooth found embedded in the metatarsal (foot) bone of a terrestrial hadrosaurid dinosaur that most likely died on land and ended up in the water.[1] Other food sources included turtles, mosasaurs, ichthyodectes, and other bony fishes and sea creatures.