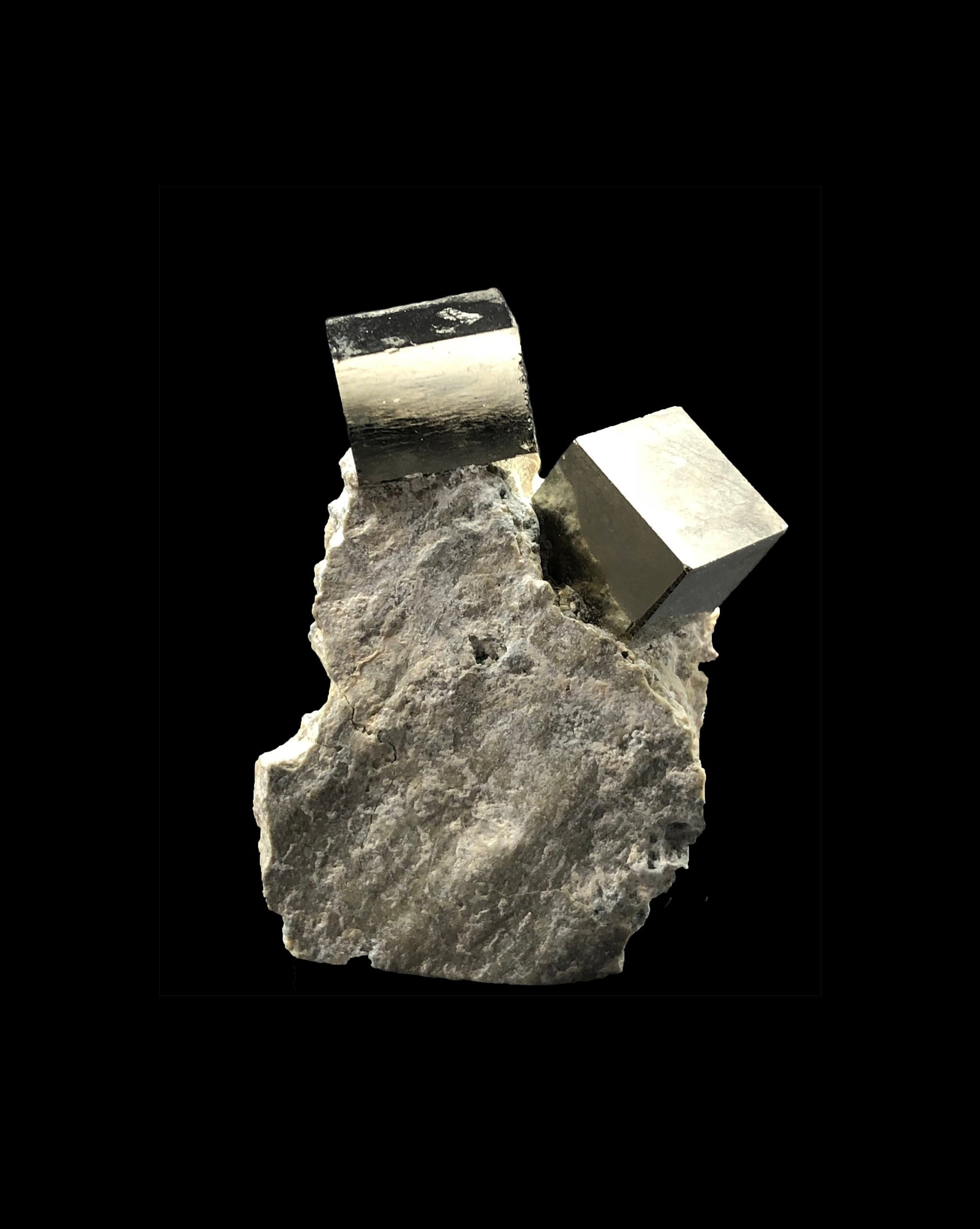 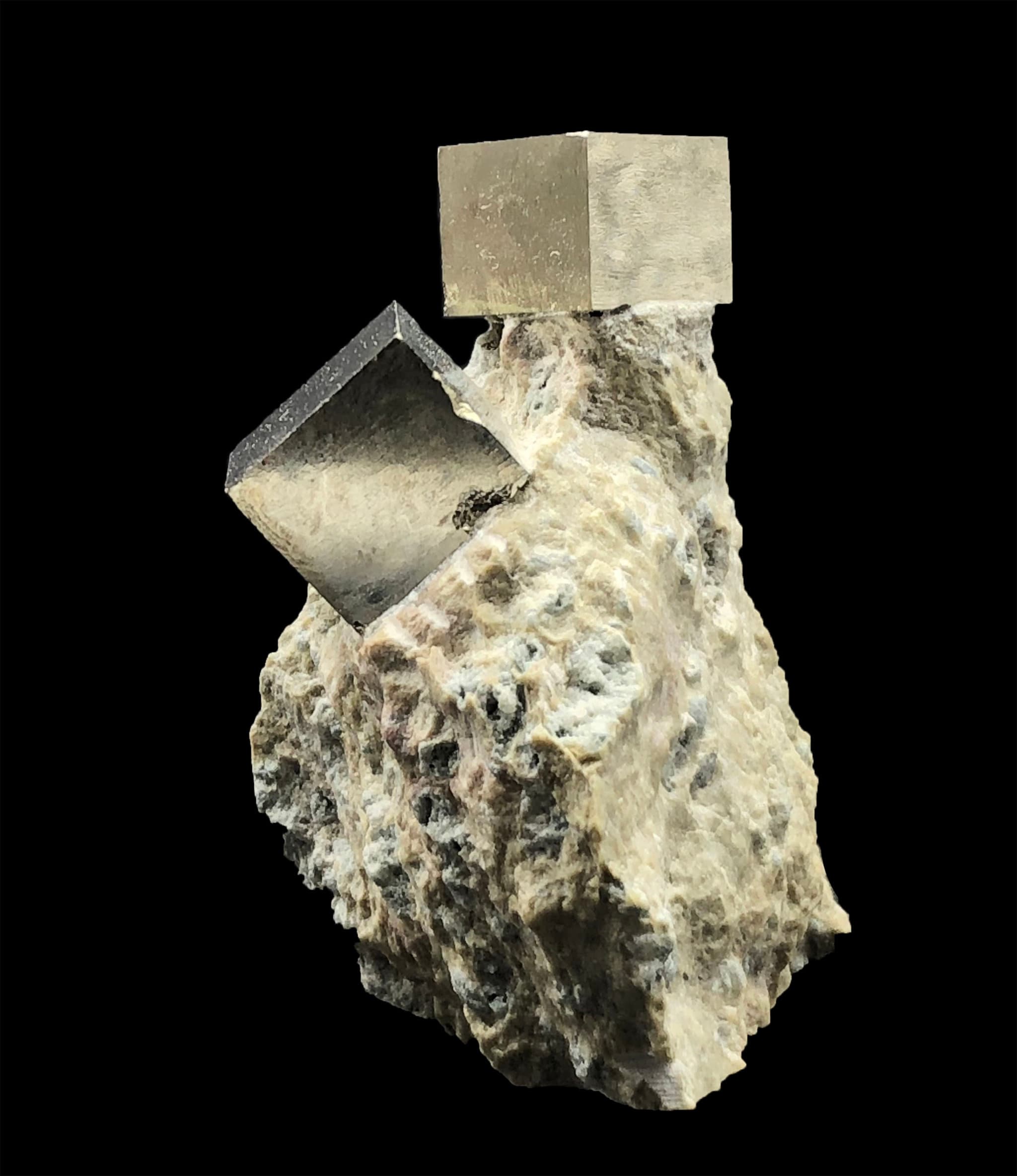 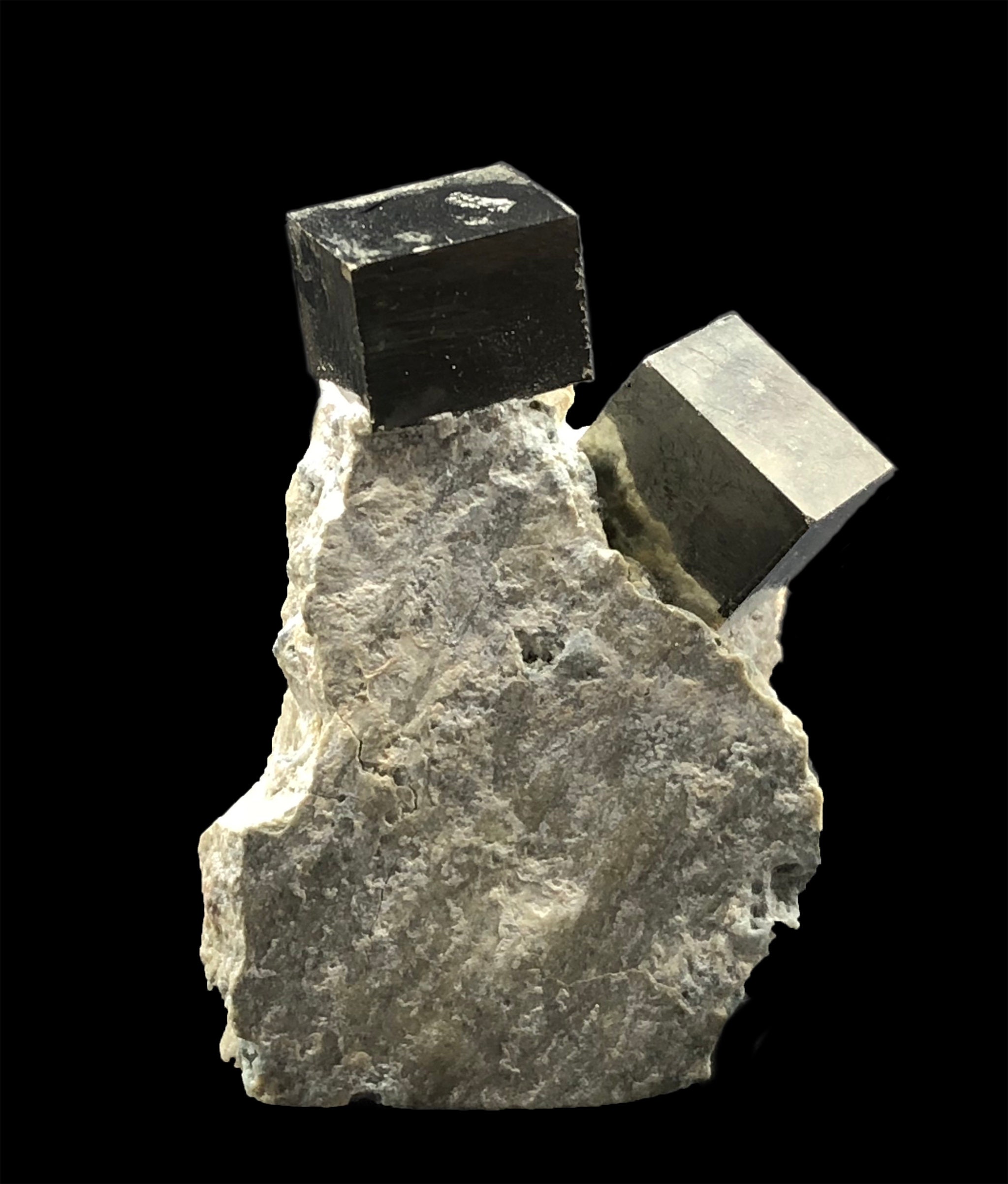 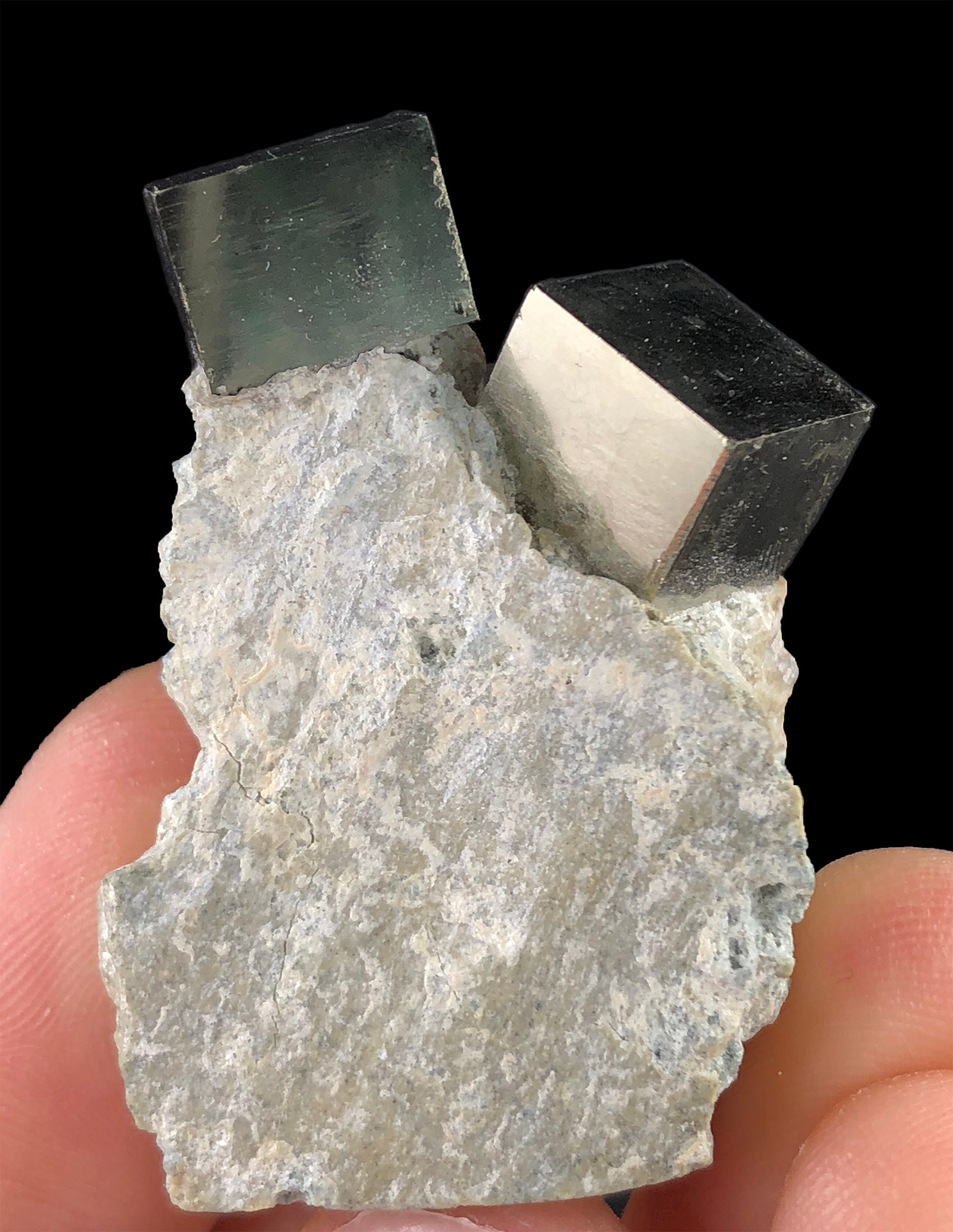 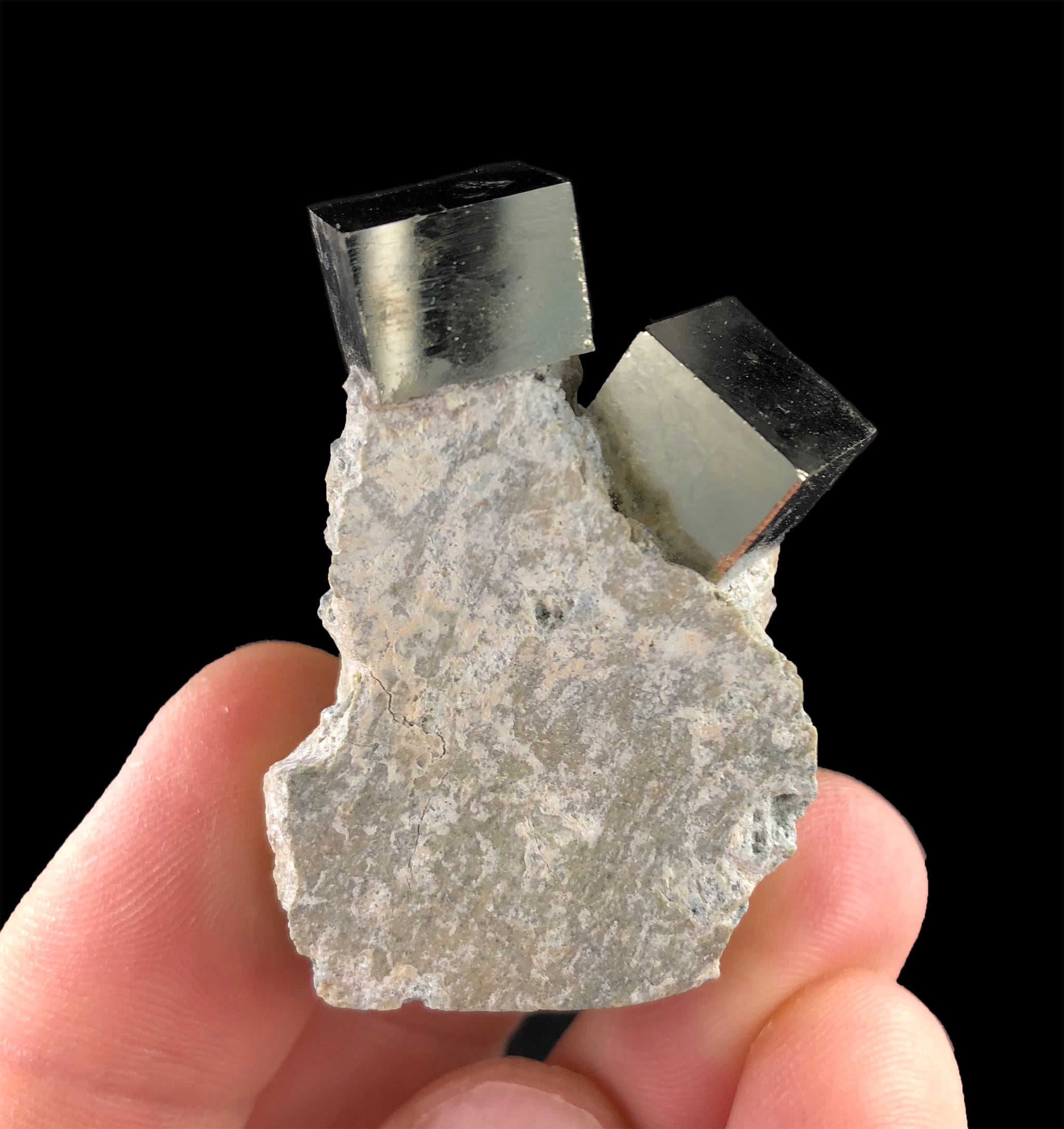 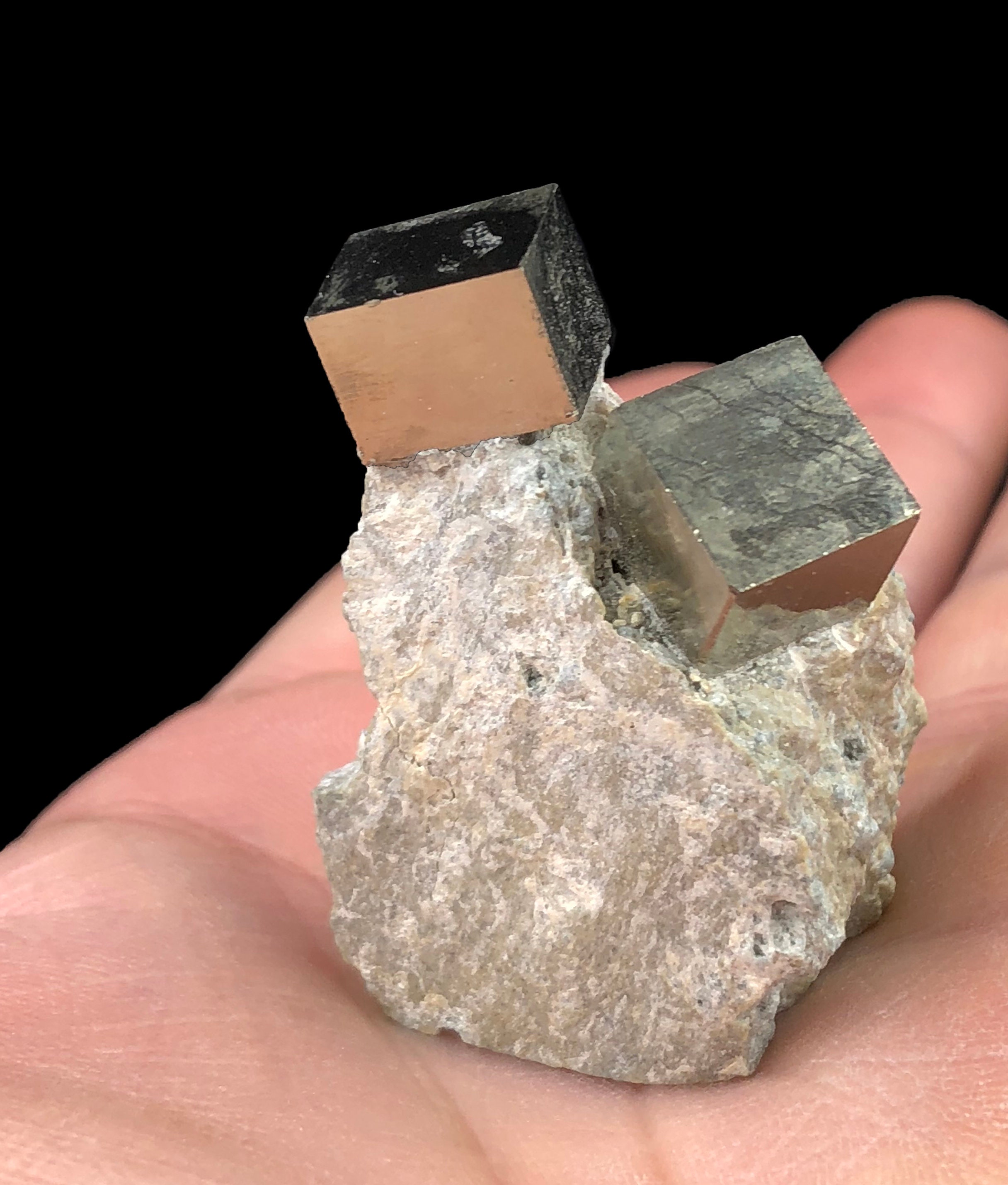 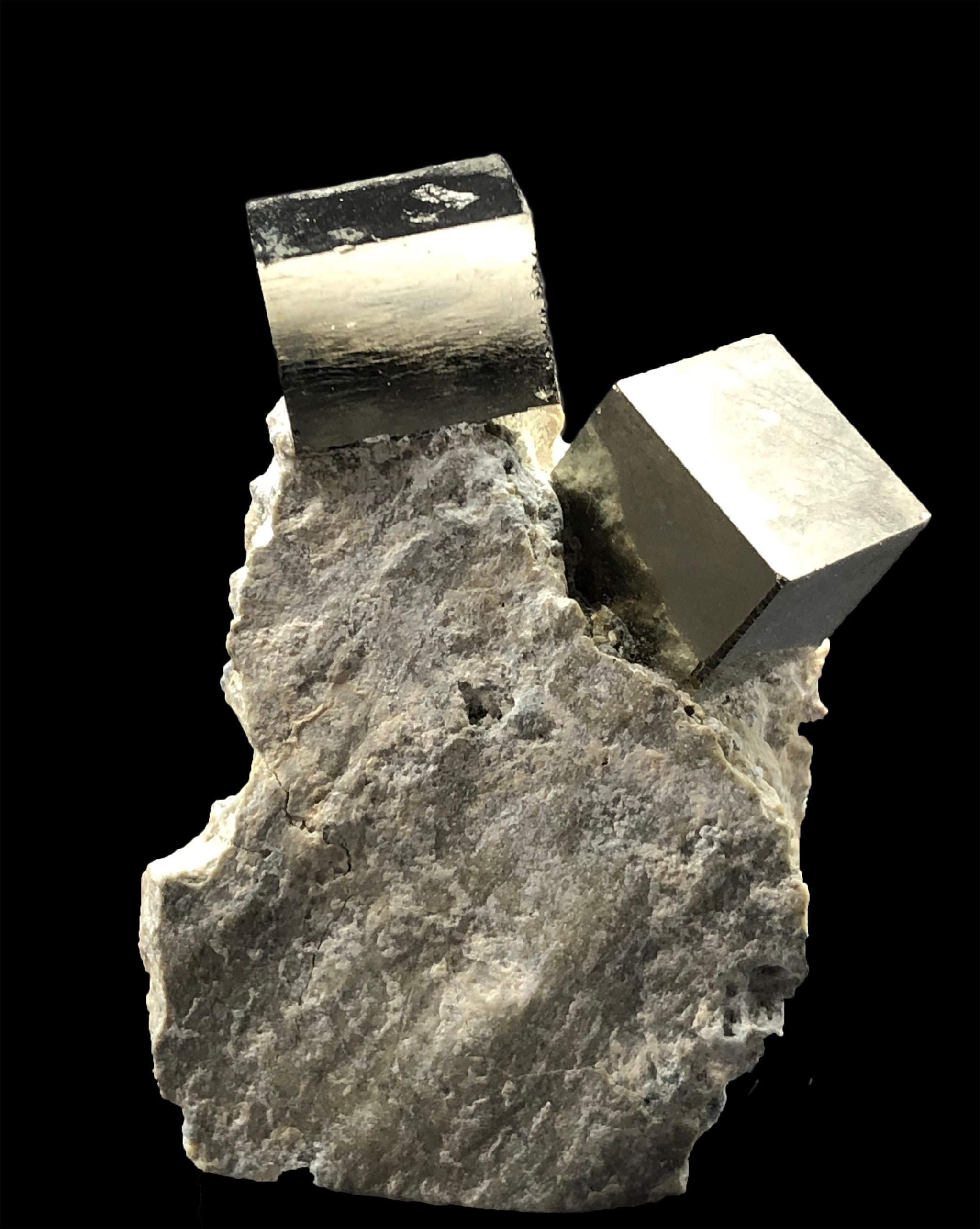 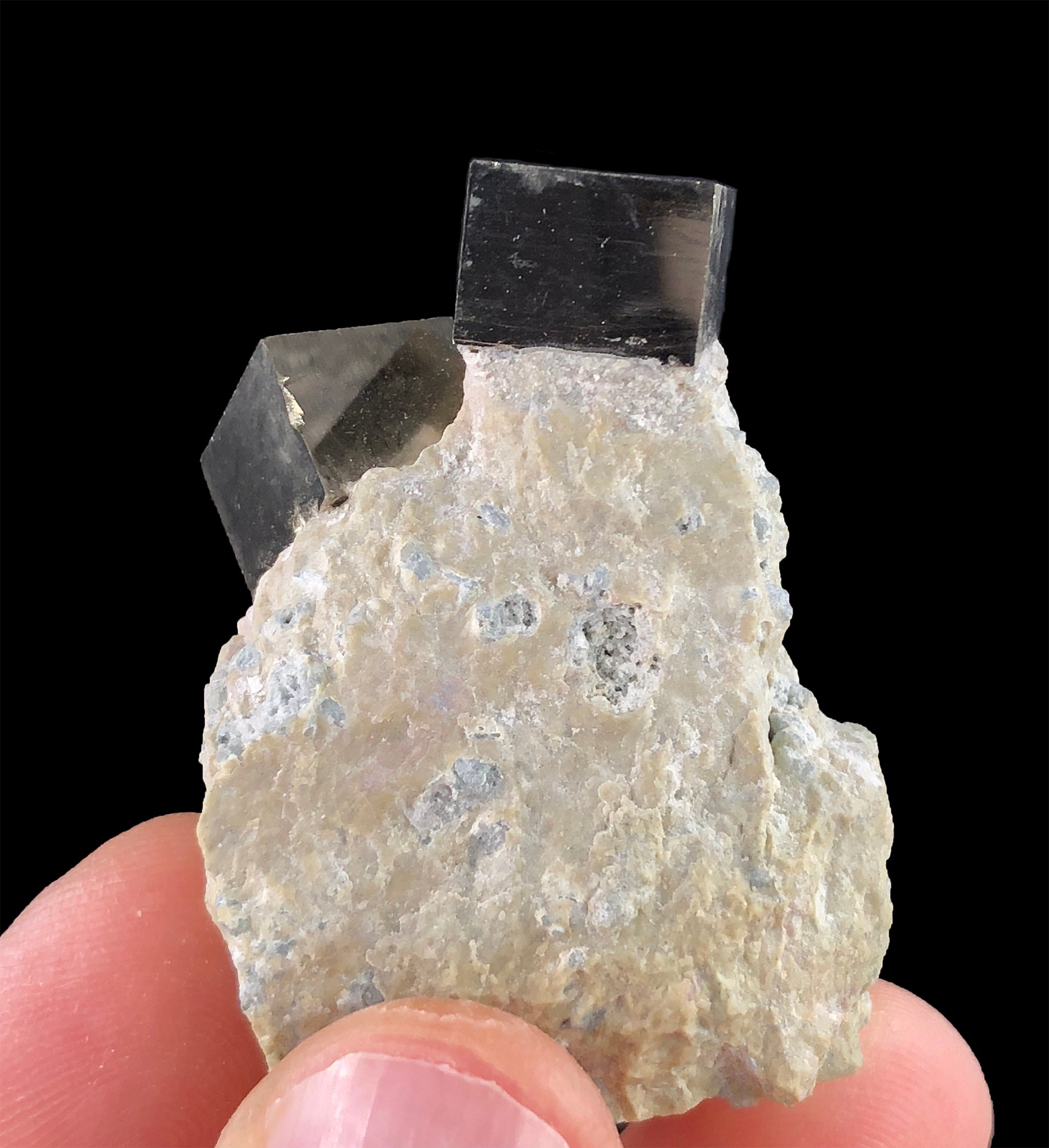 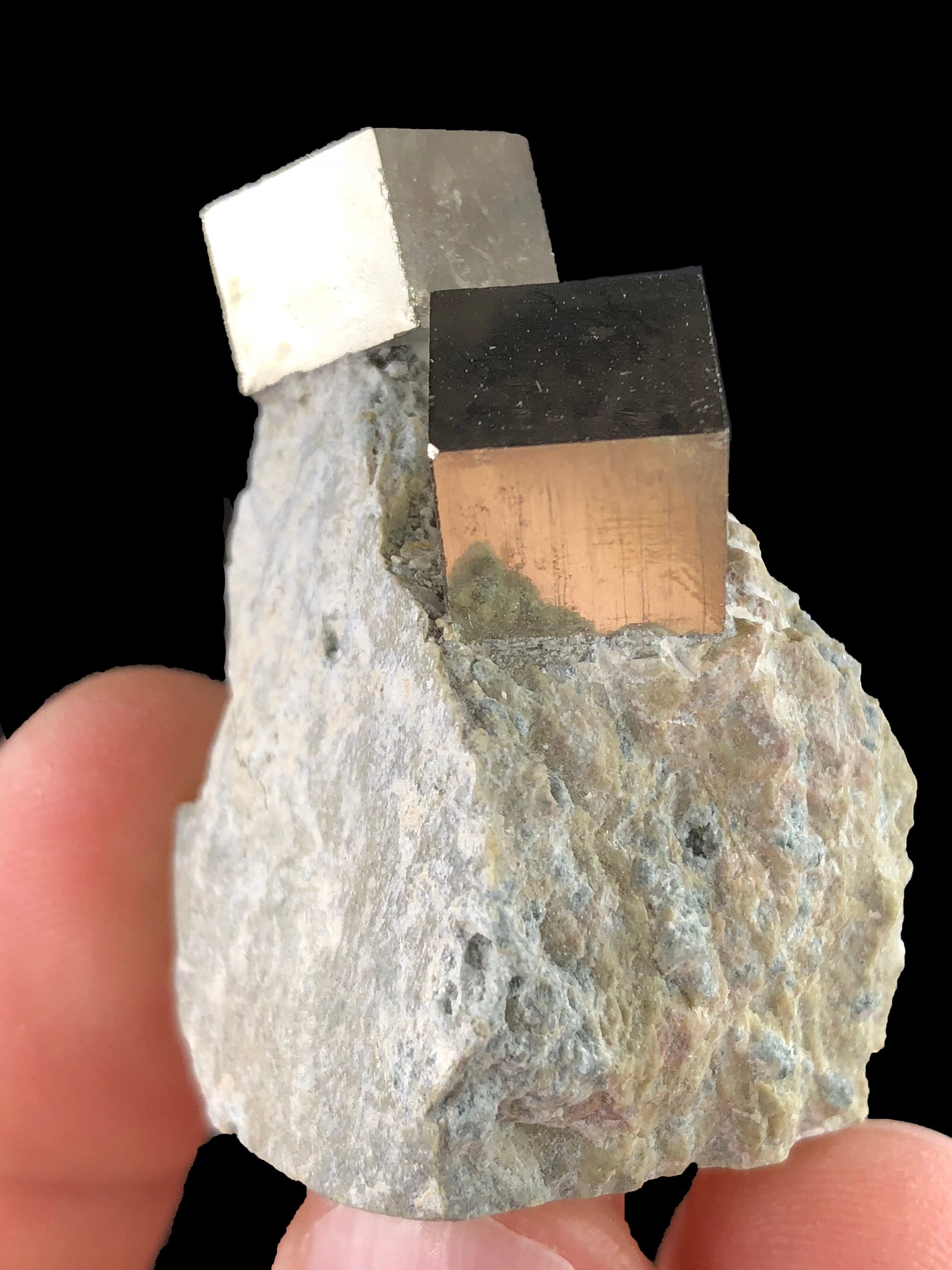 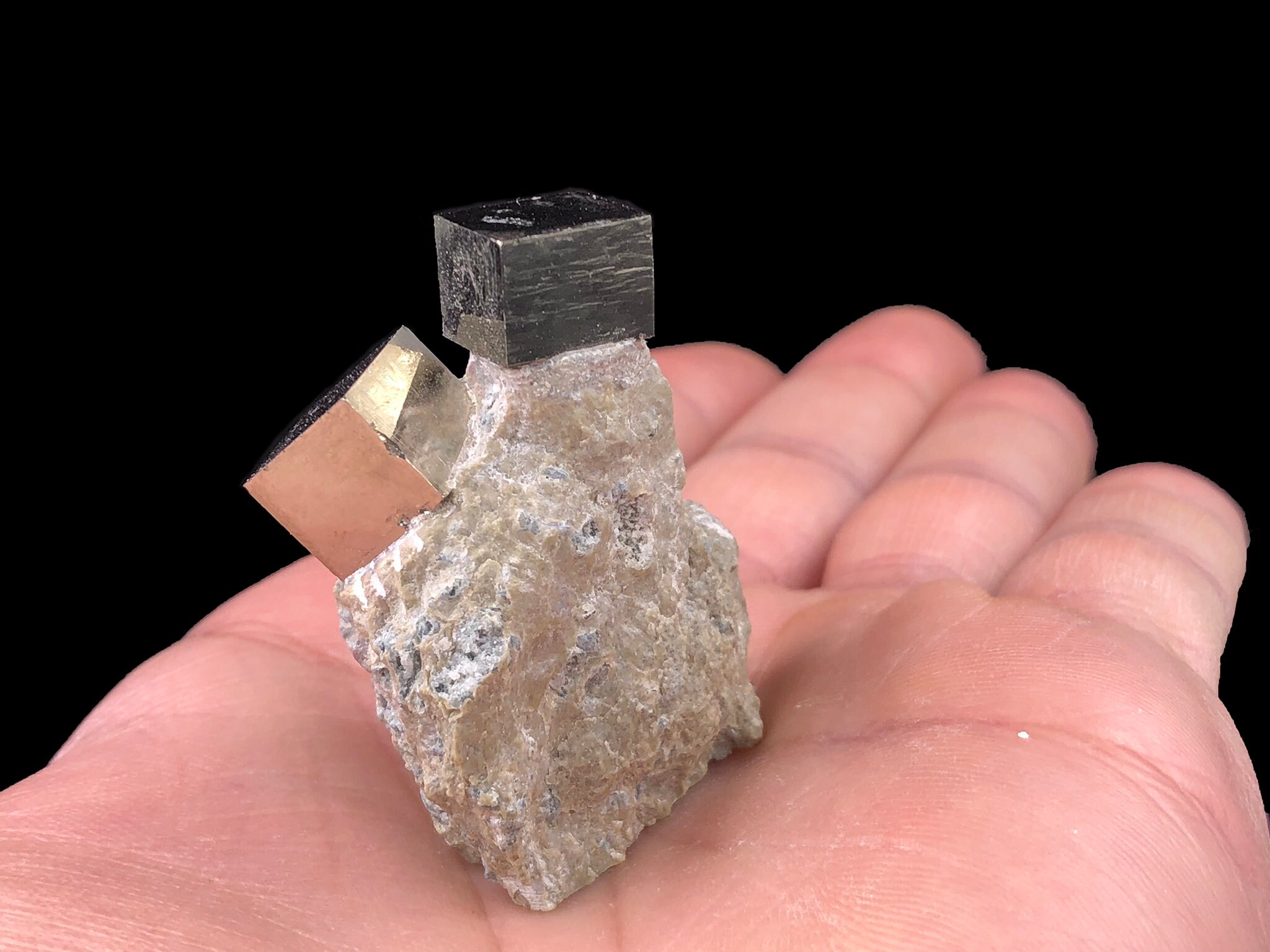 These Pyrite cubes on matrix is from the world famous locale Ampliación Mine Victoria,
Navajún, La Rioja, Spain. Most of the times when these pieces are extracted, the actual pyrite cubes will break free from the host during this process, and therefore this piece has been stabilized. During the stabilization process, the cubes will be mounted back onto the host to be enjoyed in your collection for a lifetime. Nice display piece for any collection. This piece has two nicely sized cubes adjacent to one another on a self standing matrix.