Large Polished Ammonite from Madagascar
All orders over $35 ship free within the US! 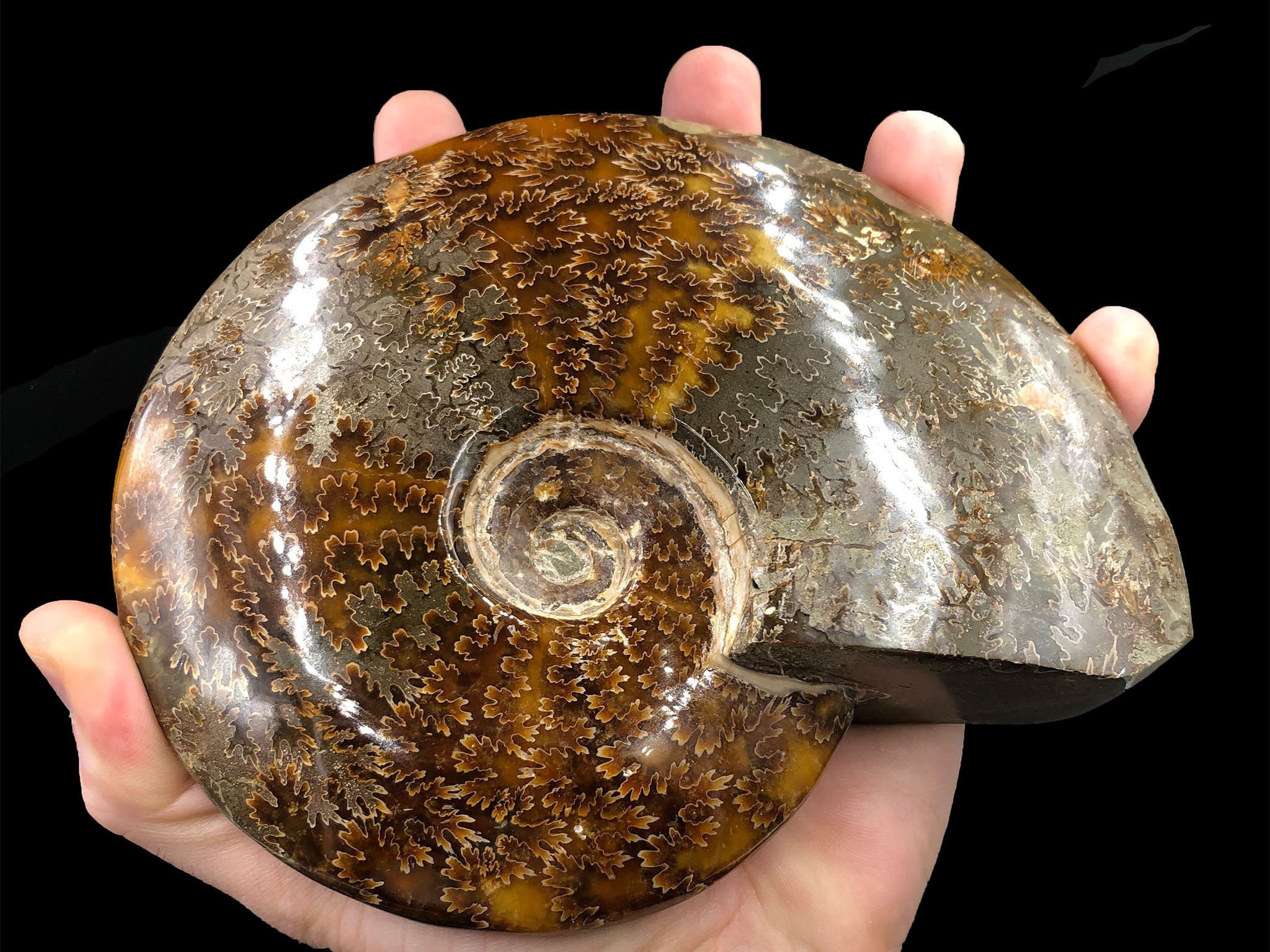 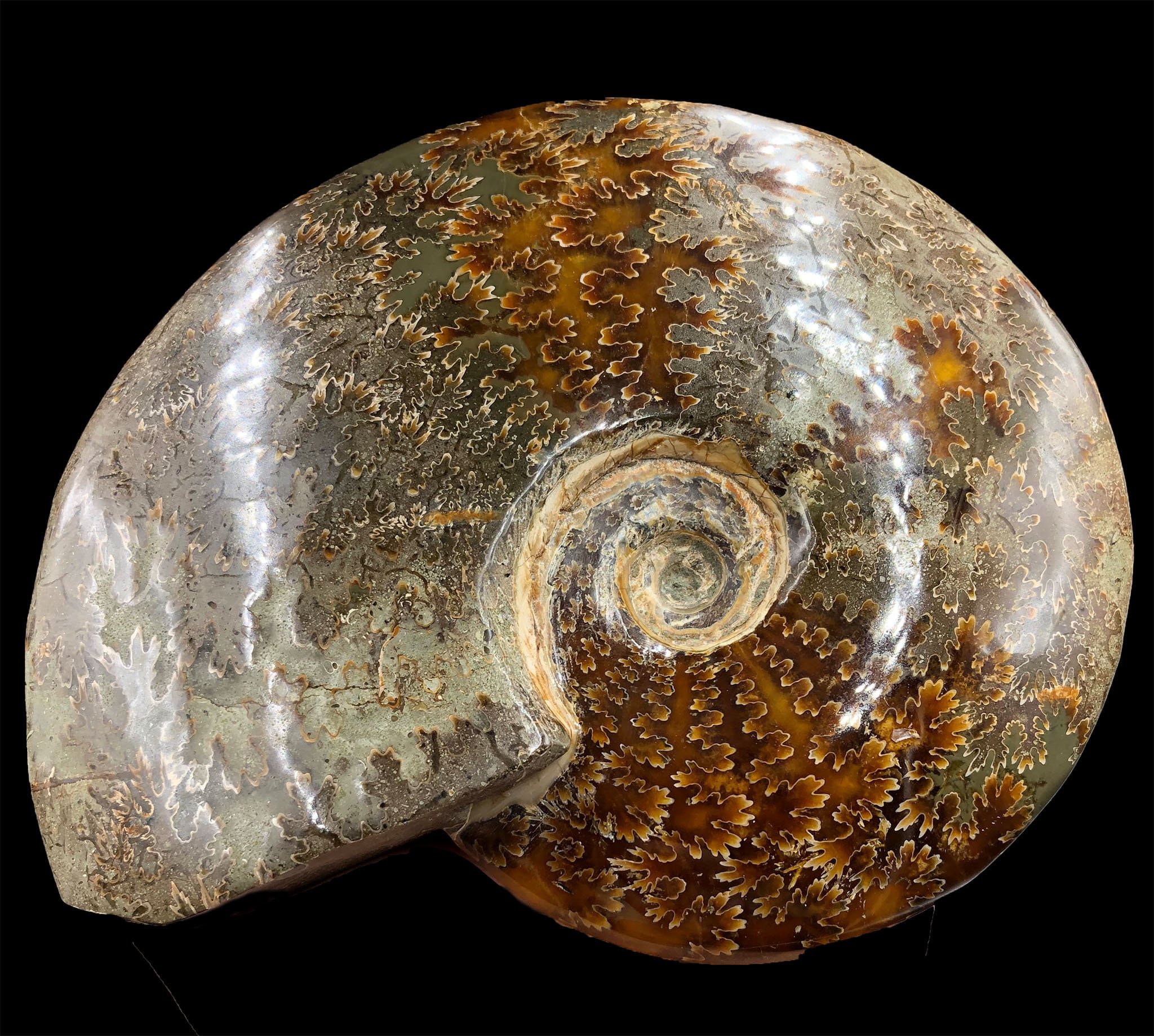 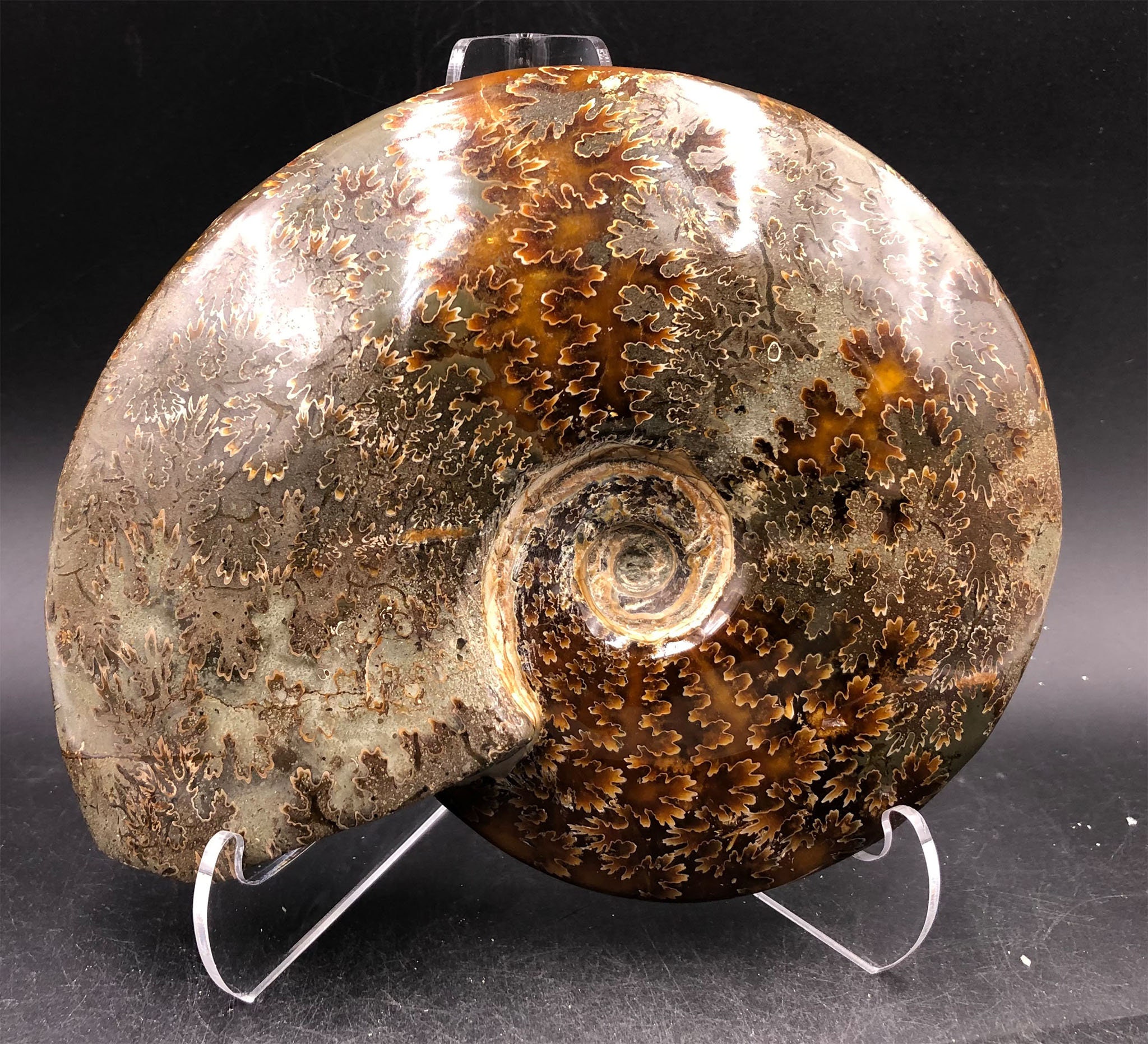 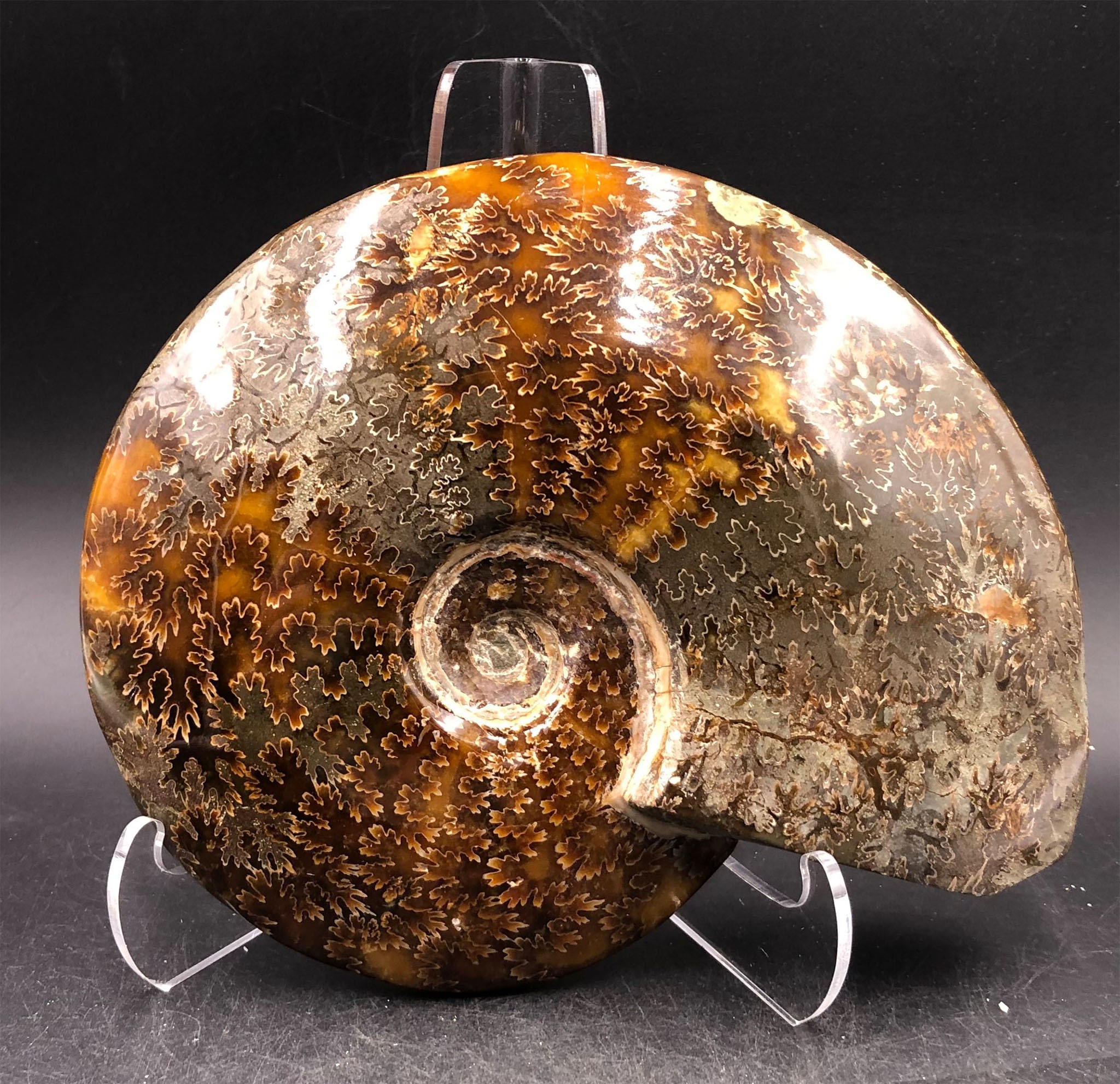 This ammonite is amazing. The detail of the sutures defined throughout this piece are beautiful. This is a great piece for any collection or decoration in your home or office! Comes with free display stand.