Mosasaur Teeth - 3 Pack
All orders over $35 ship free within the US! 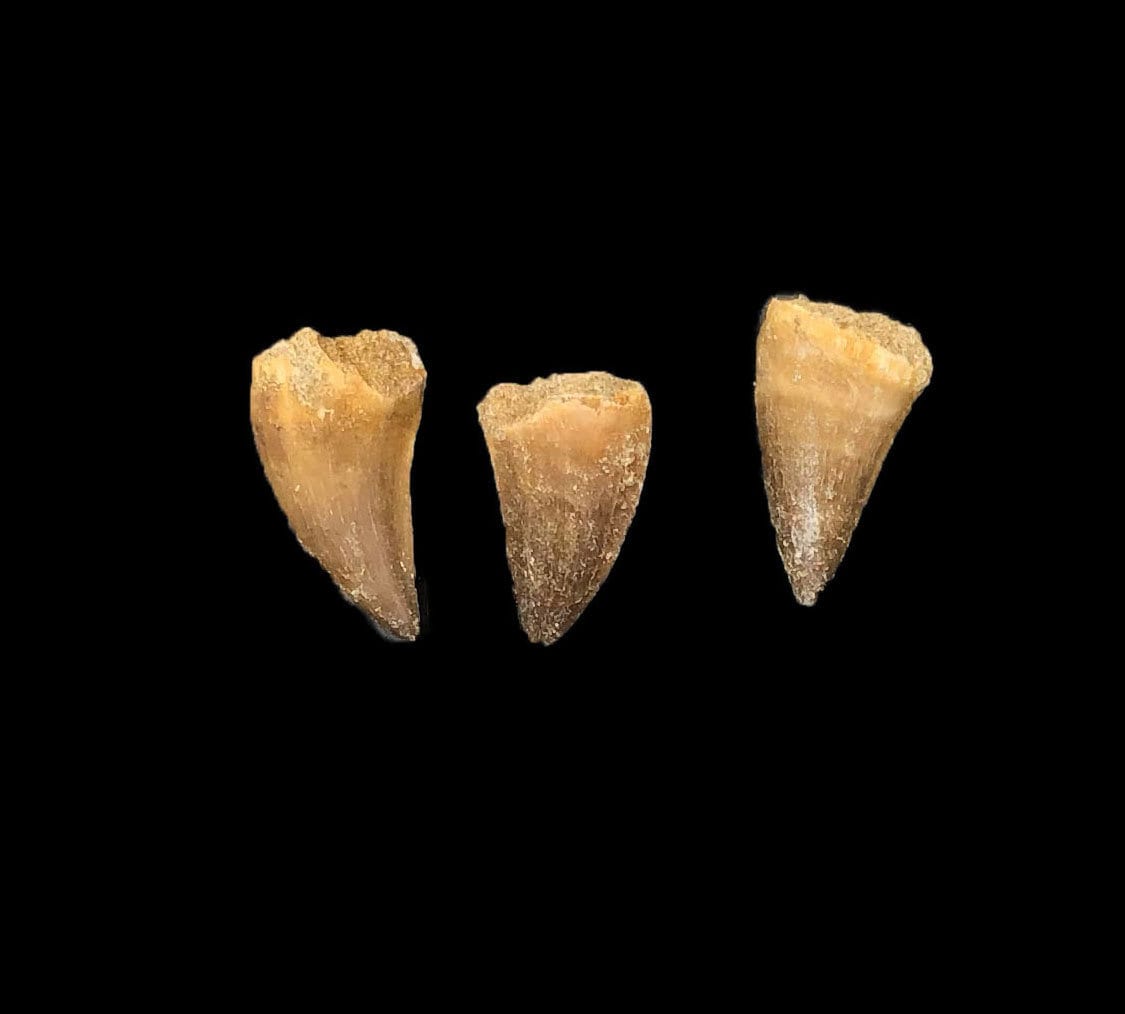 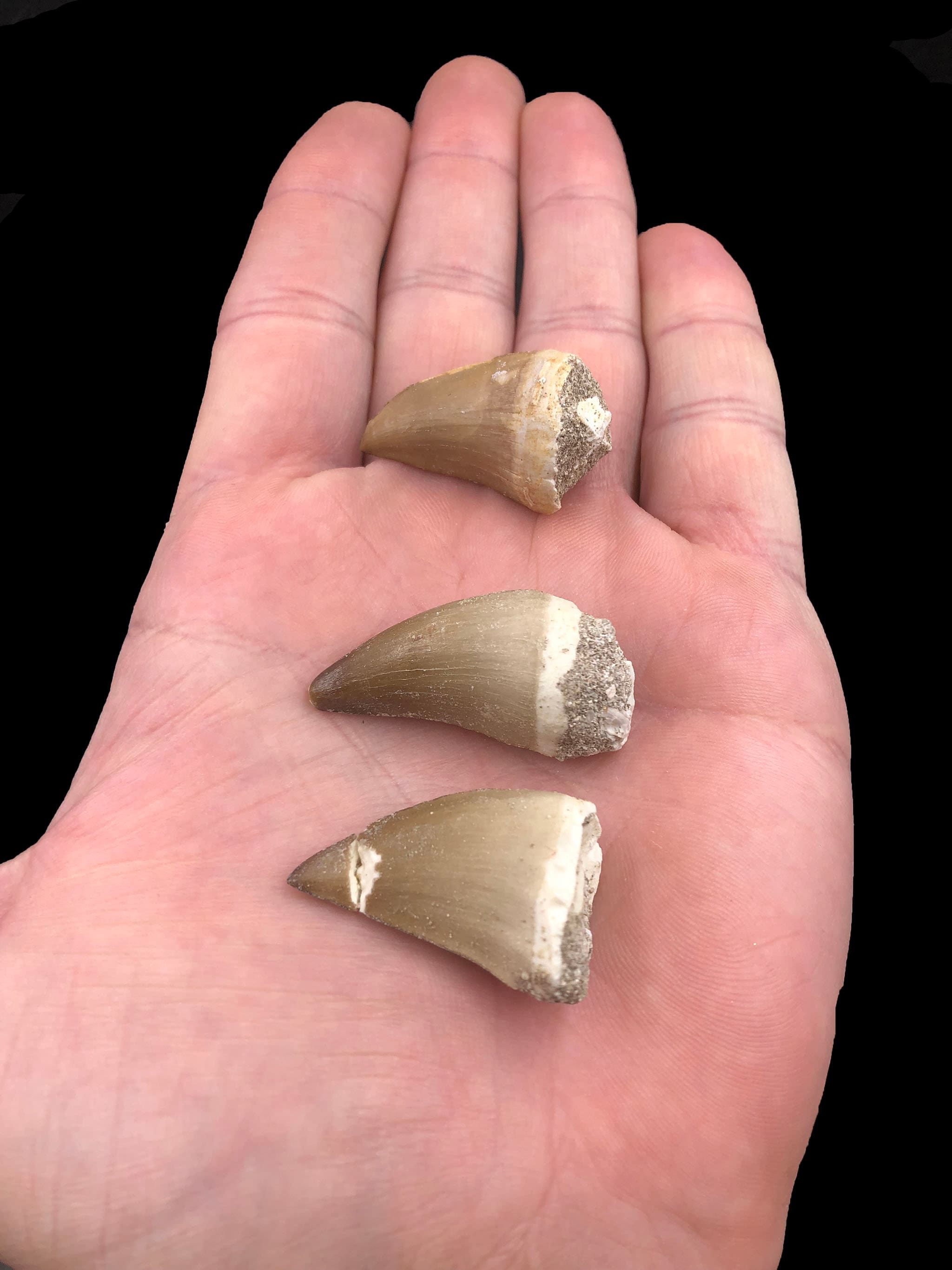 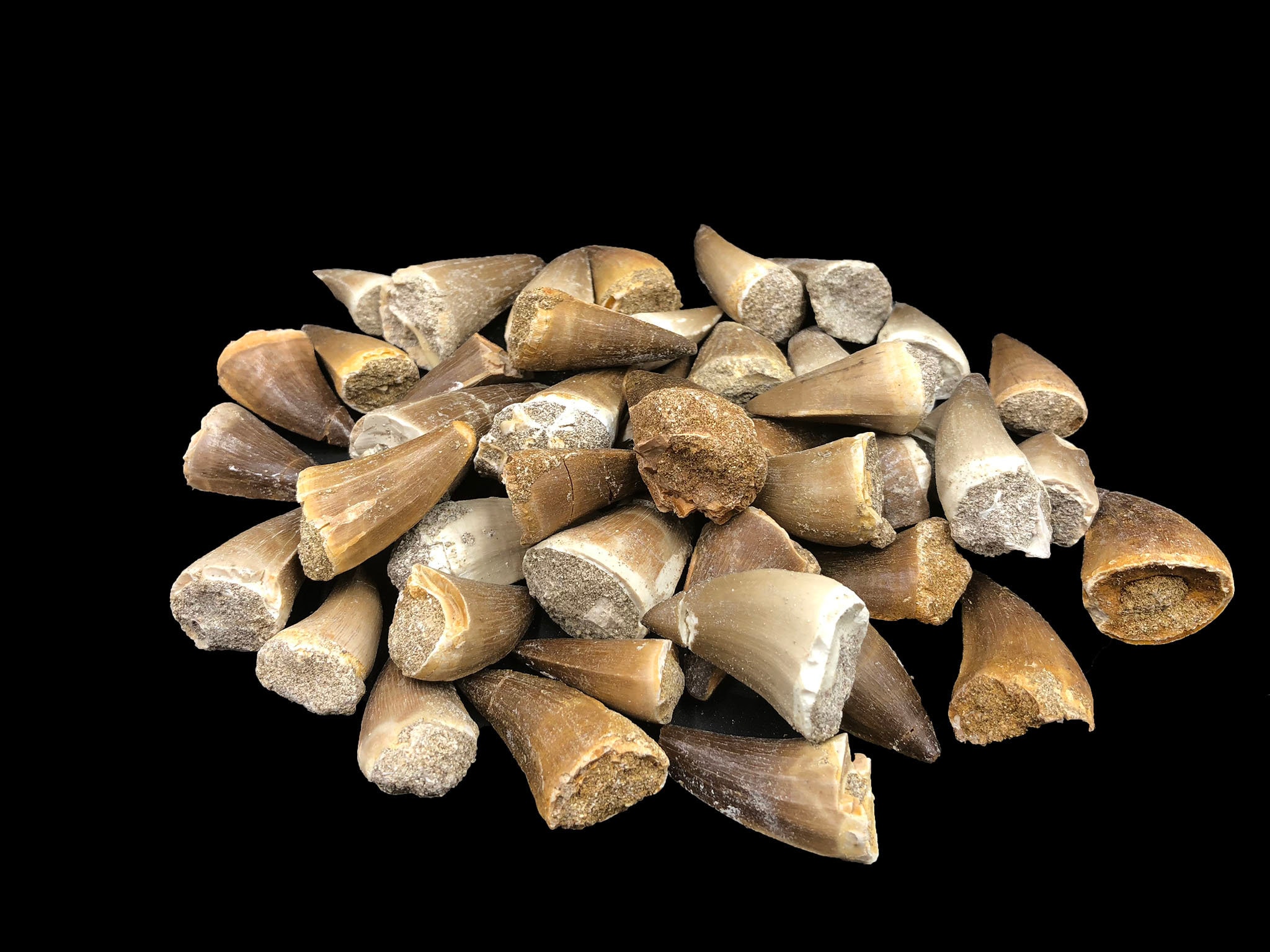 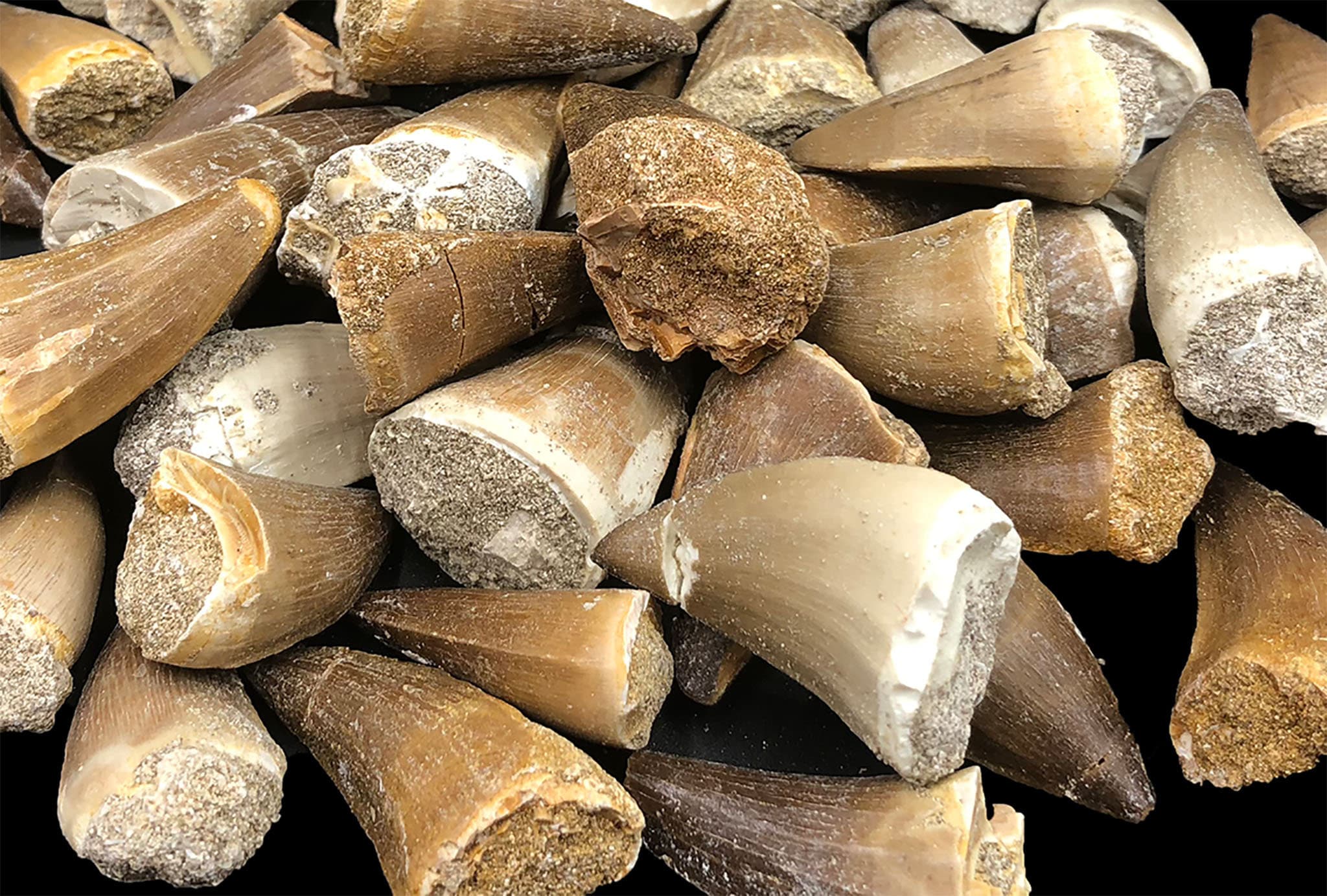 3 Mosasaur Teeth from Morocco. These mosasaur teeth range from 1" to 2" on average. These are very common fossils from Morocco. Photos to be used as reference points only. Shape and size of each tooth will vary.

*FULL DISCLOSURE: These mosasaur teeth have some level of repair and or reconstruction to them.*

Check out our other listings for a 10 or 25 pack of Mosasaur teeth.