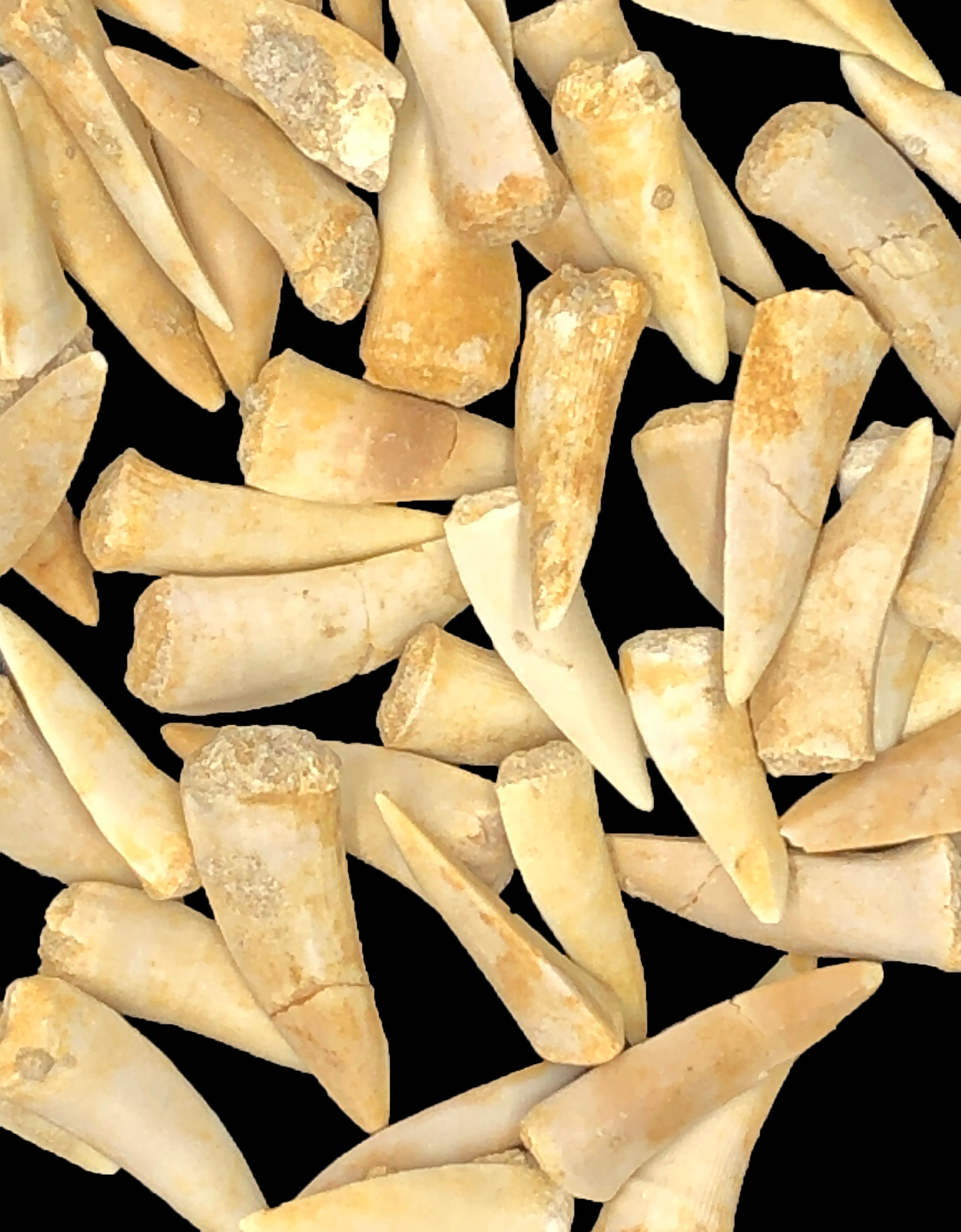 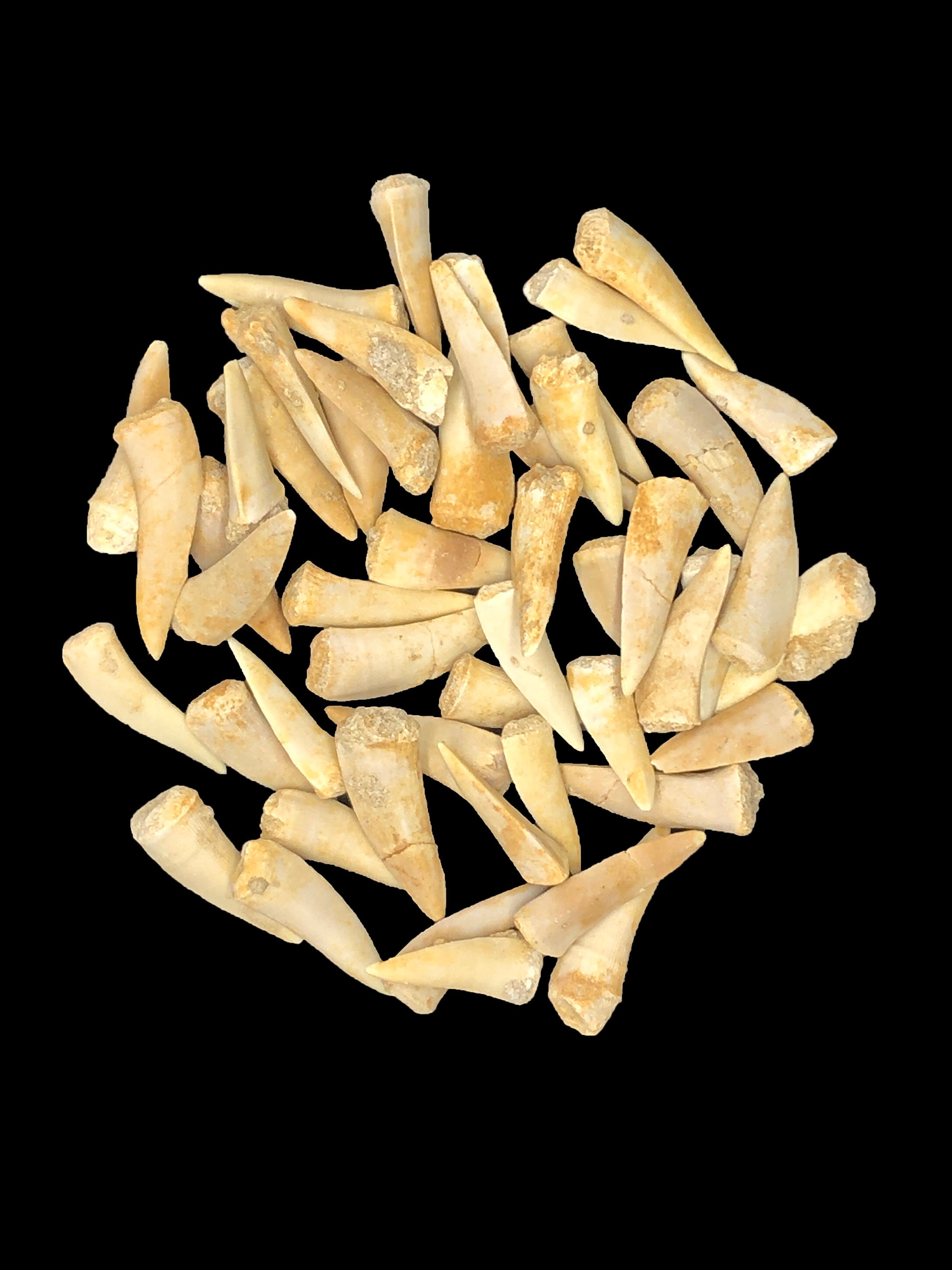 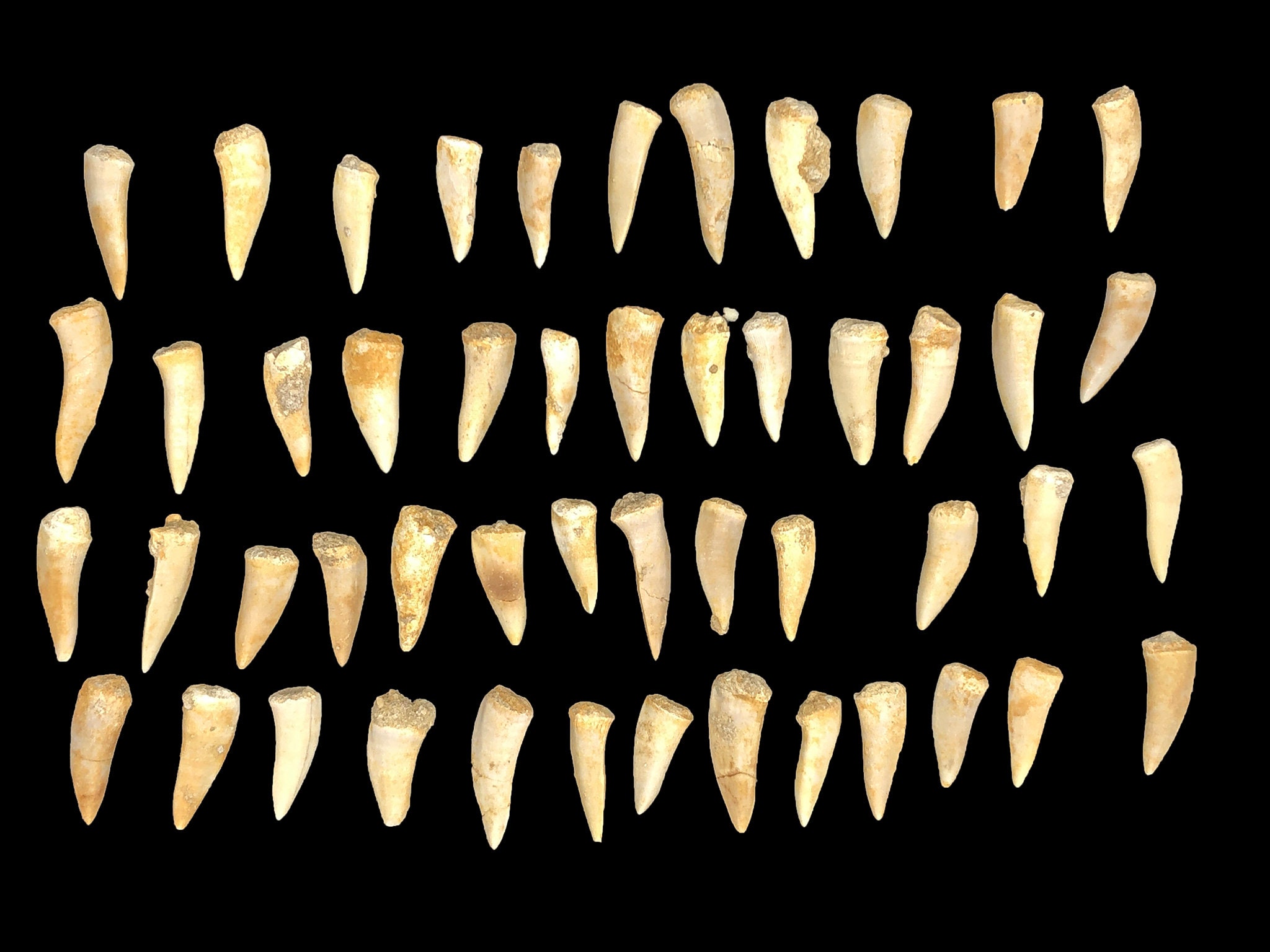 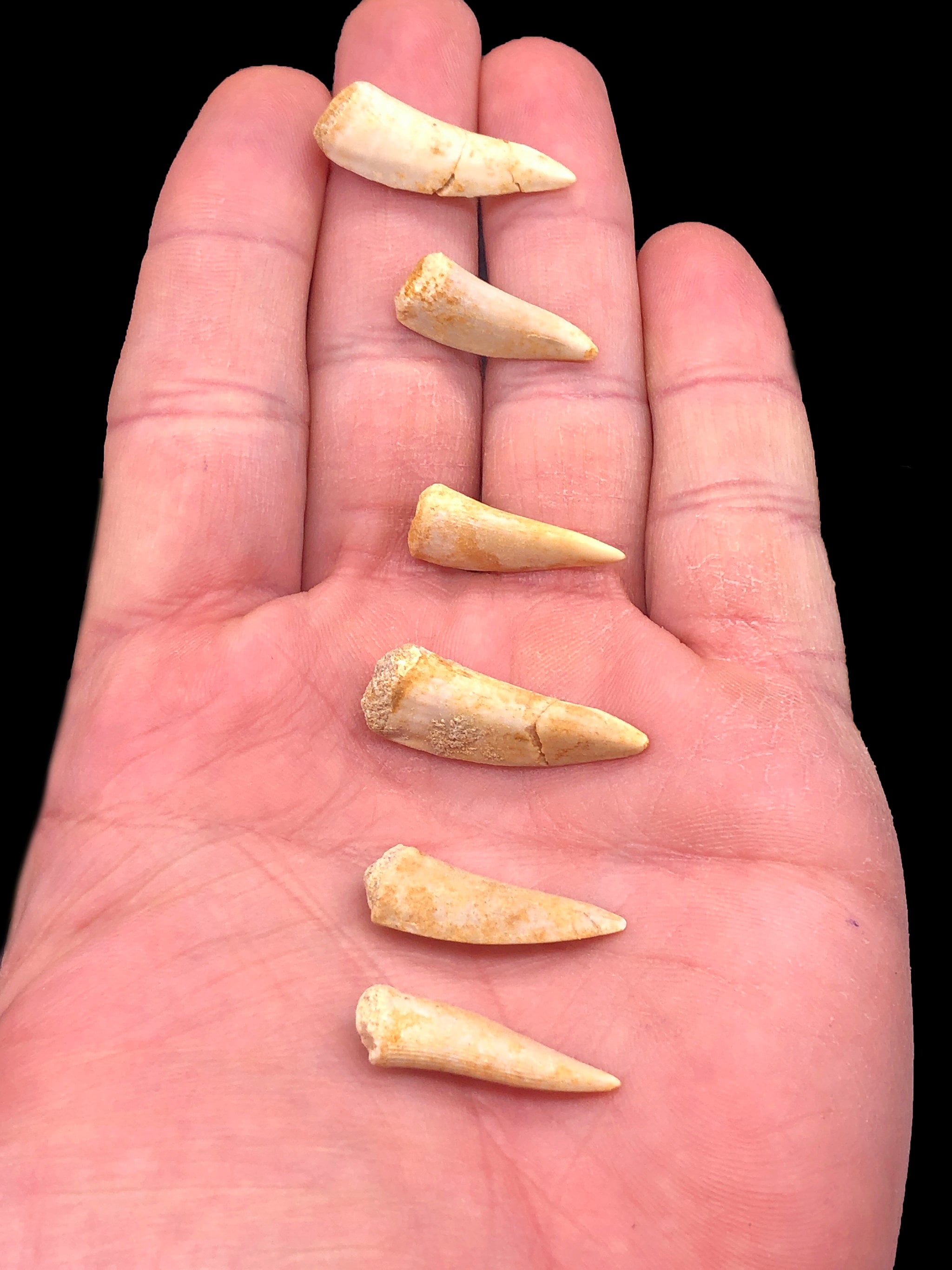 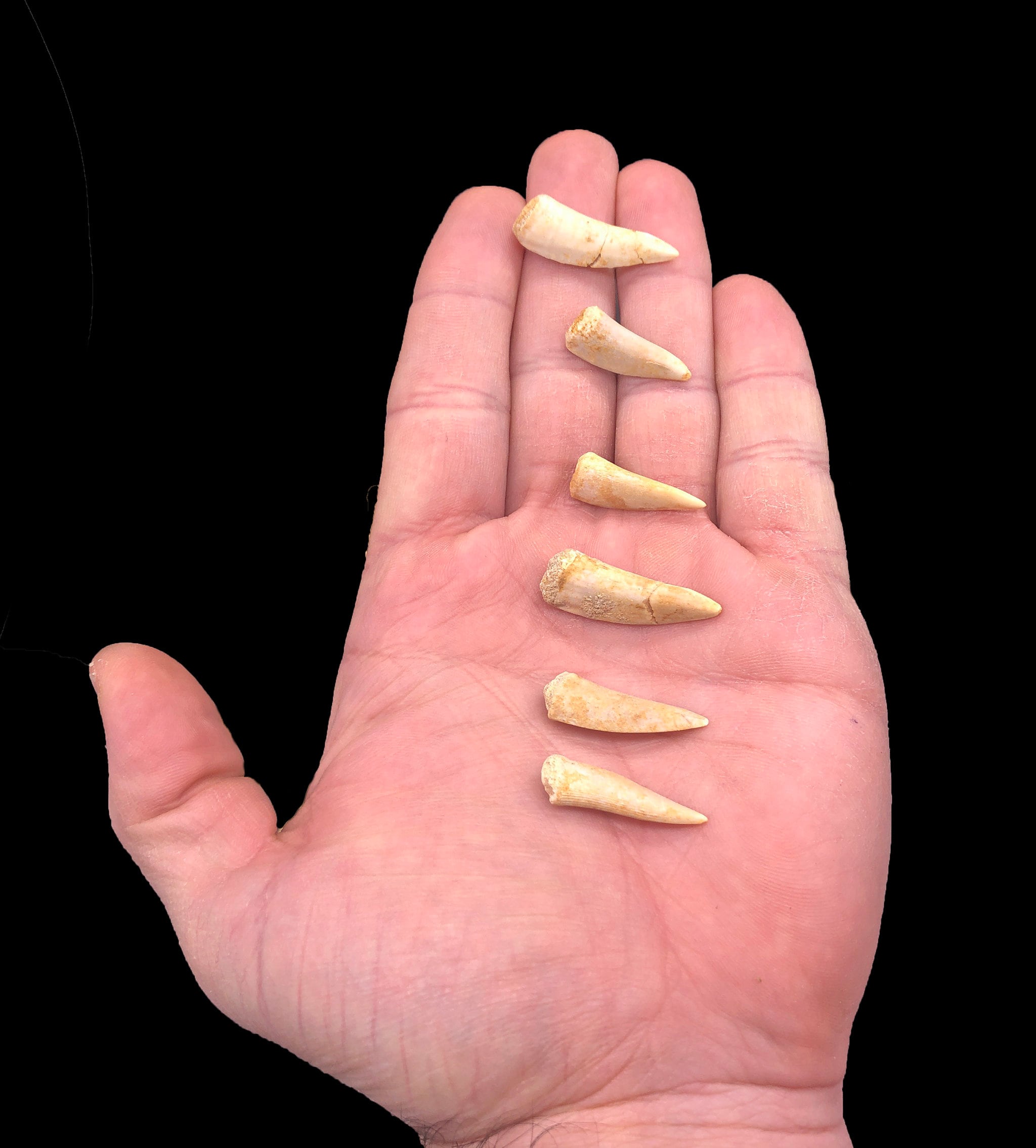 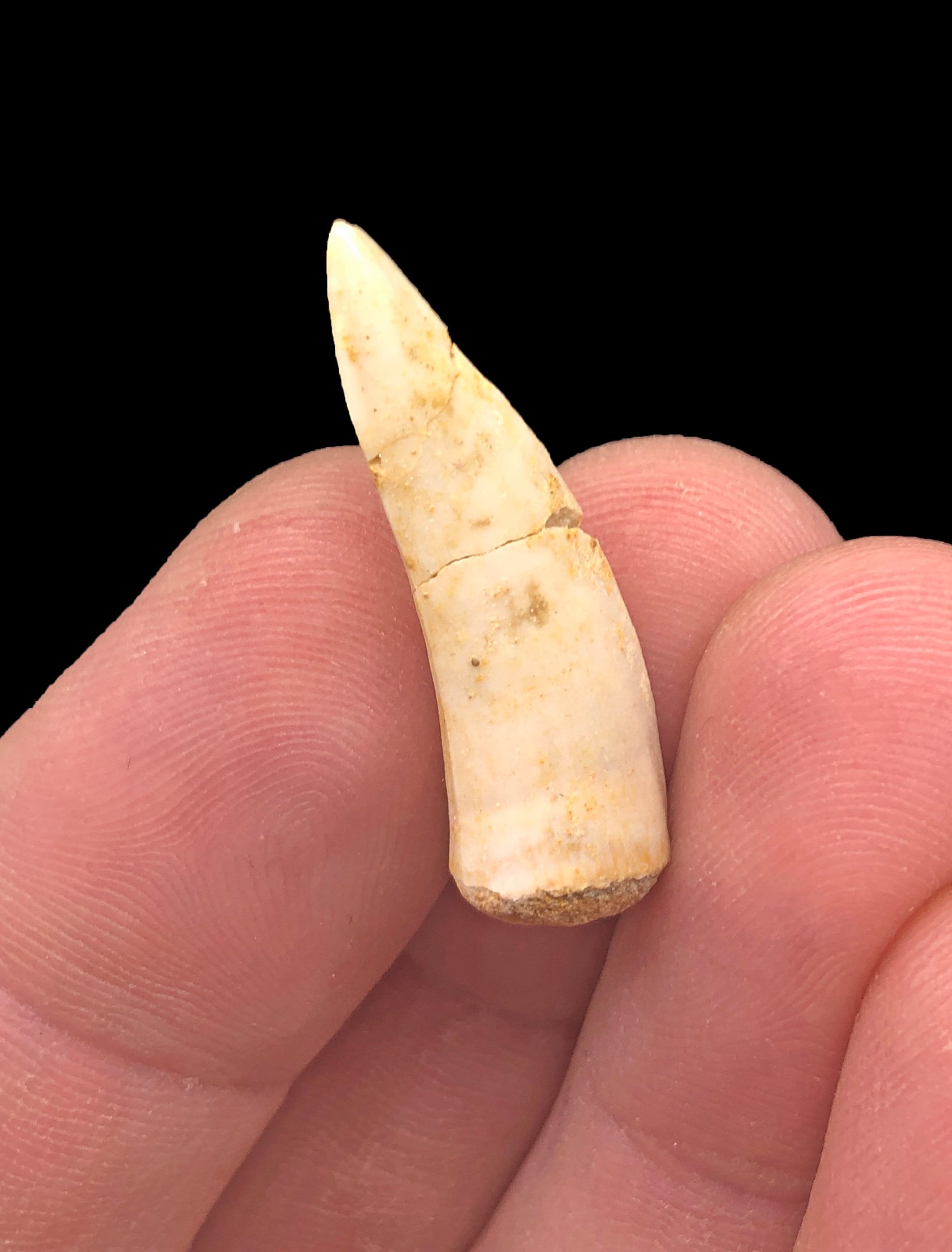 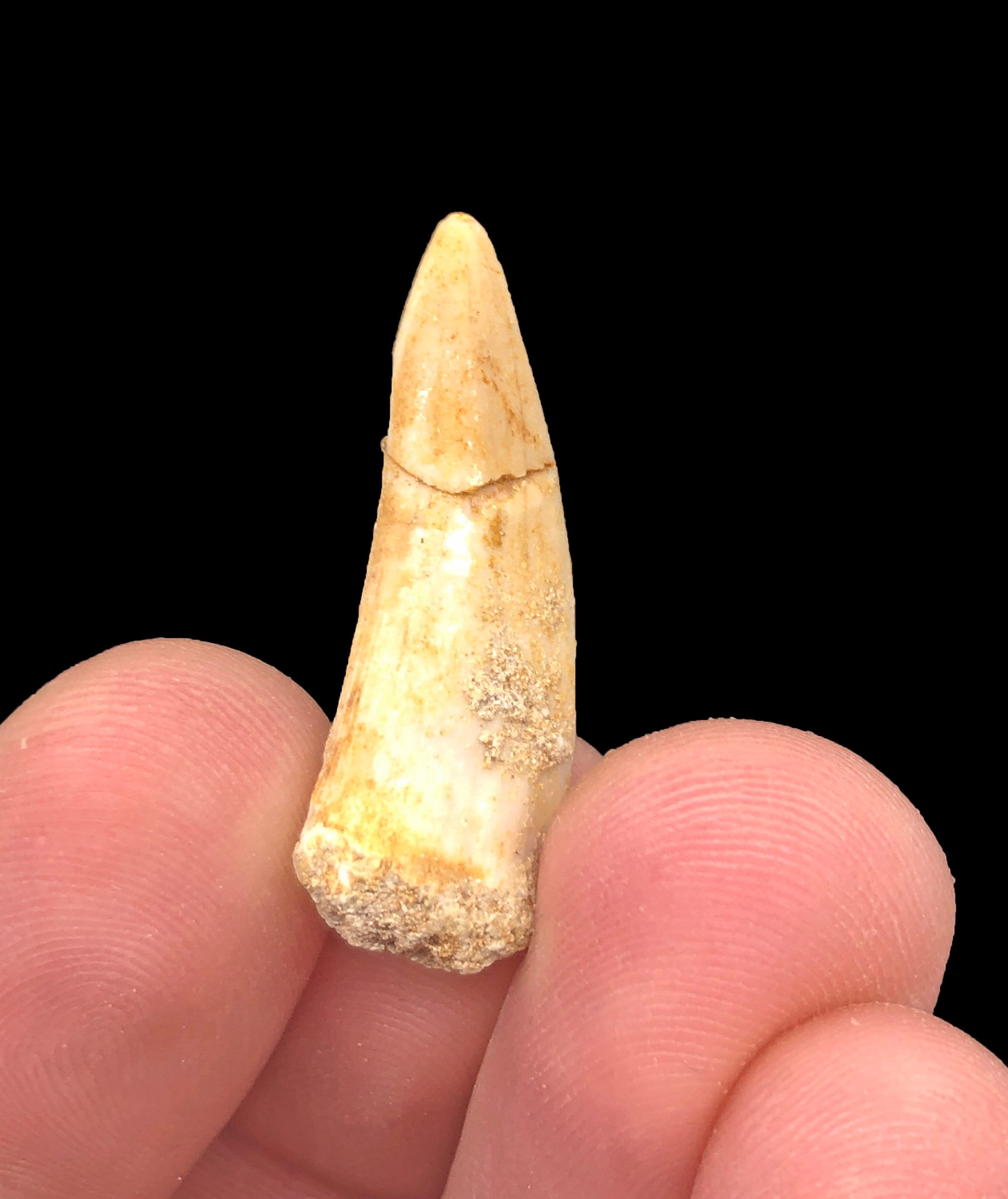 3 Enchodus Teeth from Morocco. Commonly referred to as a "Sabre" toothed fish, these make for some pretty neat fossils. They're typically 1" inch in size on average. I couldn't imagine these things swimming in the oceans millions of years ago.

We sell them in 3, 10 or 25 packs. Great for either a hands on lesson at school, or even a neat birthday party good bag!
*FULL DISCLOSURE: These teeth have some level of repair and or reconstruction to them.*

Check out our other listings for a 10 or 25 pack of Enchodus teeth.


You will receive 3 teeth with this listing.

From wikipedia:
https://en.wikipedia.org/wiki/Enchodus
Enchodus species were small to medium in size. One of the genus' most notable attributes are the large "fangs" at the front of the upper and lower jaws and on the palatine bones, leading to its misleading nickname among fossil hunters and paleoichthyologists, "the saber-toothed herring". These fangs, along with a long sleek body and large eyes, suggest Enchodus was a predatory species.[citation needed]

The largest-known species of Enchodus is E. petrosus, remains of which are common from the Niobrara Chalk, the Mooreville Chalk Formation, the Pierre Shale, and other geological formations deposited within the Western Interior Seaway and the Mississippi Embayment. Large individuals of this species had fangs measuring over 6 centimetres (2.4 in) in length, though the total body length was only about 1.5 metres (4 ft 11 in), giving its skull an appearance somewhat reminiscent of modern deep-sea fishes, such as anglerfish and viperfish. Other species were considerably smaller, some like E. parvus were only some centimeters (a few inches) long.[citation needed]

Neat! THank you so much!

Grandkids will love and the surprises for them are much appreciated!