Ammonite Replica Toy
All orders placed between April 10th through April 14th will not ship until April 15th as we will be out of town buying more rocks! 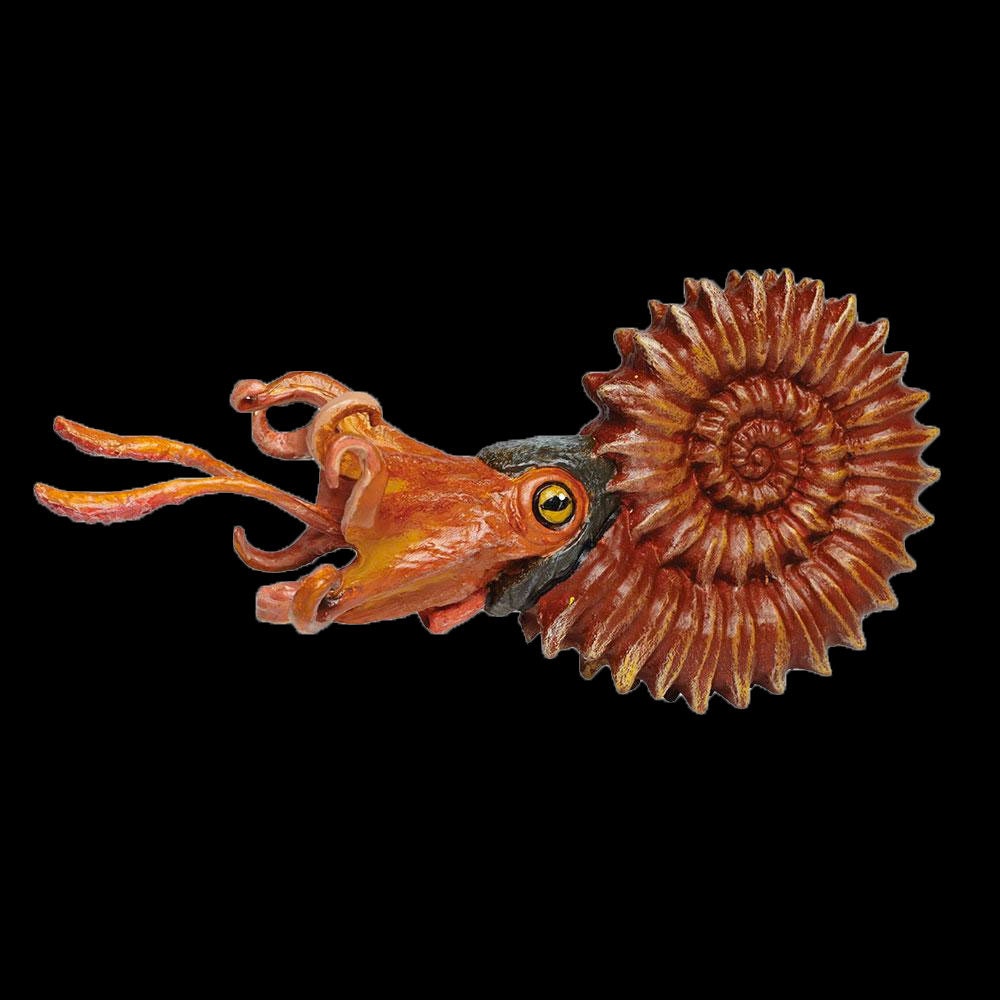 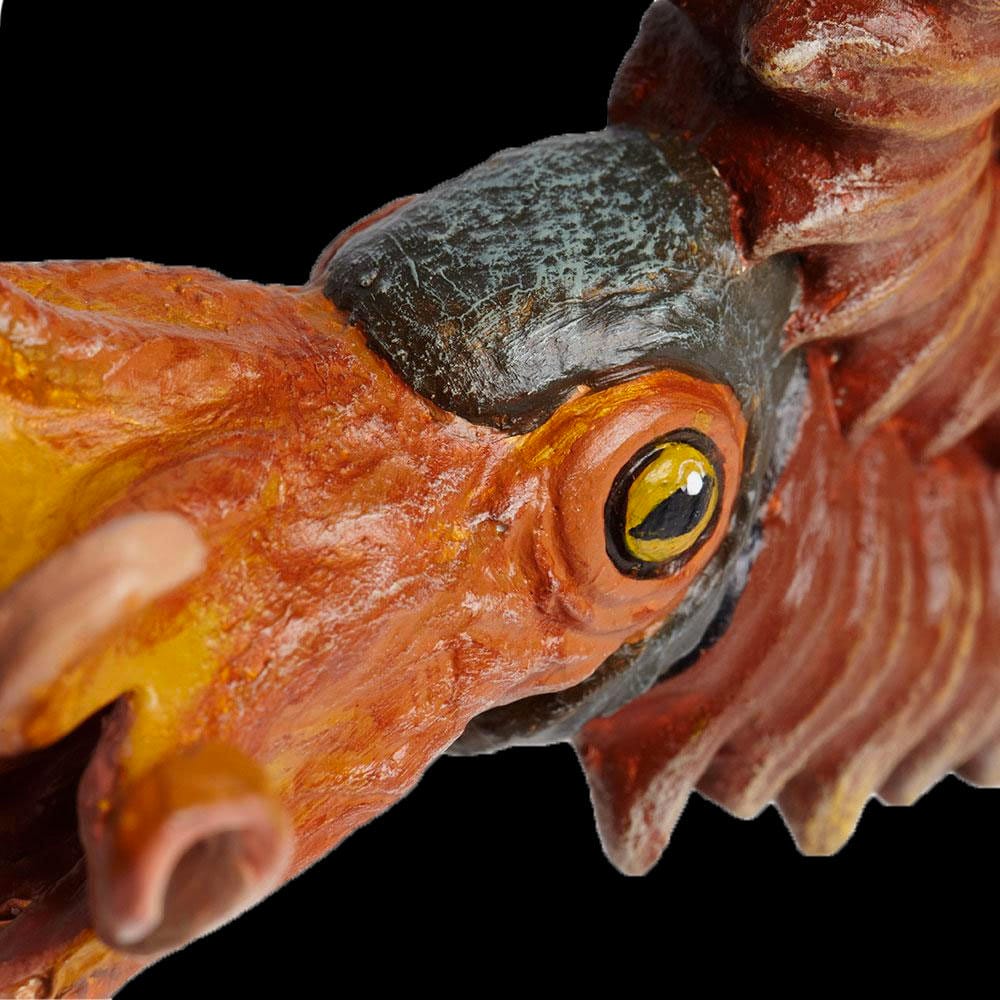 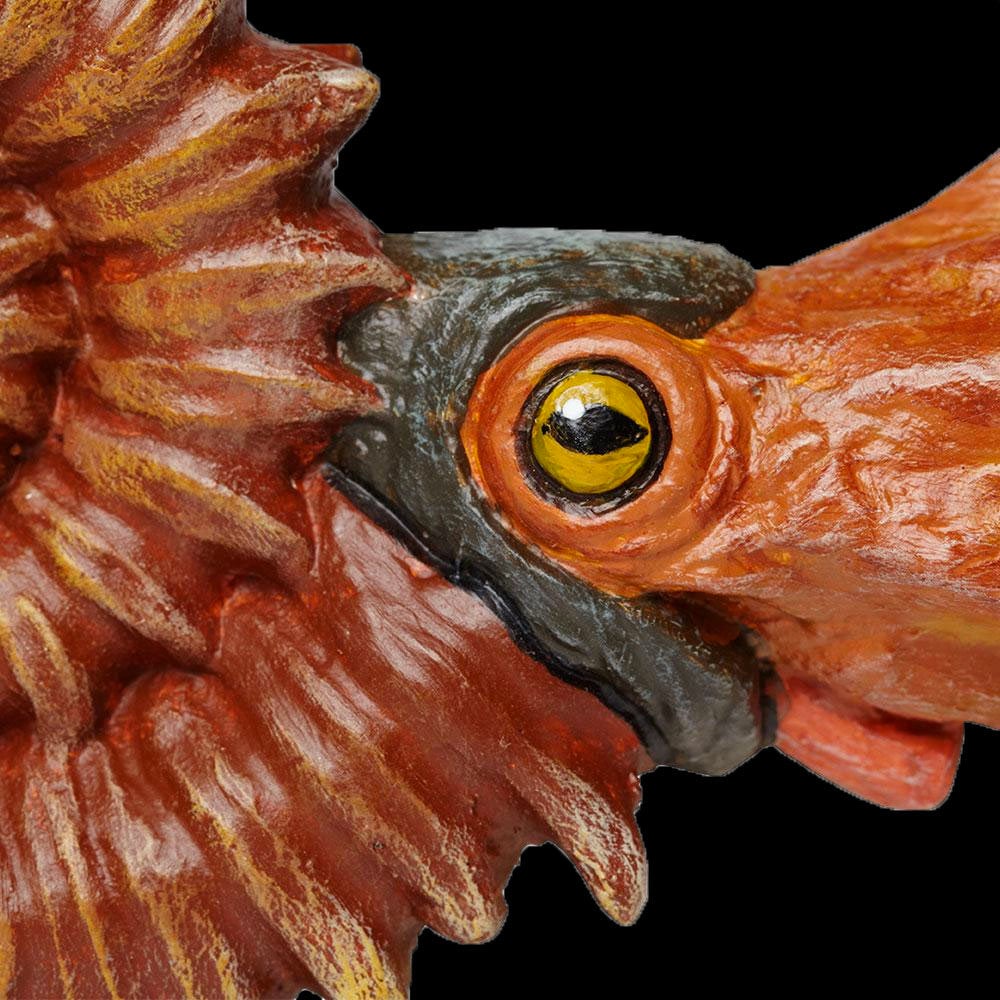 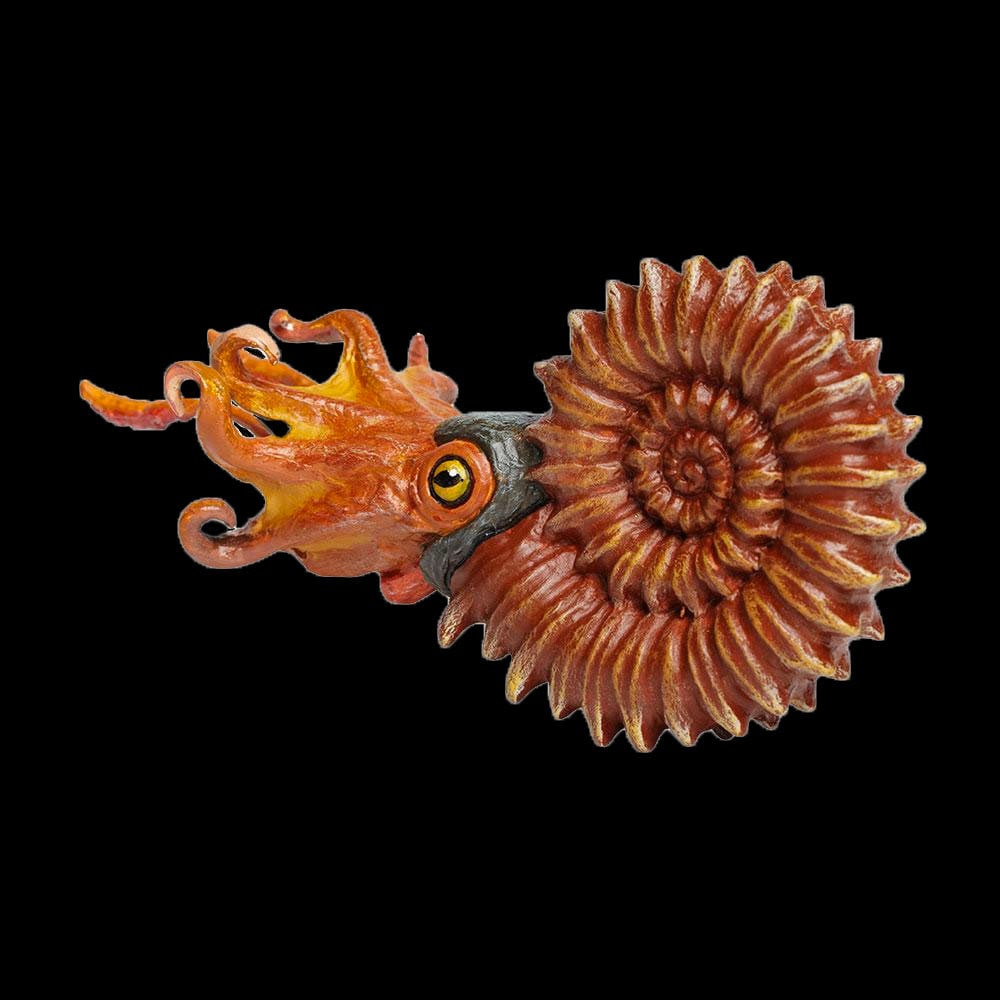 Scientific Name: ‘Ammonite’ is an informal term for all animals in the mollusk group Ammonoidea. They are named for the Egyptian god ‘Ammon’. Ammon is usually depicted with ram’s horns on his head, which look a lot like the coiled shells of many species of ammonite.
Characteristics: All ammonites have a large external shell. Most shells are coiled, but some species have a more complicated helical shape, while others have simple, straight shells. The shells are divided into many chambers, and the divisions to these chambers form complicated patterns on the outside of the shell. The sort parts of ammonites are rarely preserved, but like living octopus, squid and cuttlefish, they had a large head that projected out of the opening in the shell. The head would have had a large brain and well developed eyes, and at least 8 tentacles.
Size and Color: this model is 5.25 inches long and 2.5 inches high. It is colored in inconspicuous brown and gray like modern octopus and squids.
The Ammonite is part of the Wild Safari® Prehistoric World collection
All of our products are Non-toxic and BPA free

The shells of ammonites sometimes preserves a shiny, ‘mother-of-pearl’ layer (called ‘ammolite’) that can be used to make attractive jewelry.