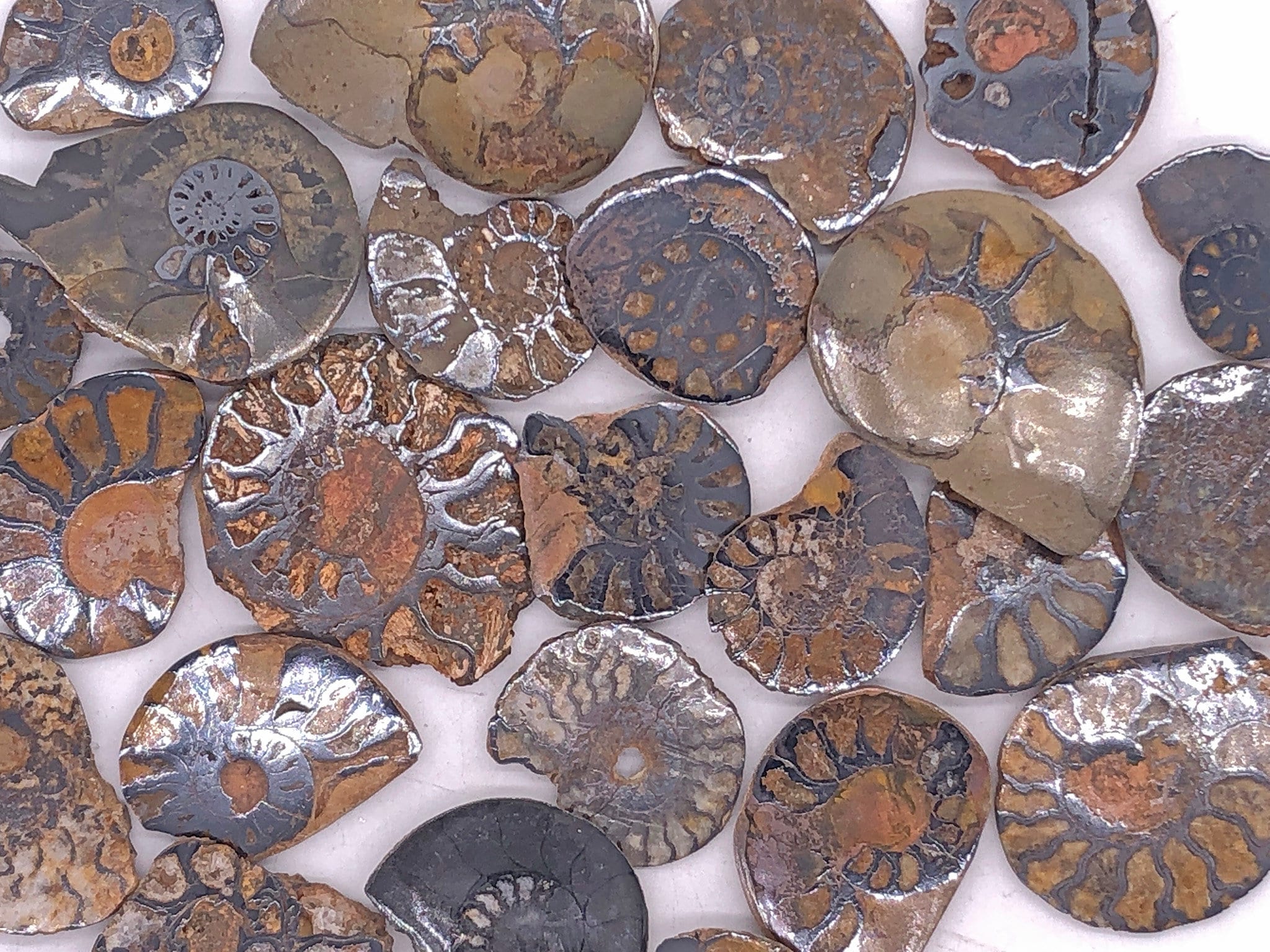 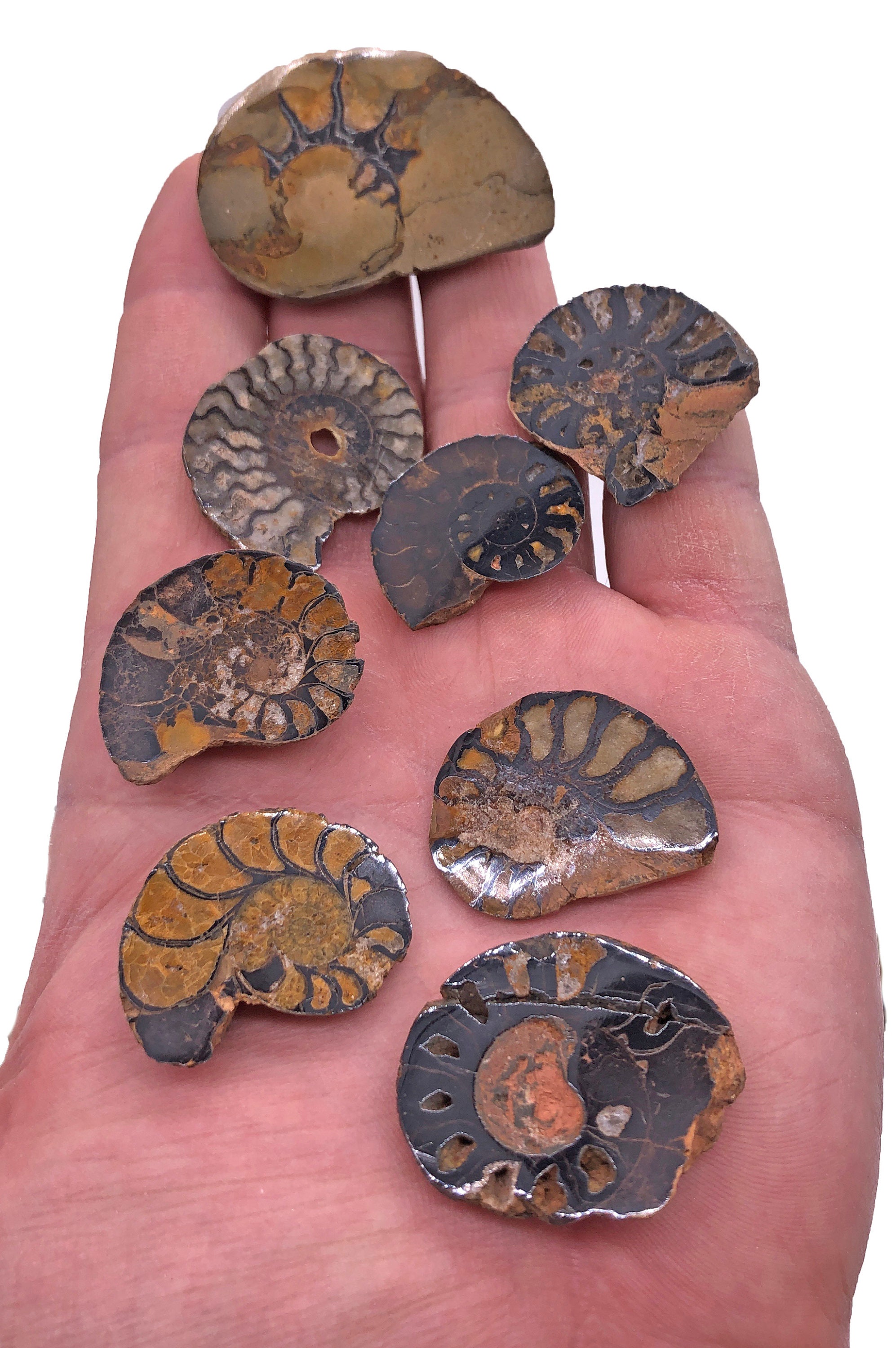 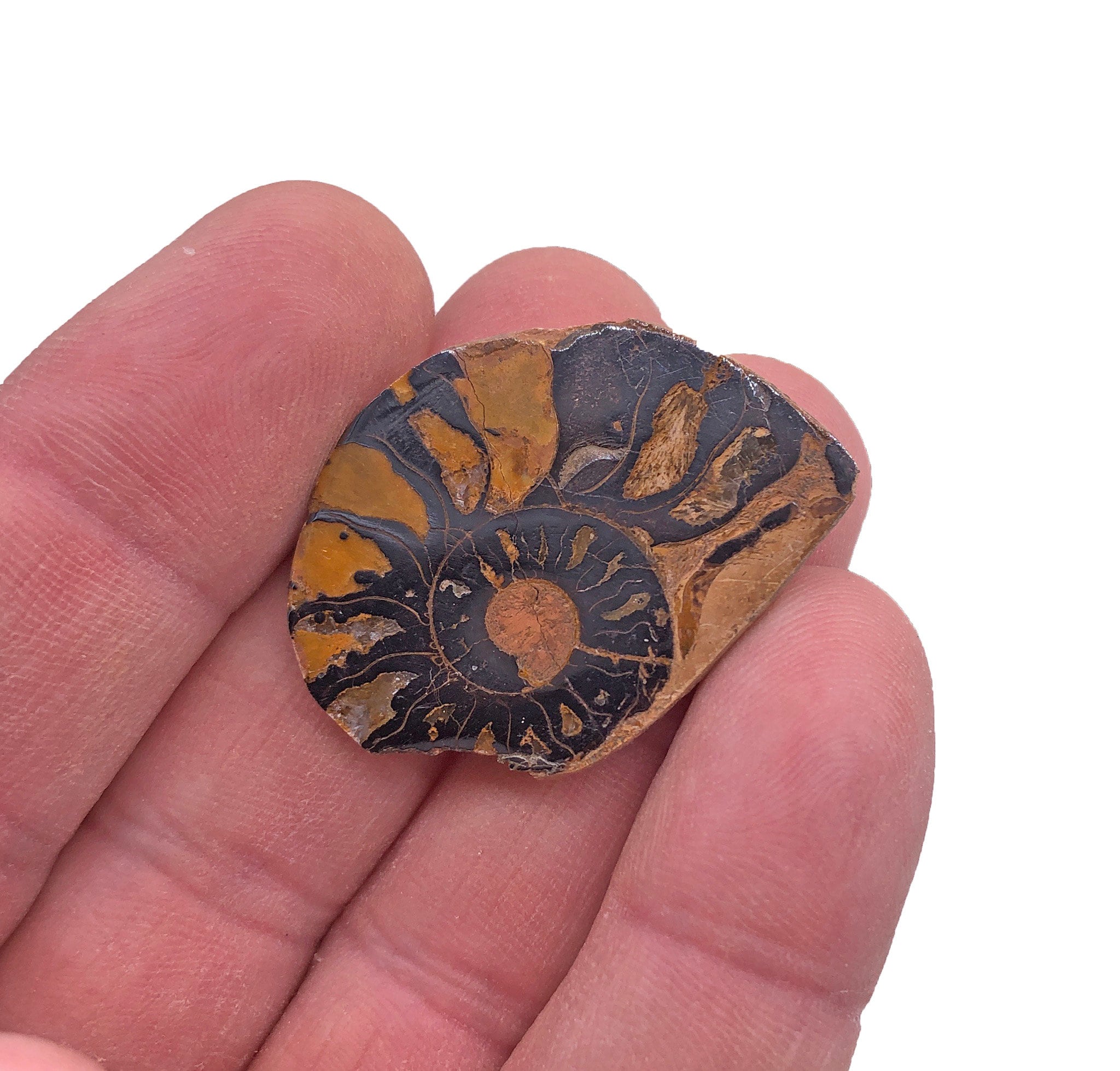 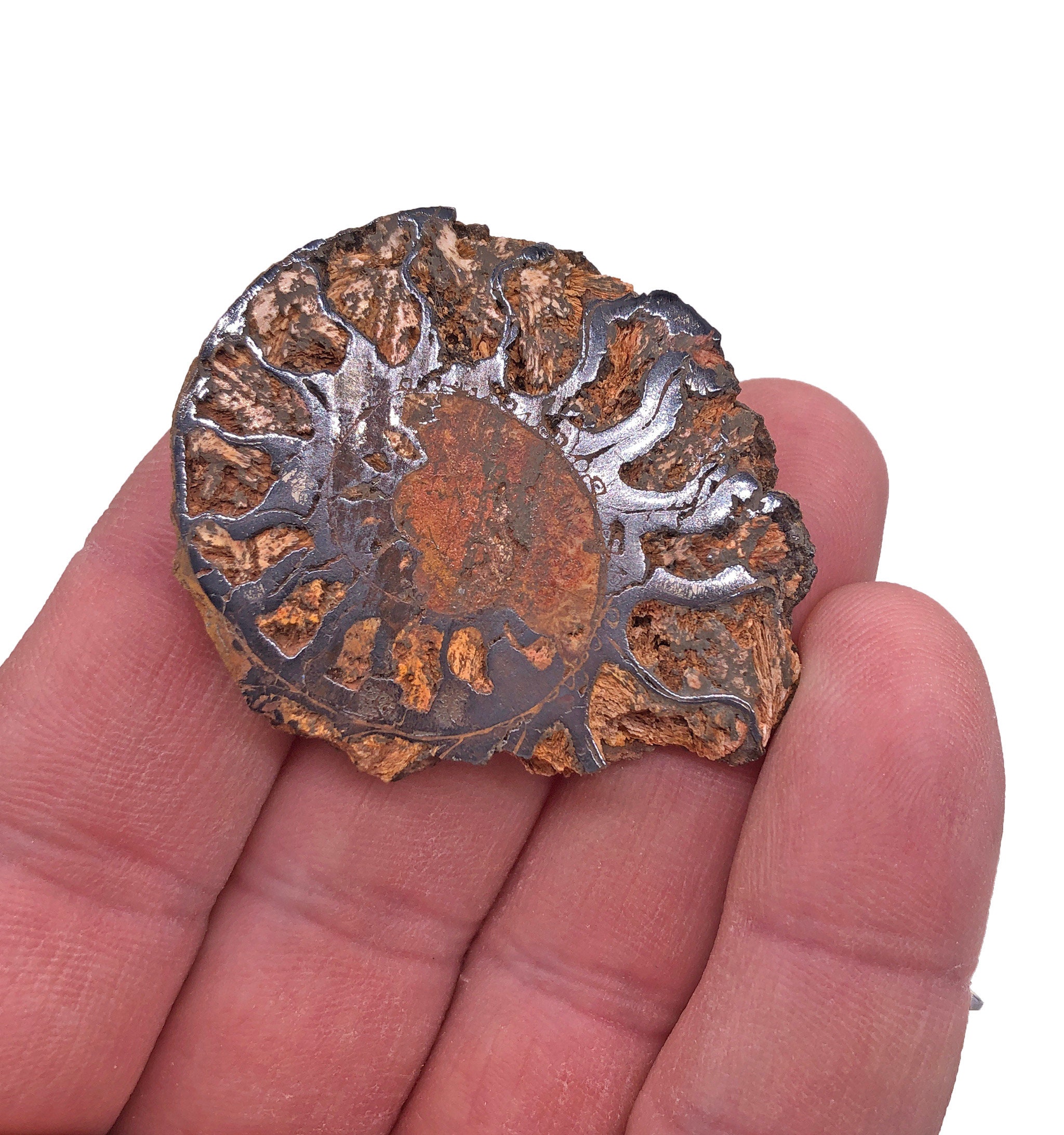 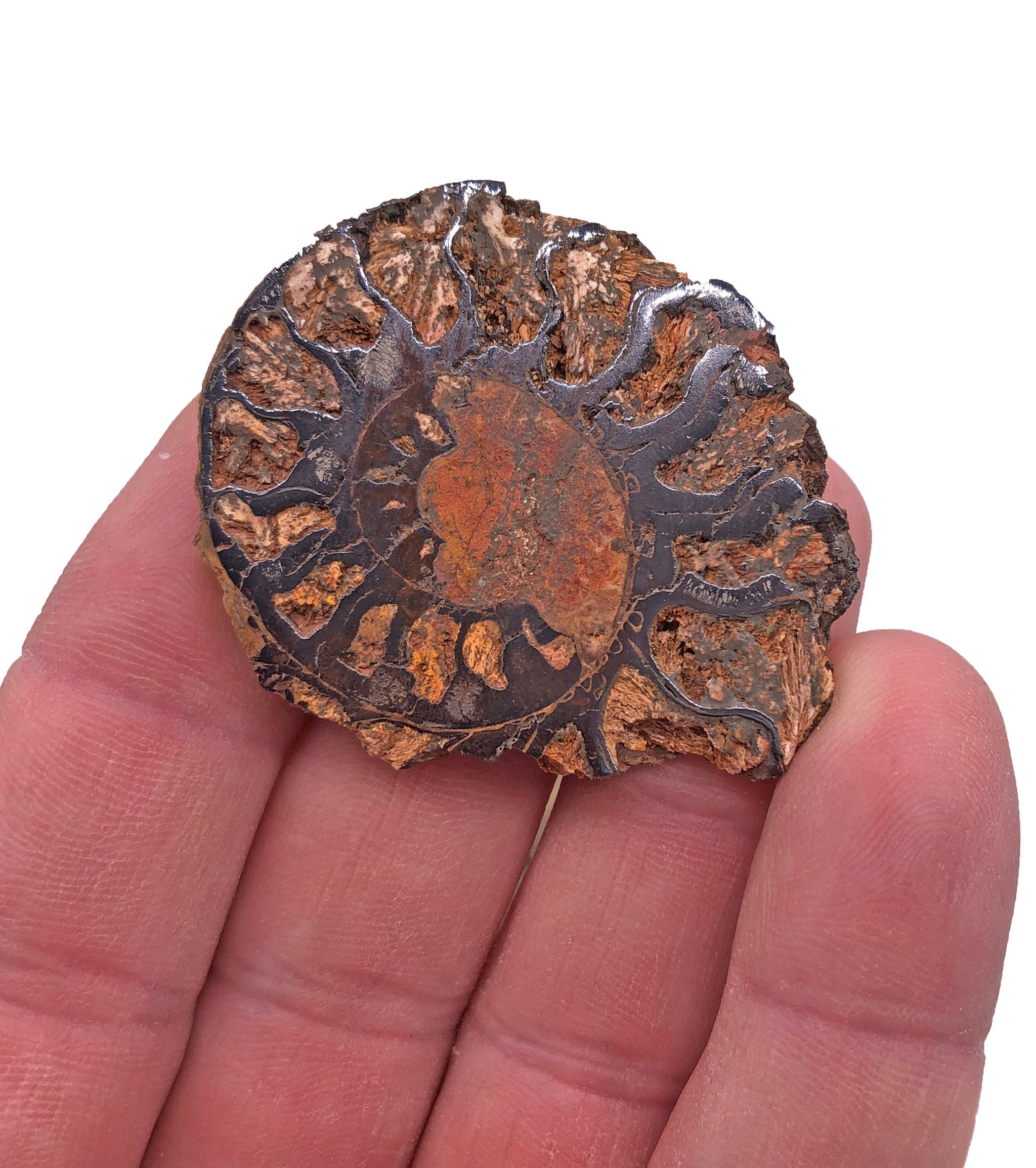 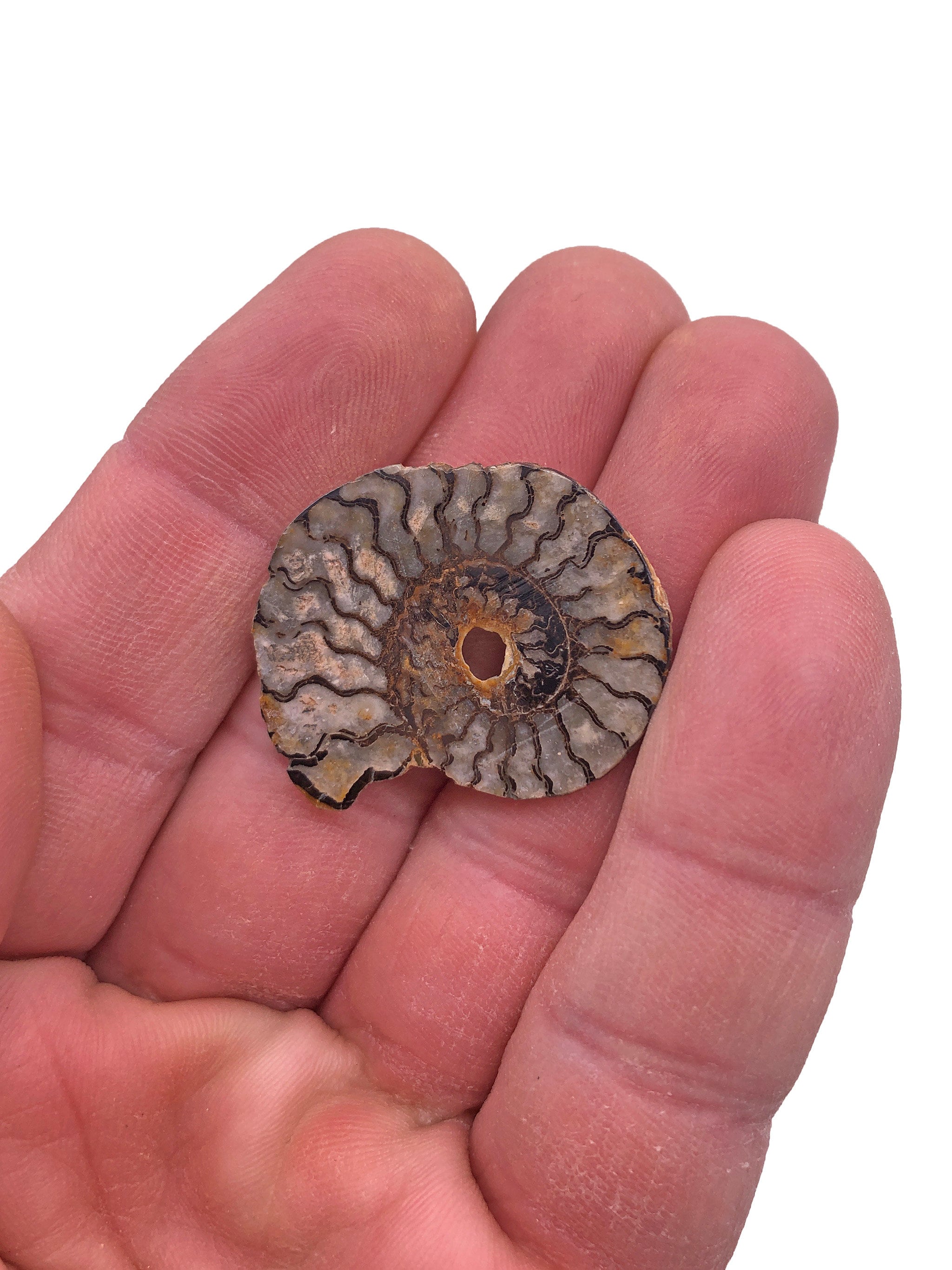 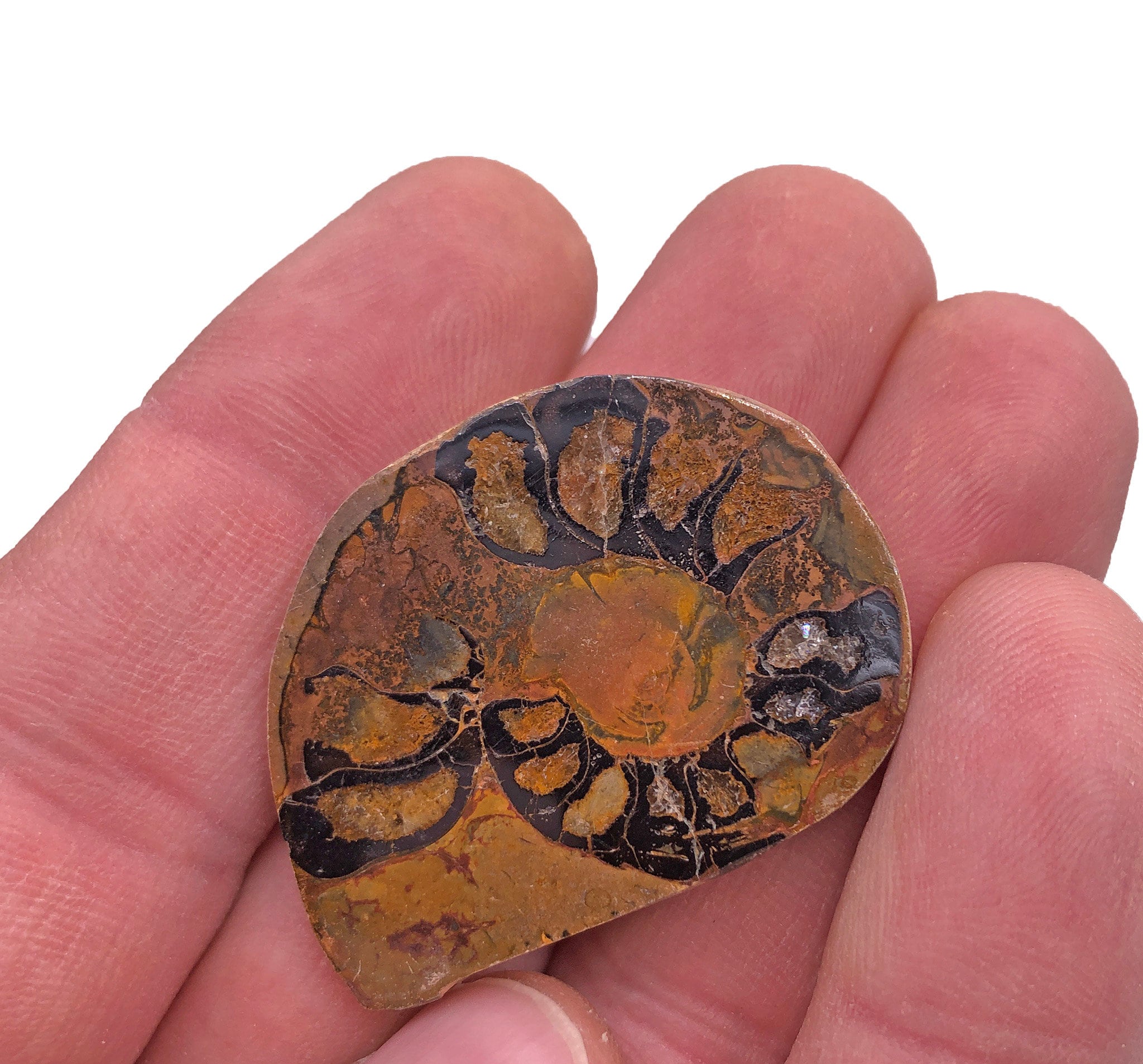 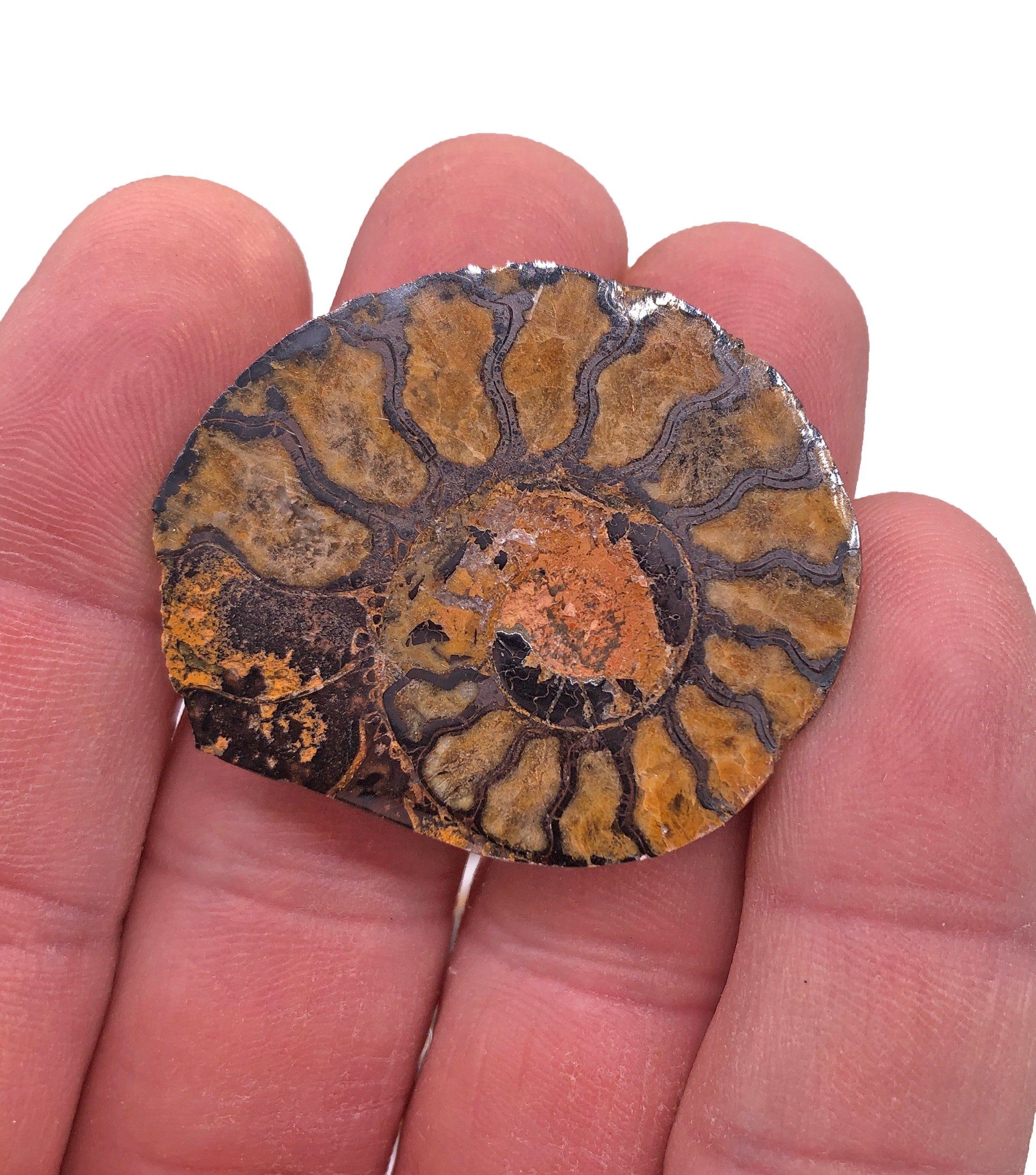 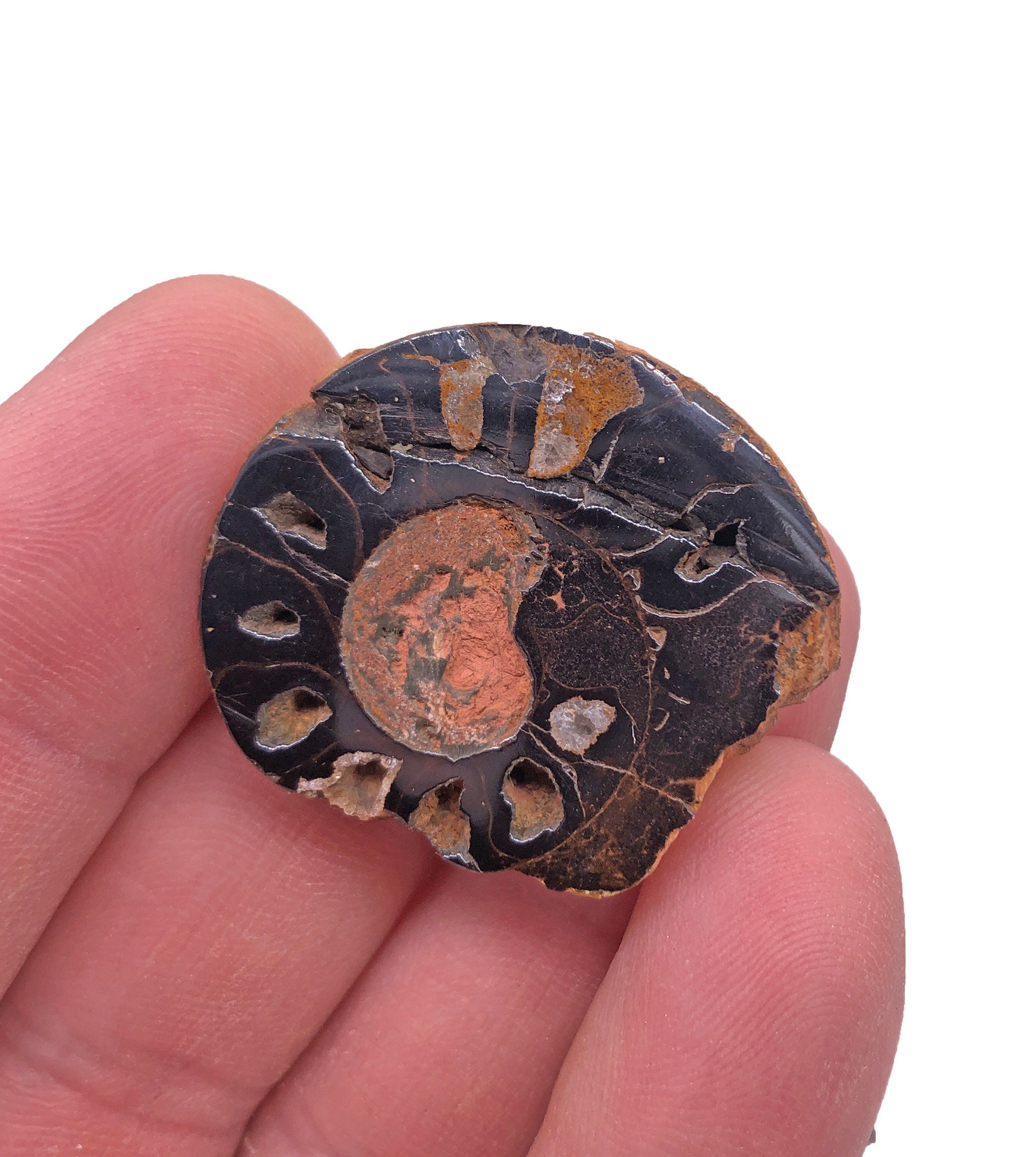 Love these! Polished face but with a rough look! The polished face shows off the shiny hematite very nicely. Some have calcite replacement as well.

You will receive 3 Ammonite halves. Note, they are not matching pairs. Photos to be used as reference only.

These slices are so delicate and beautiful!

Really beautiful, kinda got a small medium and large. Beautifully pyritized and the chambers have some crystallization. Would love to buy more!

ammonite my new passion! as pictured, love them, just have to figure out how to best use them in jewelry or just display them, thanks