Elasmosaurus Toy
All orders over $35 ship free within the US! 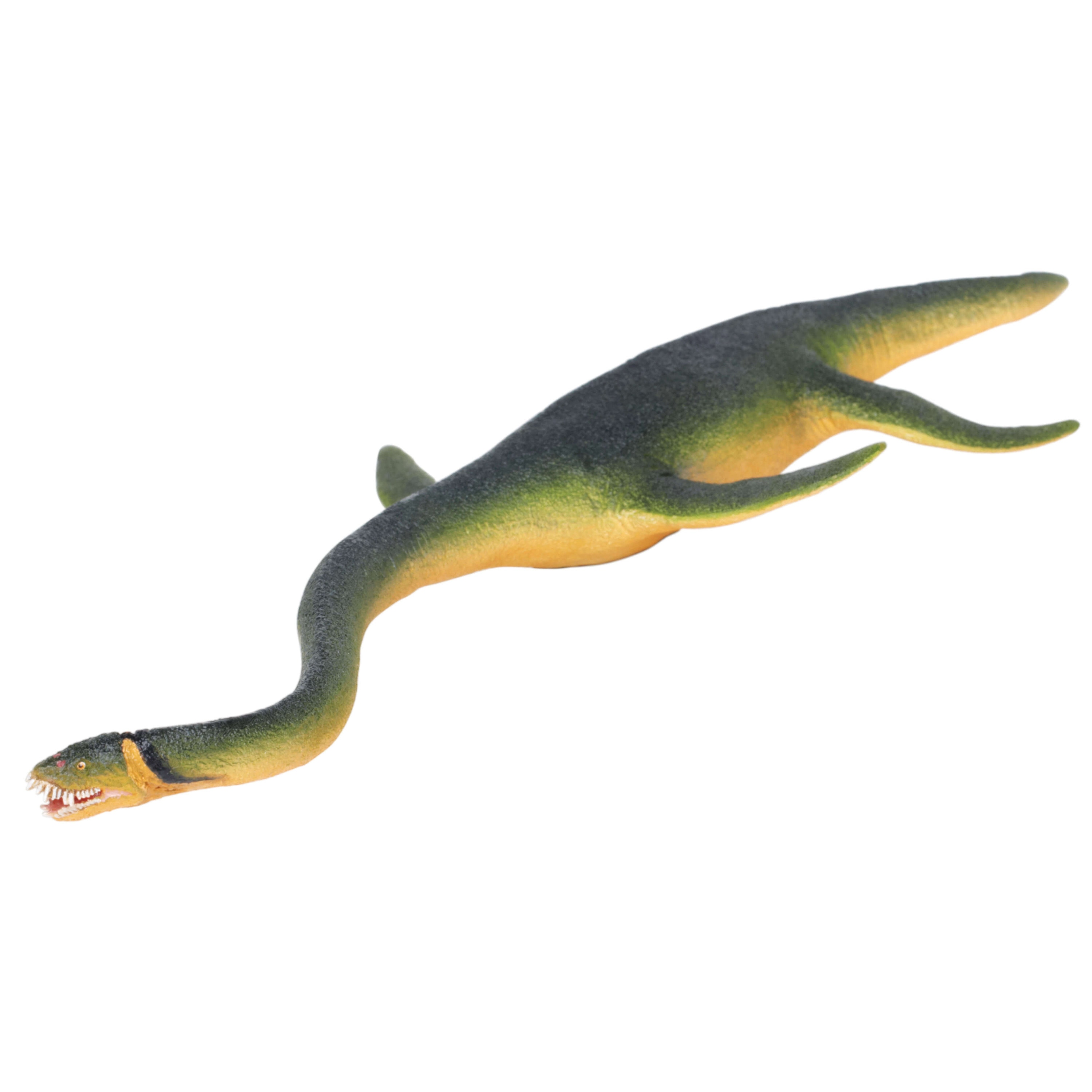 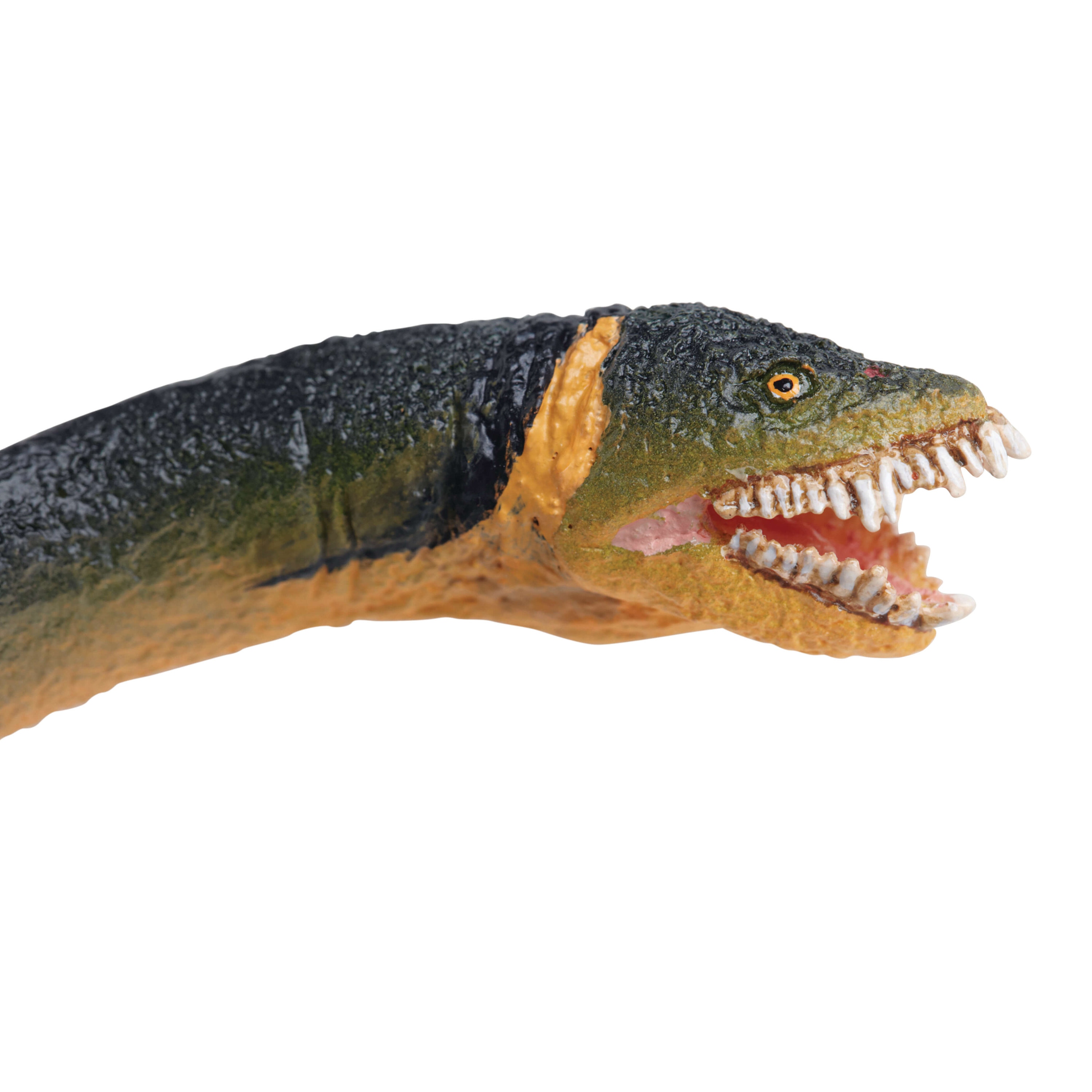 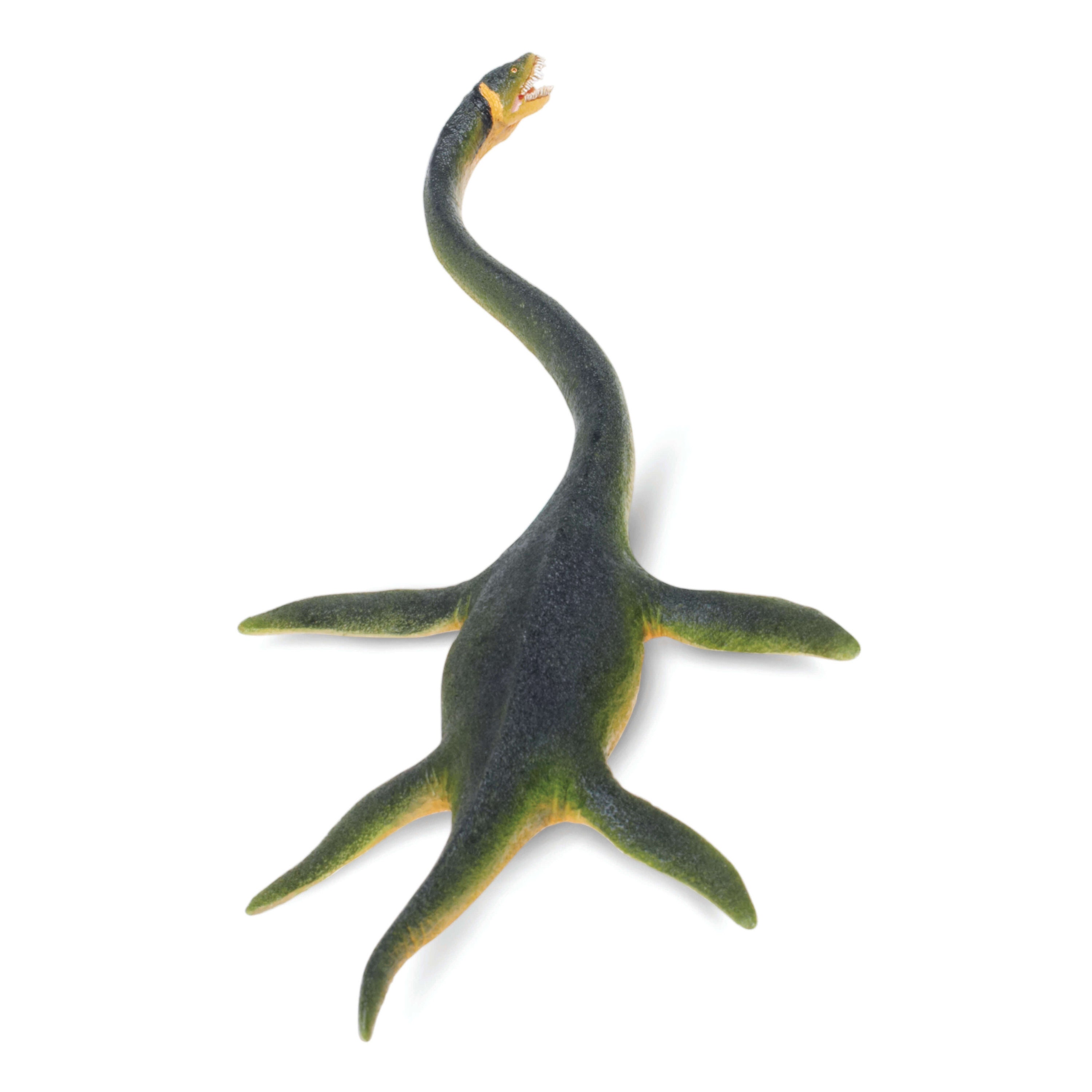 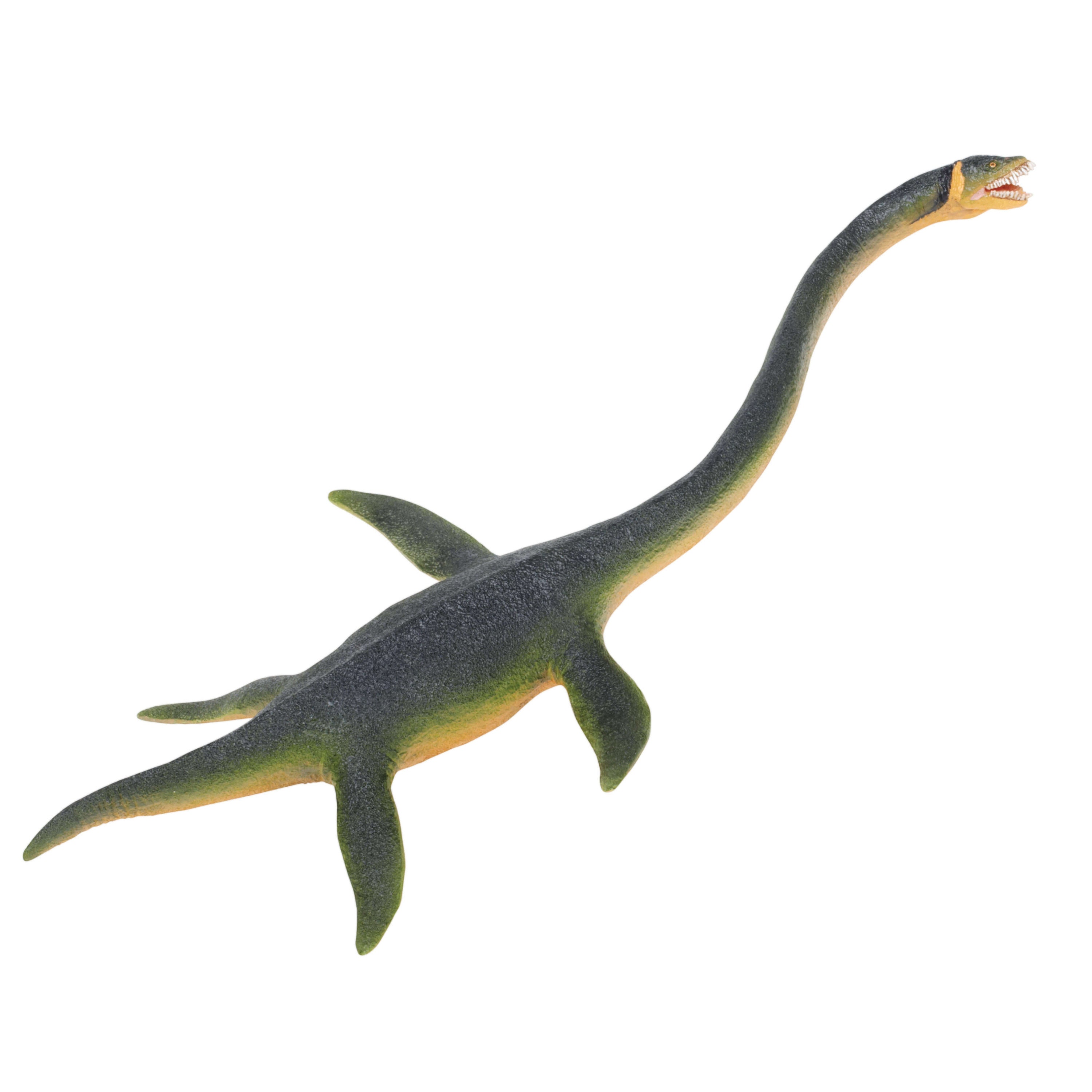 
Elasmosaurus was a large marine reptile that lived during the Late Cretaceous (about 80 million years ago) in a shallow sea that once covered what is now central North America. It belonged to a group of reptiles called plesiosaurs which are characterized by the possession of a very long neck, small head, turtle-shaped body with flippers rather than legs, and a short tail.

Scientific Name: Elasmosaurus, which means ‘thin plate lizard’. This odd name refers to the thin, plate-like bones in the hip skeleton of this animal.
Characteristics: At nearly 50 feet and three tons, Elasmosaurus was one of the biggest plesiosaurs. Although its head was quite small, its jaws were filled with long pointed teeth. Its long neck allowed Elasmosaurus to quickly swing its head in all directions and snatch fish as they swam by. All four limbs were modified into paddles that the Elasmosaurus used like oars to row itself through the water. The tail as too short to have been used for propulsion – it was probably used like a rudder to steer.
Size and Color: This model is 10 inches long and 4.75 inches wide. It has a dark green back so that its prey swimming above would not be able to distinguish it from the dark water below, and a lighter colored belly that blended with the lighter tinted waster and sky above.
The Elasmosaurus is part of the Wild Safari® Prehistoric World collection.
All of our products are Non-toxic and BPA free.