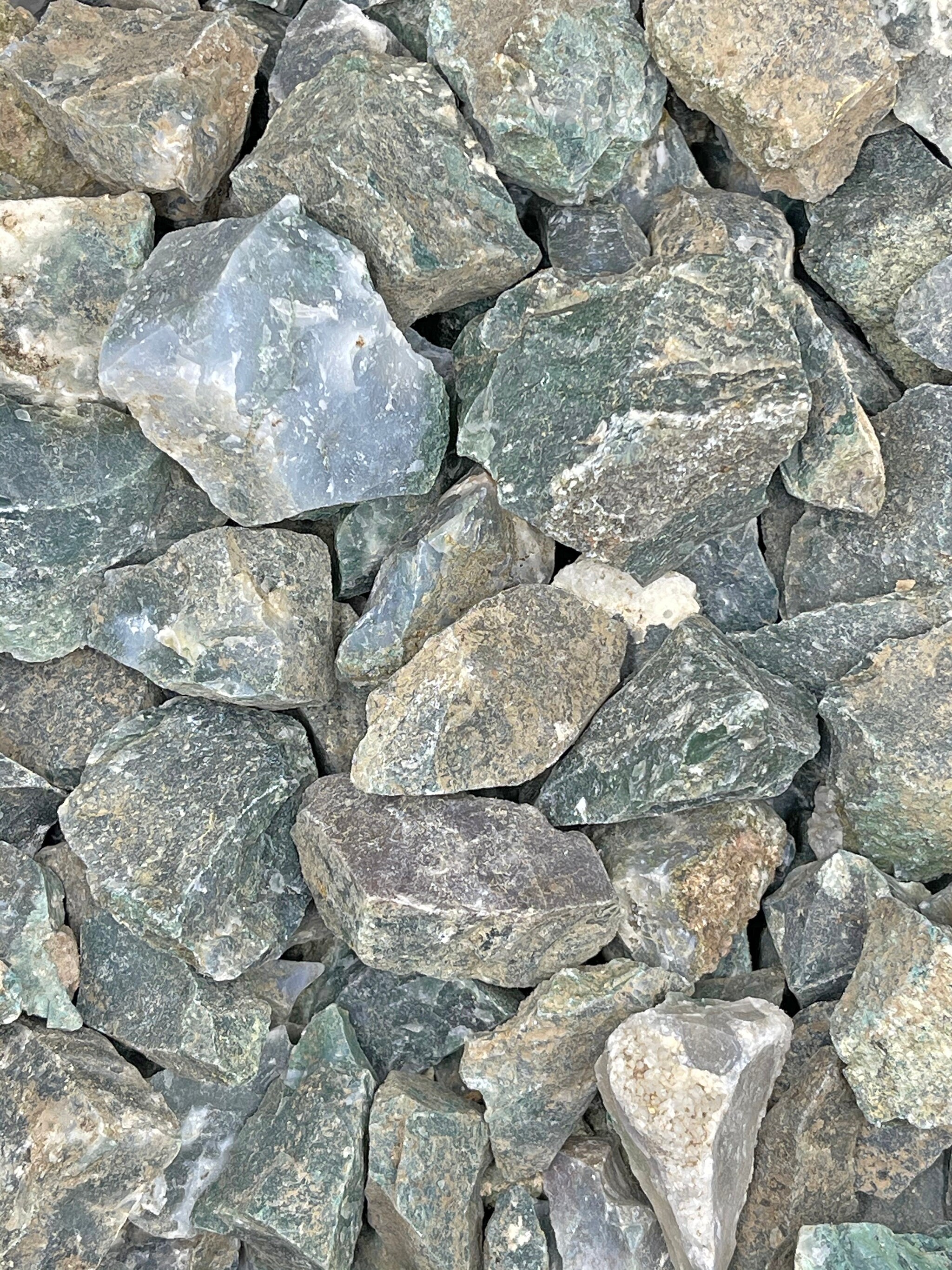 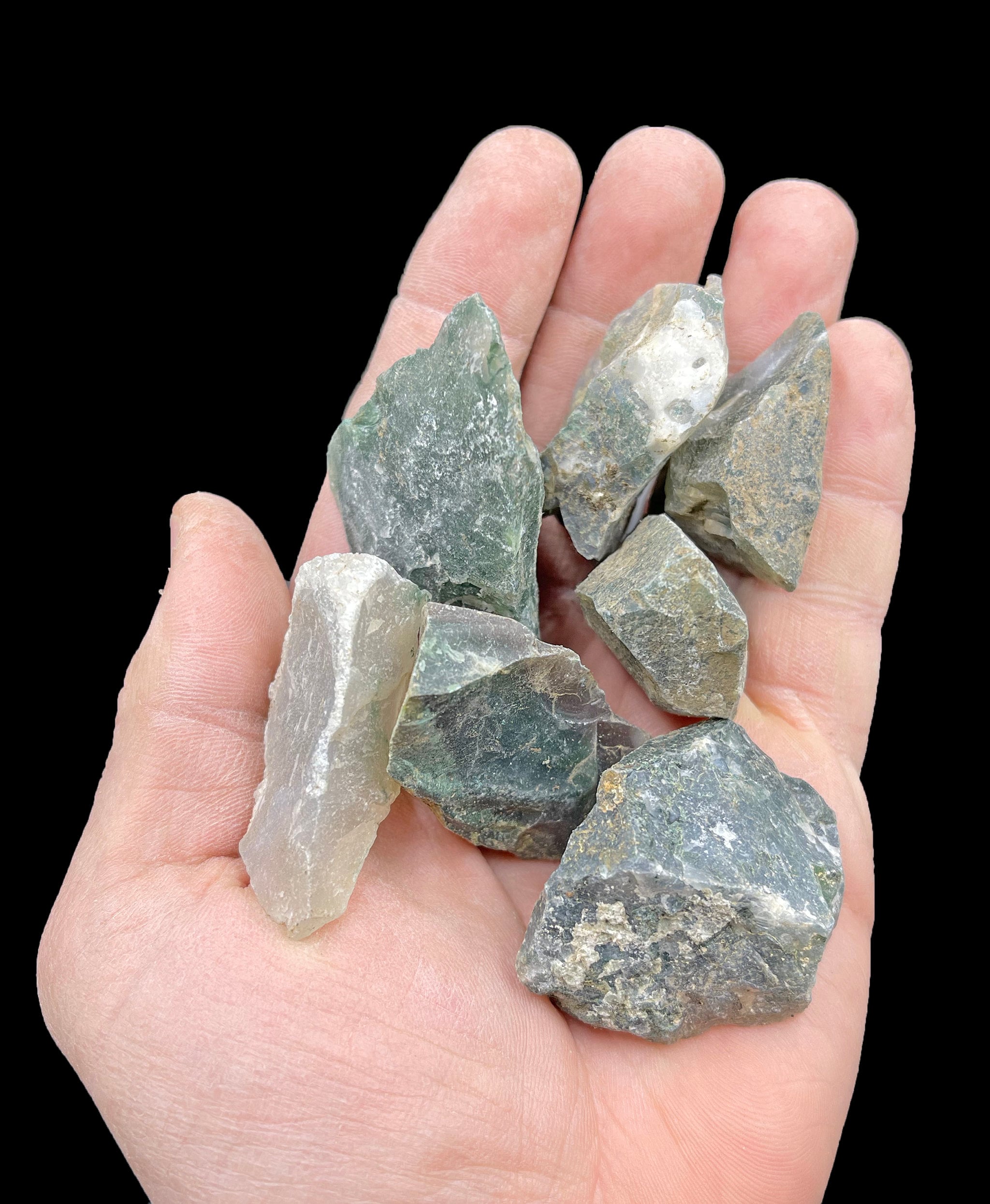 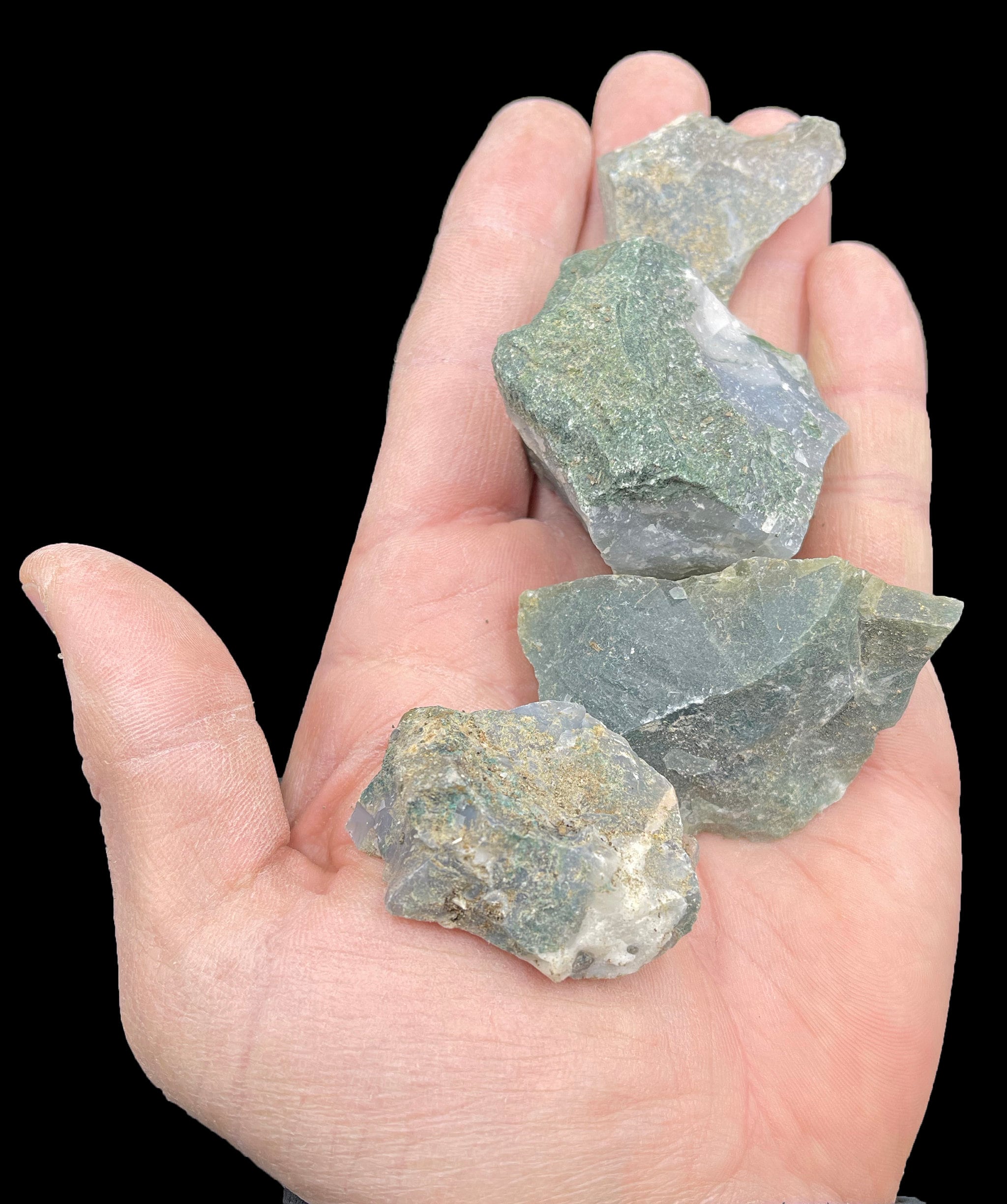 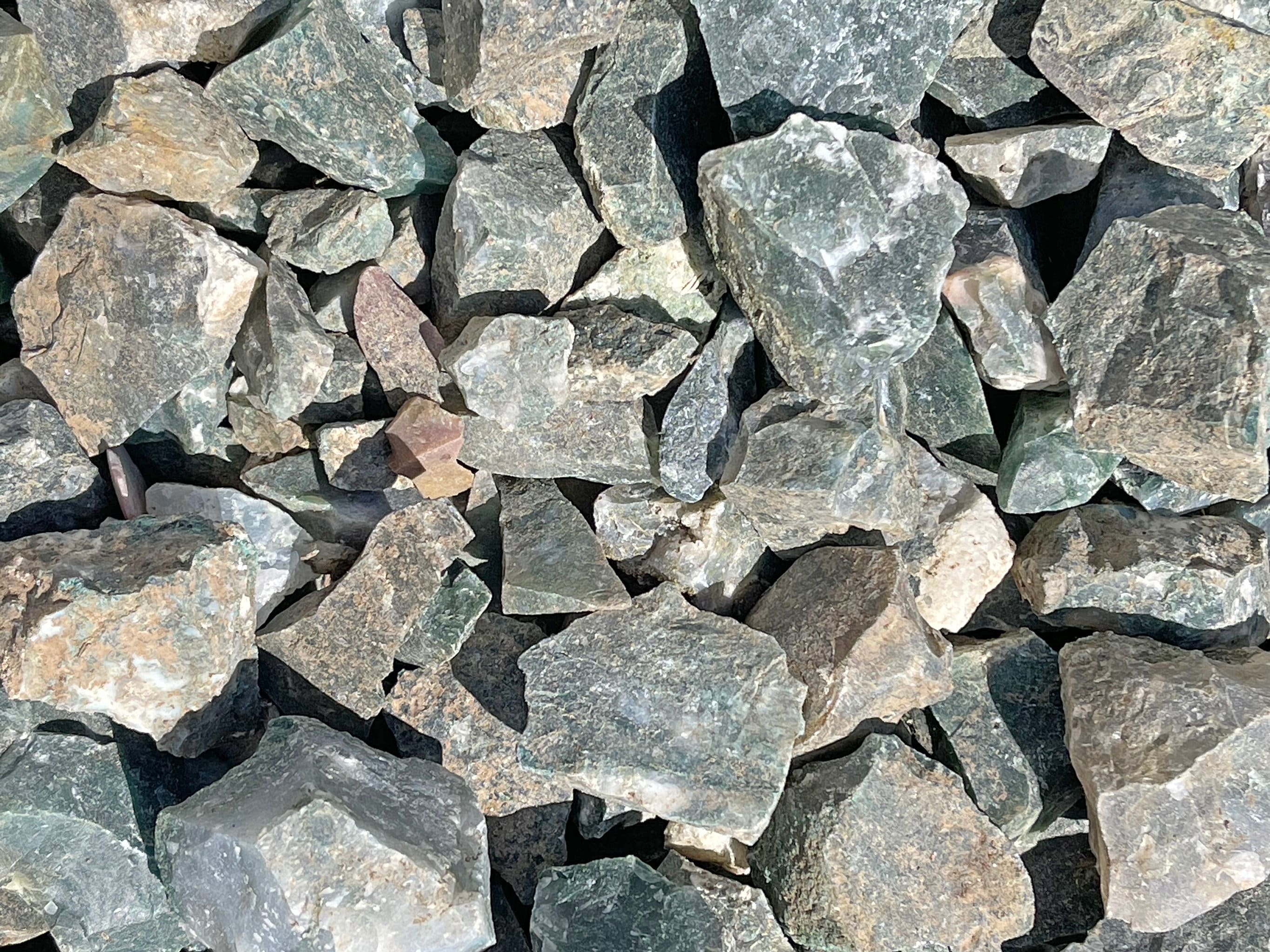 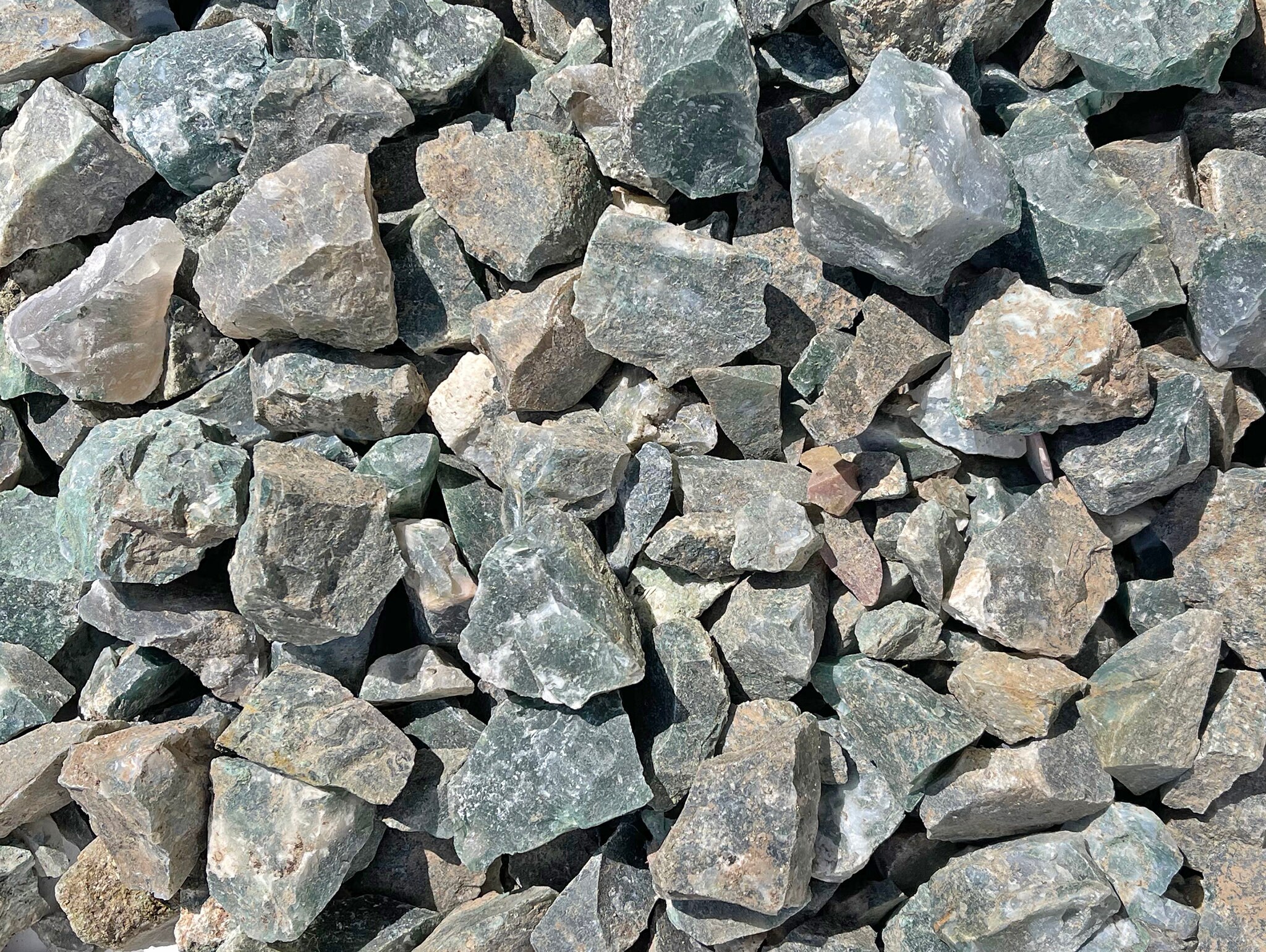 Each pound will be a random pull from our bulk supply. One pound will contain 10 - 20 pieces with sizes ranging from 1 - 2.5 inches.

Great packaging and shipping was prompt. Items arrived in good condition. They are pretty dusty with a bit of rock chips and dirt at the bottom; each bag was a solid pound and the sizes are good.

A lot of green, but so pretty! Two pieces where perfect in my opinion!